From WIRINGTHEBRAIN.blogspot.com
Editor's Note: Kevin Mitchell's rigorous neuroscience blog WIRINGTHEBRAIN is one of our daily favorites. It "highlights and comments on current research and hypotheses relating to how the brain wires itself up during development, how the end results can vary in different people and what happens when it goes wrong. It includes discussions of the genetic and neurodevelopmental bases of traits such as intelligence and personality, as well as conditions such as schizophrenia, autism, dyslexia, epilepsy, synaesthesia and others."
By Kevin Mitchell
Posted Wednesday, April 4, 2012
A trio of papers in this week’s Nature identifies mutations causing autism in four new genes, demonstrate the importance of de novo mutations in the etiology of this disorder and suggest that there may be 1,000 or more genes in which high-risk, autism-causing mutations can occur. 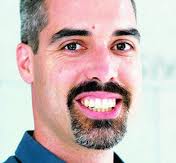 These studies provide an explanation for what seems like a paradox: on the one hand, twin studies show that autism is very strongly genetic (identical twins are much more likely to share a diagnosis than fraternal twins) – on the other, many cases are sporadic, with no one else in the family affected. How can the condition be “genetic” but not always run in the family? The explanation is that many cases are caused by new mutations – ones that arise in the germline of the parents. (This is similar to conditions like Down syndrome). The studies reported in Nature are trying to find those mutations and see which genes are affected.
They are only possible because of the tremendous advances in our ability to sequence DNA. The first genome cost three billion dollars to sequence and took ten years – we can do one now for a couple thousand dollars in a few days. That means you can scan through the entire genome in any affected individual for mutated genes. The problem is we each carry hundreds of such mutations, making it difficult to recognise the ones that are really causing disease.

The solution is to sequence the DNA of large numbers of people with the same condition and see if the same genes pop up multiple times. That is what these studies aimed to do, with samples of a couple hundred patients each. They also concentrated on families where autism was present in only one child and looked specifically for mutations in that child that were not carried by either parent – so-called de novo mutations, that arise in the generation of sperm or eggs. These are the easiest to detect because they are likely to be the most severe. (Mutations with very severe effects are unlikely to be passed on because the people who carry them are far less likely to have children).

There is already strong evidence that de novo mutations play an important role in the etiology of autism – first, de novo copy number variants (deletions or duplications of chunks of chromosomes) appear at a significantly higher rate in autism patients compared to controls (in 8% of patients compared to 2% of controls). Second, it has been known for a while that the risk of autism increases with paternal age – that is, older fathers are more likely to have a child with autism. (Initial studies suggested the risk was up to five-fold greater in fathers over forty – these figures have been revised downwards with increasing sample sizes, but the effect remains very significant, with risk increasing monotonically with paternal age). This is also true of schizophrenia and, in fact, of dominant Mendelian disorders in general (those caused by single mutations). The reason is that the germ cells generating sperm in men continue to divide throughout their lifetime, leading to an increased chance of a mutation having happened as time goes on.

The three studies in Nature were looking for a different class of mutation – point mutations or changes in single DNA bases. They each provide a list of genes with de novo mutations found in specific patients. Several of these showed a mutation in more than one (unrelated) patient, providing strong evidence that these mutations are likely to be causing autism in those patients. The genes with multiple hits include CHD8, SCN2A, KATNAL2 and NTNG1. Mutations in the last of these, NTNG1, were only found in two patients but have been previously implicated as a rare cause of Rett syndrome. This gene encodes the protein Netrin-G1, which is involved in the guidance of growing nerves and the specification of neuronal connections. CHD8 is a chromatin-remodeling factor and is involved in Wnt signaling, a major neurodevelopmental pathway, as well as interacting with p53, which controls cell growth and division. SCN2A encodes a sodium channel subunit; mutations in this gene are involved in a variety of epilepsies. Not much is known about KATNAL2, except by homology – it is related to proteins katanin and spastin, which sever microtubules – mutations in spastin are associated with hereditary spastic paraplegia. How the specific mutations observed in these genes cause the symptoms of autism in these patients (or contribute to them) is not clear – these discoveries are just a starting point, but they will greatly aid the quest to understand the biological basis of this disorder.

The fact that these studies only got a few repeat hits also means that there are probably many hundreds or even thousands of genes that can cause autism when mutated (if there were only a small number, we would see more repeat hits). Some of these will be among the other genes on the lists provided by these studies and will no doubt be recognisable as more patients are sequenced. Interestingly, many of the genes on the lists are involved in aspects of nervous system development or function and encode proteins that interact closely with each other – this makes it more likely that they are really involved.

These studies reinforce the fact that autism is not one disorder - not clinically and not genetically either. Like intellectual disability or epilepsy or many other conditions, it can be caused by mutations in any of a very large number of genes. The ones we know about so far make up around 30% of cases – these new studies add to that list and also show how far we have to go to complete it.

We should recognise too that the picture will also get more complex – in many cases there may be more than one mutation involved in causing the disease. De novo mutations are likely to be the most severe class and thus most likely to cause disease with high penetrance themselves. But many inherited mutations may cause autism only in combination with one or a few other mutations.

These complexities will emerge over time, but for now we can aim to recognise the simpler cases where a mutation in a particular gene is clearly implicated. Each new gene discovered means that the fraction of cases we can assign to a specific cause increases. As we learn more about the biology of each case, those genetic diagnoses will have important implications for prognosis, treatment and reproductive decisions. We can aim to diagnose and treat the underlying cause in each patient and not just the symptoms. 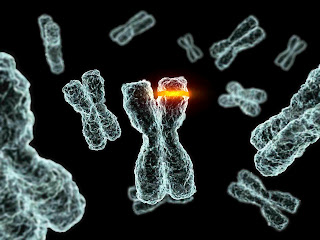