Editor's Note: Thomas Insel is the director of the National Institute of Mental Health (NIMH) and the chair of the Interagency Autism Coordinating Committee (IACC) in the U.S.

By Thomas Insel
Posted in the NIH Director's Blog Wednesday, April 4, 2012
Last week’s autism news was about prevalence. The CDC reported a 78 percent increase in autism prevalence since 2002. This week’s autism news is about genetics—three papers in Nature describe new genes associated with autism. For many people, these two stories seem contradictory or, at best, unrelated. Increasing prevalence suggests environmental factors like chemicals and microbes changing over the past decade, whereas genes change over generations. Why is anyone looking for genetic causes when there is such a rapid increase in prevalence? Shouldn’t every research dollar be invested in finding the environmental culprit rather than searching for rare gene variants? 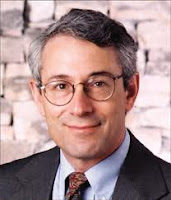 The simple answer is that some autism is genetic. Autism, like schizophrenia and mood disorders, includes many syndromes. Indeed, we should probably speak of the “autisms.” Some of these autisms are single gene disorders, such as Fragile X, tuberous sclerosis, and Rett syndrome. While these rare genetic disorders account for less than 5 percent of children within the autism spectrum, children with any of these disorders are at high risk for autism, roughly a 30-fold higher risk than the general population and higher than any of the other known risk factors. Recent genomics research has discovered that many children diagnosed within the autism spectrum have other genetic mutations that have not yet been designated as named syndromes. Each of these mutations is rare, but in aggregate they may account for 10 - 20 percent or more of what we have been calling the autisms.1

The new papers published today in Nature use an approach called whole exome sequencing, mapping every base of DNA across the exome—the 1.5 percent of the genome known to code for protein. The three research groups are members of the Autism Sequencing Consortium (ASC), an international team of autism genetics researchers. All three look for de novo or spontaneous mutations, changes in DNA sequence that are not found in either parent. Recent sequencing studies in the general population have demonstrated that each of us diverges genomically from our parents — the process of reproduction introduces variation even beyond the random mixture of the genomes we inherit from mom and dad. People with autism and schizophrenia are far more likely to have large de novo copy number variants, sometimes a million bases of DNA that are abnormally duplicated or deleted and not found in either parent.

These new papers go beyond the previous discovery of de novo copy number variants to identify de novo single base changes associated with autism. This is tough sailing because there are so many of these changes in all of us and most of these single base changes have no impact. These studies tried to improve the odds of success by focusing on individuals from families with no one else affected (these are called “simplex” families), and sometimes comparing the individual with autism to a sibling without autism. The results are intriguing.

There is no breakthrough or single gene that is a major new cause of autism. But the role of genetics becomes even more evident when these single base changes are considered. For instance, an individual with autism is nearly 6-fold more likely to have a functional variant in genes expressed in the brain. Sanders et al. estimate as many as 14 percent of affected individuals have such a risk variant.2 This 14 percent is in addition to the 10–20 percent with a large copy number variant or identified genetic syndrome. O’Roak et al. find that 39 percent of these variants are related to a specific biochemical pathway, important for brain signaling.3 And Neale et al., while cautioning that the net effect of all of these changes still leave much of the risk for autism unexplained, note the roles of a few specific genes as genuine risk factors.4

Stepping back from this flood of genomic information, what is most important? First, these reports along with previous publications confirm that genetic risk is both complex and substantial. While individual genes appear to confer limited risk, the aggregate effect of spontaneous coding mutations across the genome is now estimated to increase the risk of autism by 5–20-fold.4 Complex genetics does not mean modest effects.

Second, the kinds of small and large genetic changes associated with autism are common in everyone. Risk is conferred not by the size of the mutation or the number of mutations (we all have many) but by the location. Increasingly, we see that interference with the genes involved in development of synapses confer risk; a similar change upstream or downstream does not.

A third point takes us back to the questions we started with. It is important to understand that de novo mutations may represent environmental effects. In other words, environmental factors can cause changes in our DNA that can raise the risk for autism and other disorders. One of these papers reports that spontaneous changes are four times more likely to show up in paternally inherited DNA and are correlated with paternal age.2 The father’s germline, his sperm cells, turn over throughout the lifespan. Presumably, with advancing paternal age, there are a greater number of spontaneous mutations and a greater likelihood that some of these will affect risk genes. Environmental factors and exposures can cause sperm cells to develop mutations that are not found in the father’s somatic, or body cell, DNA, but these new, spontaneous mutations can be passed to the next generation, raising the risk for developing autism. In the initial report of the relationship between autism and paternal age, boys with autism were 6-fold more likely to have a father in his 40s vs his 20s. In girls with autism, this difference went up to 17-fold.5 Paternal age has, of course, increased in the past few decades. This does not explain the increasing prevalence of autism, but it may contribute.

Is autism genetic or environmental? These new studies suggest it can be both. Genetics will not identify the environmental factors, but it may reveal some of the many syndromes within the autism spectrum (as in other neurodevelopmental disorders), it can define risk (as in other medical disorders), and it should yield clues to the biology of autism (revealing potential targets for new treatments). These three new papers on spontaneous mutations are an important milestone in a long journey. In parallel we need to find environmental factors, recognizing that there will be many causes for the autisms and many roads to find them.

Finally, an unavoidable insight from these new papers is that autism even when genetic may be spontaneous and not inherited in the sense that one or both parents carry some reduced form of the syndrome. Perhaps this insight will finally reduce the “blame the parents” legacy perpetuated for too long in the absence of scientific evidence.
References