In a major shift, the U.S. Office of Personnel Management said that it has determined there is enough evidence behind the use of ABA therapy to deem it a medical rather than an educational service. 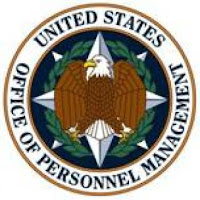 The office is responsible for managing benefits for federal government employees, so the announcement paves the way for health plans offered to government workers to include coverage for the popular autism therapy for the first time.

What’s more, autism advocates say it sets an important precedent since the U.S. government is the nation’s largest employer.

“The decision directly contradicts a longstanding insurance industry claim that ABA is not ‘medical,’ but rather ‘educational’, provided by the schools at taxpayer expense...”

“The OPM decision directly contradicts a long-standing insurance industry claim that ABA therapy is not ‘medical,’ but rather ‘educational’ — provided by the schools at taxpayer expense,” said Peter Bell, executive vice president for programs and services at Autism Speaks. “Now, tens of thousands of families will have better access to more affordable, critical ABA treatment.”

Currently, 30 states require that health insurance plans include ABA therapy, according to Autism Speaks, which has lobbied heavily for such legislation.

Under the new rules, coverage for ABA therapy may be included in health plans provided to federal workers starting in 2013.

From the Autism Speaks Blog

The ABA Decision - A Closer Look

A quiet decision by a federal agency this spring has generated a lot of noise this week within the autism community because of its real and potential impact on the ability of families all across America to access Applied Behavior Analysis (ABA) for their children. Since the U.S. Office of Personnel Management (OPM) made the case for health insurance coverage for ABA for the nation’s eight million federal employees, retirees and their dependents, reactions across the autism community have ranged from celebration to concerns over how the decision could impact existing services.

The Government Relations team at Autism Speaks offers a closer look at the OPM decision and its implications:

The federal government is the nation’s largest employer and manages benefits, such as the Federal Employees Health Benefits (FEHB) program, through the OPM, similar to the Human Resources department of most companies. The FEHB is often referenced as the “gold standard” for health insurance, yet for years had consistently declined to include ABA coverage as a benefit on the basis that the therapy was educational. In use since the early 1960s, ABA has become the most widely used behavioral intervention used to treat autism, but can cost families as much as $60,000 a year.

So what changed? OPM issued new guidance to the health plans that participate in the FEHB Program for policies they will renew or issue in 2013. The guidance, issued in mid-April, but not publicized until May 30, reads:

“The OPM Benefit Review Panel recently evaluated the status of Applied Behavior Analysis (ABA) for children with autism. Previously, ABA was considered to be an educational intervention and not covered under the FEHB Program. The Panel concluded that there is now sufficient evidence to categorize ABA as medical therapy. Accordingly, plans may propose benefit packages which include ABA.”

The implications of this determination are huge. Not only will the eight million federal beneficiaries finally have the opportunity to access coverage for ABA, but many other health insurance plans could end up following suit. The argument that ABA is purely educational has been at the core of the insurance industry’s opposition to providing coverage for behavioral health treatments for individuals with autism. That argument has now suffered a significant setback.

But will this determination now encourage school districts to stop offering ABA as an educational service? On the basis of this decision, the answer is no. The right to a Free Appropriate Public Education (FAPE) is not affected by OPM’s guidance. FAPE is an educational right for children with disabilities that is guaranteed by the Rehabilitation Act of 1973 and the Individuals with Disabilities Education Act (IDEA).

Meanwhile, legislation recently passed the U.S. House of Representatives that would expand autism coverage under TRICARE for military families. It still has to work its way through the Senate and to the President’s desk, but the House passage was a huge step forward. In resisting better ABA coverage, the Department of Defense also has relied on the argument that ABA is strictly educational.

The OPM decision culminated years of effort by stakeholders to convince the FEHB Program to cover autism treatment, specifically behavioral health treatments such as ABA. Autism Speaks has met with OPM officials over the past few years to make the case for coverage for the FEHB. We believe that many self-funded plans offered by private employers which look to the FEHB Program as their model will now no doubt add the benefit as well.

The true impact of this decision will become more clear over time. Approximately 250 health plans participate in the FEHB program and it is not known yet how many will choose to incorporate the ABA benefit in their 2013 offerings.

We still have work to do. A federal requirement impacting all ERISA plans remains the priority.

Working to ensure that states include behavioral health treatment in their healthcare exchanges as Congress intended under federal health care reform also is key. Twenty states still need to make meaningful autism insurance reform the law; other early-adopting states need to follow the examples of Louisiana, Texas and Vermont and expand their coverage. Implementation and enforcement is an ongoing challenge. And we must work to ensure that all military families, no matter their duty status, gain access to the medically necessary care they need under TRICARE.

State-by-state, plan-by-plan, we are slowly but surely changing the national landscape. Adding the world’s largest health plan to the list of those that provide meaningful autism coverage was a remarkable step forward.
at 12:31 PM