The N.Y. Time's David Halbfinger recently took a look at high and rising costs of preschool special education in New York City and state. While New York's high costs are a bit of an outlier nationally, special ed pre-k is a significant, but often overlooked part of both state early childhood and special ed systems that deserves increased attention.

Under IDEA, preschool-aged children who have been identified with a disability are entitled to special education and related services in the least restrictive environment. In practice, this means that states or school districts must provide preschool for children with disabilities.

Nationally, about 8 percent of 3-5-year-olds receive special education preschool services under what is known as Section 619 of IDEA, the majority of them in general preschool and Head Start settings, including state pre-k. The federal government provides about $373 million annually for special ed preschool, and $444 million for IDEA services to infants and toddlers--but these resources cover only a fraction of the costs of preschool special ed, the remainder of which must be borne by states and local school districts.

The National Institute for Early Education Research estimates that states and local school districts spent about $6 billion on special ed preschool in 2011--roughly the same amount they spent on state-funded and universal pre-k programs, which serve substantially more children. Add in the cost of mandated early intervention services, and states are actually spending more on preschool and early childhood services for children with disabilities than they are on all other early childhood services combines.

This fact should raise questions for policymakers. Obviously, policymakers have an obligation, both in law and morally, to ensure that we are meeting the educational and developmental needs of our must vulnerable preschoolers. And there is clear evidence that intervening early with high-quality early childhood education can improve long-term outcomes for children with disabilities and in some cases reduce costs down the road.

"...should state and local governments really be spending more on services for the less than 10% of preschoolers with disabilities than they do on all other preschool-aged children combined?"

But should state and local governments really be spending more on services for the less than 10% of preschoolers with disabilities than they do on all other preschool-aged children combined?

Particularly given increasing research evidence that poverty and related early childhood trauma can be just as great risk factors for children's later learning and life outcomes as some disabilities? And the evidence that investing in quality pre-k now can reduce rates of special education placement later?

Is it possible that, if we incorporated preschool services for children with disabilities into more universal systems of quality pre-k for at-risk youngsters, we might actually achieve efficiencies that could partially offset the costs of expanded services, while also better serving youngsters with disabilities in more inclusive environments?

And, if we can build inclusive universal preschool systems that generate reductions in K-12 special ed costs, can we design financing mechanisms that capture those savings to pay for part of the costs of pre-K?

These are incredibly politically dicey questions to ask, but they're important ones if we care about both improving outcomes for young children--including those with disabilities--and shepherding public early childhood resources wisely.

Ultimately neither children with disabilities, nor other at-risk preschoolers, are well-served by avoiding tough questions on this topic. 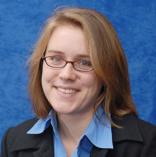 As the movement to privatize public schools grows stronger, we should pay attention to the costs of privatization.

Those who push for privatization also claim that private business operates more efficiently than government and will thus save taxpayers’ dollars.

If only it were true.

The latest example in the privatization sage was a story in the New York Times of June 6 about what has happened to the cost of privatized special education for preschool children in New York City. The cost, now at $1 billion for 25,000 children of ages 3 and 4, has doubled in the past six years. It is far more than is paid for the same services in other cities and states.

"New York City now spends about $40,000 per child in the program. Says the article, “Massachusetts, whose program is considered “resource-rich” by experts in the field, spends less than $10,000 a child.”

New York City now spends about $40,000 per child in the program. Says the article, “Massachusetts, whose program is considered “resource-rich” by experts in the field, spends less than $10,000 a child.”

Oversight by the city and state has been lax, and efforts to tighten regulation in Albany has been blocked by the industry’s lobbyists.

The private contractors, who have their tuition rates set by the state, have become an influential lobbying force in Albany, where they have regularly rallied parents of disabled children to protest spending curbs in the program.

Auditors’ reports have found that:

Some contractors have billed the program for jewelry, expensive clothing, vacations to Mexico and spa trips to the Canyon Ranch resort, The Times found in a review of a decade’s worth of education, financial and court records. Others have hired relatives at inflated salaries or for no-show jobs, or funneled public money into expensive rents paid by their preschools to entities they control personally.

New York is the only state that has turned this program over to private contractors, many of which operate for-profit. Typically, the same firms evaluate the children and then provide services to them. 83% of the firms that conducted the evaluation also provided the services needed. Critics believe, not without reason, that the companies have a finanical incentive to over-identify children’s needs to inflate their bottom line.

When services are privatized, there will inevitably be operators who overbill for their services and pad the books and their profits. Lax oversight enables fraud. In the case of this program, oversight is very lax indeed: regulators rely on contractors’ own accountants to vouch for billing.

City and state officials conduct audits infrequently, and when they do, the results often languish on the shelves of the State Education Department. Some audits have not been given final approval and released until years after the contractors being audited went out of business.

A spokesman for New York City’s Department of Education defended the program and said that although it was expensive, it works.

As this article shows, it certainly works for the private contractors, who use the children and their parents to prevent appropriate and necessary oversight.

The author of ten books on education and editor of fourteen others, Diane Ravitch is Research Professor of Education at New York University and a historian of education. In addition, she is a nonresident senior fellow at the Brookings Institution in Washington.

She shares a blog called Bridging Differences with Deborah Meier, hosted by Education Week. She also blogs for Politico.com/arena and the Huffington Post. Her articles have appeared in many newspapers and magazines.
at 8:34 AM