"Fever during pregnancy is linked to a 2-fold increased risk for ASD or developmental delay (DD) in offspring, new research suggests. However, using medication to lower the fever may counter this effect."

Infection is associated with the release of numerous inflammatory cytokines, and a previous study by O'Callaghan and colleagues examined how maternal fever might affect the risk for cerebral palsy among children. Their results, which were published in the September, 2011 issue of Obstetrics & Gynecology, demonstrated that recorded maternal infection during pregnancy was associated with an odds ratio (OR) of 1.55 for cerebral palsy in the offspring. Other significant risk factors for cerebral palsy included delivery before 32 weeks' gestation, bleeding at any time during pregnancy, smoking, and illicit drug use.

However, maternal age, alcohol use, and gestational diabetes or hypertension were not associated with the risk for cerebral palsy.

Infection with influenza during pregnancy has been implicated in possibly promoting a higher risk for autism spectrum disorder (ASD), but few well-designed studies have addressed any potential relationship between maternal infection and autism. The current research by Zerbo and colleagues focuses on this issue.

Fever during pregnancy is linked to a 2-fold increased risk for ASD or developmental delay (DD) in offspring, new research suggests. However, using medication to lower the fever may counter this effect. 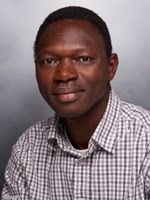 "The inflammatory process may have a damaging effect on the developing fetus in some women," lead author Ousseny Zerbu, Ph.D., now a postdoctoral researcher with the Kaiser Permanente Northern California Division of Research in Oakland, said in an interview with Medscape Medical News. "These results call for more studies looking at inflammation during pregnancy and risk of autism," he added. 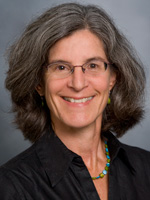 The study is published online May 5 in the Journal of Autism and Developmental Disorders.

Dr. Croen, who was not involved in the study, said the findings are "provocative and certainly deserve attention and replication in other study populations."

The findings stem from the large, case-control Childhood Autism Risk from Genetics and the Environment (CHARGE) study. As previously reported by Medscape Medical News, prior data from the study found that mothers who were obese or who had diabetes had a higher likelihood of having children with autism.

"Since an inflammatory state in the body accompanies obesity and diabetes as well as fever, the natural question is: Could inflammatory factors play a role in autism?"

"Since an inflammatory state in the body accompanies obesity and diabetes as well as fever, the natural question is: Could inflammatory factors play a role in autism?," Irva Hertz-Picciotto, Ph.D., professor of public health sciences at the University of California, Davis, who is principal investigator of the CHARGE study and who worked on the analysis, commented in a prepared statement.

The CHARGE cohort includes an ethnically diverse population of children aged 2 to 5 years who were born in California and are living in Northern California.

The current analysis included data on 538 children with ASD, 163 with DD, and 421 typically developing control participants. The mothers provided information on whether they had influenza and/or fever during pregnancy and on whether they took medications to treat it.

The investigators report that influenza during pregnancy was not associated with greater risks of having a child with ASD or DD. However, fever from any cause was far more likely to be reported by mothers of children with ASD or DD relative to mothers of typically developing control children.

"Our results provide strong evidence that controlling fever while pregnant may be effective in modifying the risk of having a child with autism or developmental delay."

"Our results provide strong evidence that controlling fever while pregnant may be effective in modifying the risk of having a child with autism or developmental delay," Dr. Zerbo said.

"More research needed to be conducted on this subject to fully investigate the effect of influenza vaccine on the risk of autism," they write.

According to researchers, these findings are noteworthy in part because of the large population-based sample and detailed information on participants.

Dr. Croen said the study team did "a very nice job of looking at the association between maternal illness with influenza or fever during pregnancy and risk of autism spectrum disorders in children. The study used a rigorous design and was large and adequately powered to identify modestly elevated risks."

"We definitely think more research is necessary to pinpoint the ways that inflammation could alter brain development," Dr. Hertz-Picciotto said.

Dr. Croen agrees. "Fortunately, there are a couple of large-scale epidemiological studies (SEED — the Study to Explore Early Development; and EARLI — Early Autism Risk Longitudinal Investigation) ongoing currently that are collecting information on many prenatal factors, including infection, fever, and medication use during pregnancy. These studies will be able to address these same study questions in a rigorous fashion," she said.

"The major limitation of the Zerbo study," Dr. Croen said, "is the reliance on maternal report of influenza, fever, and medication use in the pregnancy period, which occurred 3 to 6 years prior to when the maternal interview took place.

"A methodologically stronger approach to ascertaining this information is to collect it prospectively, as the pregnancy is progressing. This is the approach that is being taken with the EARLI study, which enrolls women at the beginning of a pregnancy and follows them throughout pregnancy and through the first 3 years of life of the baby born into the study."

Asked about potential mechanisms for a fever-autism link, Dr. Zerbo said: "I don't think that the influenza virus itself can cross the placenta and cause neurodevelopmental disorder, but the maternal reaction or immune response to influenza and fever might have an effect on neurodevelopment of the child." Studies in animals provide support for this line of thinking, he added.

The study was funded by the National Institute of Environmental Health Sciences, the US Environmental Protection Agency's STAR program, and the University of California, Davis, MIND Institute. The authors and Dr. Croen have disclosed no relevant financial relationships.

In the current study by Zerbo and colleagues, influenza infection during pregnancy was not associated with a higher risk for ASD or DD among the offspring, but maternal fever was significantly associated with higher risks for ASD and DD among children.
at 5:55 PM