A Mindfulness and Yoga Trifecta - Flash! They're Really Good for Kids, Too!


From NICABM - National Institute for the Clinical Application of Behavioral Medicine

Can This One Exercise Unlock Your Brain's Natural Anti-Anxiety Drug?


What one exercise can boost feel-good chemicals in your brain while reducing anxiety and improving your mood?

The answer is yoga.

In a study lead by Chris Streeter, M.D., she and her colleagues from the Boston University School of Medicine found that yoga reduced anxiety, improved mood, and boosted the anti-anxiety neurotransmitter GABA (gamma-aminobutyric acid) in the brain. The article can be found in The Journal of Complementary and Alternative Medicine.

What’s more, to determine the efficacy of yoga compared to walking, they randomly assigned participants to either a yoga group or a walking group. Each group did their respective exercise three times a week for 60 minutes for 12 weeks. Participants’ brains were scanned before and after the 12 week intervention, and anxiety and mood levels were measured throughout the duration of the study.

"The results showed that the yoga group experienced significantly greater improvements in mood and anxiety..."

The results showed that the yoga group experienced significantly greater improvements in mood and anxiety, and higher levels of GABA than the walking group.

What’s special about this study is it’s the first to show that an exercise intervention (yoga) can increase levels of GABA in the brain and also bring about better mood and lower anxiety. It’s encouraging to see brain science validating the therapeutic value of mind-body approaches like yoga.

Anti-anxiety medications work in part by affecting GABA levels in the brain. This study shows we can also do this naturally with yoga.

Yoga is also being used to treat trauma patients at The Trauma Center in Brookline, Massachusetts. 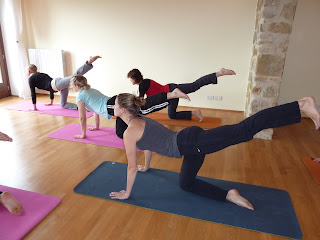 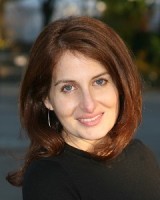 Anyone who’s ever spread a yoga mat across a floor will tell you that it’s about more than flexibility. One of many benefits of yoga is that it helps those who practice it deal with stress in their lives. An emerging body of research points to the conclusion that yoga can have a stress-relieving effect.

One problem with the research base is that it’s mostly focused on adults. But grown-ups aren’t the only ones who deal with stress in their lives. Children face it as well, and they often do it without the same resources—emotional, financial and otherwise—that adults have.

With that in mind, five years ago I began working with a team of researchers from Johns Hopkins and Penn State to explore what a yoga program might do for kids. We began working with the Holistic Life Foundation (HLF) in Baltimore, Md., a small nonprofit founded by brothers Ali and Atman Smith and their colleague Andres Gonzalez. HLF had been training urban youth in yoga for years; the goal of our research was to evaluate the feasibility of delivering their program in Baltimore City Schools and to assess preliminary intervention outcomes with fourth- and fifth-graders.

In evaluating the program, we focused particular attention on something called “mindfulness,” the ability to sustain one’s attention. Yoga is not the only way to develop it, but it’s one good one. Research has shown that mindfulness-based approaches enhance self-regulatory abilities in adults, producing a range of benefits, including improvements in attention, well-being, and mental health, as well as reductions in stress and substance use.

We wondered if yoga might have a similar impact on children, and particularly on children living in high-stress, urban environments. Many of the kids in our study group lived in high-crime, high-poverty neighborhoods where they were exposed to stress, often on a daily basis. With that kind of pressure in their lives, it’s no surprise that we see high rates of emotional and behavioral problems among them, or that they have a variety of other problems in schools and with substance abuse.

We began our research with a pilot randomized trial, studying the impact on 100 children in HLF’s program. Each yoga class lasted about 45 minutes, and classes were offered four times a week for 12 weeks. HLF’s instructors led the children through a series of yoga-based movements, training in breathing techniques, and a brief period of “guided attentional training” intended to help them relax and focus.

"The pilot trial showed positive results for the children, significantly helping them with their responses to stress."

On the strength of that study, we’re now expanding the research, with funding from the National Institute on Drug Abuse. Our new randomized trial includes about 250 fifth- and sixth-graders, still in Baltimore, still working with HLF. Also, we’ll have a chance to follow the children through the start of their seventh- and eighth-grade years, allowing us to see what the longer-term benefits of the yoga program might be.

Such research has important implications for population health: Mindfulness training could be integrated into educational settings on a city, state, or national level, thus promoting health and mental health. Integrating mindfulness-based practices into educational settings could offer the potential to promote a more positive path for our children, something that would be particularly beneficial for disadvantaged urban youth like the kids in our studies.

But before that happens, further research is in order. If larger trials replicate the findings from our research, it’ll be time to think about how to put mindfulness-based practices to work helping support children who face some of life’s toughest challenges.

See an NBC News report on the HLF program.

Just a few hours of meditation training may change your brain for the better, a small, new study suggests.

"The notable physical changes suggest that short-term meditation can improve self-control, mood, stress response and immunity response," said Michael Posner, a co-author of the study and a professor emeritus at the University of Oregon, in Eugene.

The study was published online June 11 in the journal Proceedings of the National Academy of Sciences.

The researchers randomly assigned 68 undergraduates at Dalian University of Technology, in China, to either a meditation or a relaxation-training group. None of the students had any previous training in meditation.

The authors say their earlier research showed that learning can alter white matter, which affects how the brain learns, acting as a relay system and coordinating among different brain regions.

In the latest study, the researchers set out to measure the degree of alteration, focusing on areas of the brain that they felt were most likely to change from the training the participants received.

The authors used what is called "diffusion tensor imaging," a noninvasive MRI-based technology to delineate white-matter fibers in the brains of participants. They also applied other technology to measure the structural plasticity -- the ability to change and adapt as a result of experience -- of the brain's white matter.

Key areas of the brain were measured before and after the meditation training, which involved 30 minutes of either integrative body-mind training or relaxation training over a two-week period. The training totaled five hours for each group.

"The researchers found evidence of measurable changes in white matter associated with a part of the brain network related to self-regulation -- the anterior cingulate cortex -- after short exposure to focused meditation."

The researchers found evidence of measurable changes in white matter associated with a part of the brain network related to self-regulation -- the anterior cingulate cortex -- after short exposure to focused meditation. The same changes did not occur after relaxation-oriented meditation, which emphasizes sequential relaxation of different muscle groups.

The authors note that many problems, including addiction and mental disorders such as attention-deficit hyperactivity disorder (ADHD), anxiety, depression, schizophrenia and borderline personality disorder, involve the anterior cingulate cortex. They say that understanding the impact of learning, training and human development on white matter in the brain could lead to new ways to improve or prevent these mental disorders.

"This study builds on other work that has confirmed that you can demonstrate structural changes in the brain," said Dr. Nicholas Schiff, an associate professor of neurology and neuroscience at Weill Cornell Medical College, in New York City.

"What's so impressive to me is that, in this study, they actually quantify that there's evidence for changes in the structure of the brain and a dynamic process at work," Schiff said. "It's very important to characterize how the adult brain modifies in response to the environment. This study is a substantial contribution."

The Benson-Henry Institute for Mind-Body Medicine at Mass. General Hospital has more information on the mind-body connection . 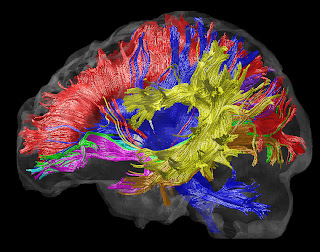