A Must Read: "22 Best Mobile Apps for Kids with Special Needs"

Technology has been - and continues to be -- a boon to people with disabilities, especially children. Mobile devices like the iPad enable children with developmental delays and other special needs to acquire life skills, engage in self-directed play, and perhaps most importantly facilitate communication with their caregivers. The ultimate equalizer in all this, however, is the almighty app.

"There's been a democratization of communication and learning software," says Howard Shane, Ph.D., "except now we just call them apps."

The rapid-fire speed with which apps are being developed has made it difficult to distinguish good from bad, he says. Google "special needs apps" and the sheer volume of search results might leave you reeling. Ditto for an apps search at the iTunes store. But it doesn't need to be that way.

Special needs experts including Dr. Shane recommend that parents identify the child's needs and capabilities first and then try to match them with an app. "We really have no Consumer Reports strategy where there's an evaluation that comes up with some systematic way of telling whether an app is useful," he says. "There's just no decent reasonable filtering system, which is an issue that at some point needs to be addressed."

With thousands of apps and no recognized industry paradigm to evaluate them, how does a parent know which ones to choose? Enter the "Apps Consideration Checklist" that can aid parents and caregivers in this very process. This list is featured in a new book, "Apps for All Students: A Teacher's Desktop Guide. " Dr. Shane and his Boston Children's Hospital colleagues have created something similar called Feature Matching that you can download for personal use.

Many apps offer a "lite" version, which is free and acts as a teaser to the fee-based one. This (marketing) technique usually works if the fundamental app is solid but the options in the robust feature-rich paid version are exponentially better. There's much more depth to the paid versions, says Dr. Bausch, associate professor in special education at the University of Kentucky, adding, "You usually get what you pay for." Fee-based versions allow customization as well as more options in terms of colors and font, and number of games and exercises.

"For children with disabilities, you're going to want to individualize an app for their particular need," adds Dr. Ault, assistant professor in special education at the University of Kentucky.

All the experts interviewed for this article were hesitant to recommend specific apps because of their shared belief that each child needs to be assessed on an individual basis, although Dr. Shane did cite some of his favorite free apps: Singing Fingers, Puppet Pals, Fireworks Arcade, and Virtuoso.

Care.com asked Shannon Des Roches Rosa, mom to a son with autism and an expert app reviewer in the special needs community at large, to suggest some of the better apps. For additional apps, check out her sought-after spreadsheet of reviews and recommendations. 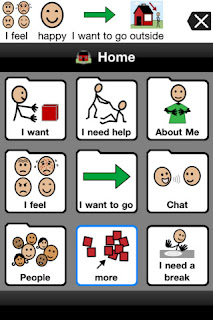 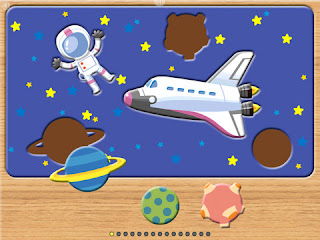 Shannon Des Roches Rosa's writing and interviews are featured by the Bill and Melinda Gates Foundation, The New York Times, The Wall Street Journal, MacWorld, Redbook, Parents Magazine, PBS Parents, SF Weekly, SF Gate, AOL News, and Shot of Prevention. She also writes about autism, parenting, evidence-based approaches, iPads, vaccines, and geekery at www.Squidalicious.com, as BlogHer.com's contributing editor for parenting kids with special needs, and as a co-founder and editor of The Thinking Person's Guide to Autism. She is also one of CafeMom's autism experts, and one of Babble.com's Top 25 Autism Bloggers.

Shannon's radio interviews on autism, parenting, and blogging include KQED Forum, KCUR Central Standard, and News Talk KIRO. She has been a speaker at several conferences, including BlogHer and UCSF Developmental Disabilities. She has edited several anthologies and contributed stories to numerous books, including the award-winning My Baby Rides the Short Bus. Shannon and her son Leo were featured in Apple's iPad: Year One video, which was introduced by Steve Jobs at Apple's iPad2 Keynote in San Francisco. She, her husband and their three children live near San Francisco.
at 6:21 AM