From the HuffingtonPost.com Education Blog

"There is much work ahead at the policy level. Helping educators understand that trauma is playing a key role in many of the problems they are seeing at school is going to require a movement."

Take a short walk on the dark side of our public education system, and you learn some disturbing lessons about school punishment.

First. U.S. schools suspend millions of kids -- 3,328,750, to be exact. Since the 1970s, says a National Education Policy Center report published in October 2011, the suspension rate's nearly doubled for white kids, to nearly 6 percent. It's more than doubled for Hispanics to 7 percent, and to a stunning 15 percent for blacks. For Native Americans, it's almost tripled, from 3 percent to 8 percent.

"Only 5 percent of all out-of-school suspensions were for weapons or drugs. The other 95 percent were categorized as 'disruptive behavior' and 'other', which includes violation of dress code, being "defiant" and, in at least one case, farting."

Second. If you think all these suspensions are for weapons and drugs, recalibrate. There's been a kind of "zero-tolerance creep" since schools adopted "zero-tolerance" policies. Only 5 percent of all out-of-school suspensions were for weapons or drugs, said the NEPC report, citing a 2006 study. The other 95 percent were categorized as "disruptive behavior" and "other", which includes violation of dress code, being "defiant" and, in at least one case, farting.

Third. They don't work for the kids who get kicked out. In fact, these "throw-away" kids get shunted off a track to college or vocational school and onto the dead-end spur of juvenile hall and prison. One suspension triples the likelihood of a child becoming involved with the juvenile justice system, and doubles the likelihood of a child repeating a grade. And those suspensions begin early.

In Pierce County, Washington, a study of nearly 2,000 children who were on probation, 85 percent were suspended before they reached high school. A heartbreaking one-third of these students experienced their first suspension between 5 years old and 9 years old.

That's what Dr. Sal Terrasi, director of pupil personnel services for the Brockton Public Schools, had been thinking for years. Now he had empirical evidence -- the CDC's ACE Study, the neurobiological research that definitely showed that traumatized kids cannot learn when they are over-stressed, and Helping Traumatized Children Learn, the book that Susan Cole, director of the Trauma and Learning Policy Initiative (TLPI) at Harvard Law School and Massachusetts Advocates for Children, co-authored.

With all that in hand, he said, metaphorically, "Enough already." What he really said was: "I saw the data as providing us with powerful support for change."

He called a community-wide meeting. Each of the district's 23 schools sent a four-member team. Representatives from the district attorney's office showed up. So did local police (in a learning capacity), as well as the departments of children and families, youth services, and mental health. Local counseling agencies sent folks. They spent a whole day working with TLPI and talking about trauma and learning.

"The response has been nothing short of amazing: an entire community figuring out ways to turn the system from a blame-shame-punishment approach to one of taking care of kids so that they can learn."

The response has been nothing short of amazing: an entire community figuring out ways to turn the system from a blame-shame-punishment approach to one of taking care of kids so that they can learn.
So many schools in Massachusetts are interested in adopting a trauma-informed approach that the state legislature is considering a bill -- House Bill 1962 -- requiring schools to develop an action plan to develop "safe and supportive schools." (Apparently, that's a little more positive wording than "trauma-sensitive.")

It's all well and good to advise schools to do everything through a trauma-informed lens, but when you get down to classrooms and students, what exactly does that mean?

The Arnone School staff, which was trained by TLPI's Joe Ristuccia in how trauma affects learning, instituted two programs: Collaborative Problem Solving, developed by child psychologist Ross Greene, author of The Explosive Child and Lost at School. The other is the Positive Behavioral Interventions & Support program, which is used in more than 16,000 schools across the U.S.

The U.S. Department of Education-sponsored program acknowledges that punishment, "including reprimands, loss of privileges, office referrals, suspensions, and expulsions," is ineffective, according to a description of the program that appears on its website, "especially when it is used inconsistently and in the absence of other positive strategies".

Instead, "teaching behavioral expectations and rewarding students for following them is a much more positive approach than waiting for misbehavior to occur before responding."

These expectations include teaching children how to "show respect, responsibility, safety and kindness," says Peri Jacoubs, Arnone's assistant principal. Teachers use a system of rewards for good behavior, as well as positive reinforcement, such as telling a child who's walking in the hallway "I really like the way you're walking," instead of waiting for, or only saying or yelling, "Stop running", if a child starts running.

In Washington State, six elementary schools in the Spokane Public School District are becoming trauma-informed. After the successful adoption in Lincoln High School (see Part I of this series, as well as a longer story about how Lincoln High School changed its system), the Walla Walla Public Schools plan to figure out how to integrate the approach in its other schools.

The training for both school districts comes from the Washington State University's Area Health Education Center (AHEC). It started from completely different place than Massachusetts did -- wanting to reduce children's exposure to violence.

It began with juvenile justice and public health, but it soon became clear that "no treatment system was large enough or versatile enough to respond" to the challenge, says Chris Blodgett, AHEC director. The answer was to engage "universal" systems -- the ones that touch children every single day. That means schools. They adapted the ARC model developed at the Trauma Center at Justice Resource Institute, as well as the "Flexible Framework" found in Helping Traumatized Children Learn.

NOTE: You can order a nicely-bound copy of Helping Traumatized Children Learn (117 pages) for $12.00 HERE. Discounts apply for bulk orders. You can download the book as a free PDF or read it onscreen HERE.

"Understanding trauma is such a missing piece to school reform," says Cole. The changes that have taken place at schools such as Arnone in Brockton, MA, and Lincoln in Walla Walla, WA, are just the beginning, but they should be the norm, not the exception, she believes.

"There is much work ahead at the policy level," she explains. "Helping educators understand that trauma is playing a key role in many of the problems they are seeing at school is going to require a movement." 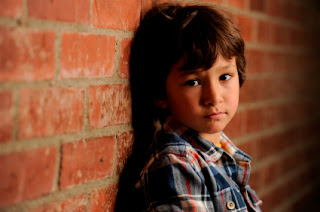