The Virtues Of Play

This lawsuit would be funnier if it were an article from The Onion:

A mad-as-heck Manhattan mom says her daughter’s Ivy League dreams have been all but dashed — and she’s only 4 years old.

Nicole Imprescia is suing the $19,000-a-year York Avenue Preschool, saying her daughter, Lucia, was forced to spend too much time with lesser-minded 2- and 3-year-olds when she should have been focusing on test preparation to get into an elite elementary school.

The suit, filed in Manhattan Supreme Court, notes that “getting a child into the Ivy League starts in nursery school” and says the Upper East Side school promised Imprescia it would “prepare her daughter for the ERB, an exam required for admission into nearly all the elite private elementary schools.”

But “it became obvious [those] promises were a complete fraud,” the suit says. “Indeed, the school proved not to be a school at all but just one big playroom.“ 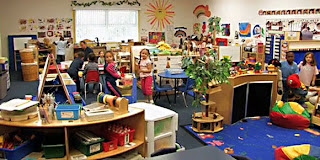 The irony is that, according to the data, Ms. Imprescia should be looking for schools just like the one she’s suing. Preschools seem to work best when they are ”one big playroom.” That’s because unstructured play turns out to be one of the most important aspects of Pre-K education.

A 2007 study published in Science, for instance, compared the cognitive development of 4- and 5-year-olds enrolled in a preschool that emphasized unstructured play – they were using Vygotsky’s “Tools of the Mind” approach – with those in a more typical preschool. After two years, the students in the play-based school scored better on cognitive flexibility, self-control, and working memory, all of which have been consistently linked to academic and real-world achievement.

“Unstructured play is often thought frivolous, but it may be essential.”

According to the researchers, the advantage of play is that it’s often deeply serious – the best way to get kids to focus, to exercise those attentional circuits, is to let them have fun. In fact, the results from the study were so compelling that the experiment was halted early in one school. The educators had become convinced that the play curriculum was more effective. As the authors note, “Unstructured play is often thought frivolous, but it may be essential.”

Or consider a 2006 paper (from Science) that compared the long-term academic outcomes of low-income children in Milwaukee who were sent to a variety of preschools. Those who did best attended Montessori schools, an educational system that emphasizes multi-age classrooms, student-chosen work in long time blocks, collaboration and the absence of grades and tests. That might not seem like a recipe for academic success, but it was.

Here are the researchers: "On several dimensions, children at a public inner city Montessori school had superior outcomes relative to a sample of Montessori applicants who, because of a random lottery, attended other schools. By the end of kindergarten, the Montessori children performed better on standardized tests of reading and math, engaged in more positive interaction on the playground, and showed more advanced social cognition and executive control. They also showed more concern for fairness and justice. At the end of elementary school, Montessori children wrote more creative essays with more complex sentence structures, selected more positive responses to social dilemmas, and reported feeling more of a sense of community at their school."

And the virtues of play aren’t limited to early childhood. This 2011 paper (via Eric Barker) looked at the relationship between young adults with high levels of “playfulness” and their academic performance. The correlation isn’t big, but it’s positive:

"Playfulness was associated with better academic performance (i.e., better grades in an exam). Also, students who described themselves as playful were more likely to do the extra reading that went beyond what was needed to pass the exam. This can be seen as first evidence of a positive relation between playfulness in adults and academic achievement."

Nietzsche said it best: “The struggle of maturity is to recover the seriousness of the child at play.”

Nietzsche said it best: “The struggle of maturity is to recover the seriousness of the child at play.” While parents might be tempted to enroll their kids in preschools that seem the most “academic,” that’s probably a mistake. There is nothing frivolous about play. 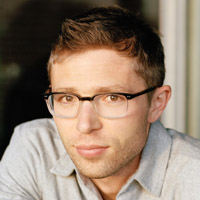 Jonah Lehrer is a contributing editor at Wired, and the author of Imagine, How We Decide and Proust Was a Neuroscientist. He graduated from Columbia University and studied at Oxford University as a Rhodes Scholar. He has written for The New Yorker, The N.Y. Times Magazine, Nature, Outside and many other publications. Lehrer is also a columnist for The Wall Street Journal and a frequent to WNYC's Radiolab.

"Carl Zimmer told Robert (Host and NPR Science Correspondent Robert Krulwich) and producer Soren Wheeler about the ecosystem inside every one of us. According to Carl, when we're in the womb, we have no bacteria in us at all, but as soon as we're born we start gathering up the bugs. And by the time we're grown, we have a three-pound organ of others inside our guts.

With the help of some bacteria, swimming mice, and neuroscientist named John Cryan, we learn that this organ does much more than just help us digest food. And finally, Jonah Lehrer joins Carl to help us understand what the bugs in our gut have to say about the feelings in our heads."