You Can’t Bleach Autism Out of a Child

From Care2 Make a Difference - www.care2.com

NOTE: The FDA has issued a warning to parents to avoid Miracle Mineral Solution (MMS).

Since my teenage son Charlie was diagnosed with autism almost 13 years ago in July of 1999, we have heard of too many “remedies,” “treatments” and “cures” for autism to count. Most have promised miraculous results; pretty much all are presented by their practitioners as “science-based”; many are on a collision course with what any of us would do to treat any condition.

The most recent, and one of the most mind-boggling, treatments we have heard of is bleach. Yes, that very substance you perhaps use as a household cleanser is being discussed now as a treatment that “recovers” children from autism, at a conference called Autism One.


Bleach Enemas As a “Treatment” For Autism

Autism One is an annual conference whose stated mission is to educate “parents, professionals, and the public about the care, treatment, recovery and prevention of autism and related disorders by making critical information available through new channels as well as traditional ones.” Educational therapies (such as behavior, speech and occupational therapy) and medication (antipsychotics, antidepressants and others ) would be considered “traditional” while the “new channels” referred to tend to be in the area of experimental biomedical treatments, often drawn from complementary and alternative medicine.

One speaker, Kerri Rivera, says that 38 children recovered from autism in 20 months via Miracle Mineral Solution (MMS), a treatment she offers at her clinic, AutismO2 Clinica Hyperbarica, in Puerto Vallarta, Mexico. As science blogger Orac writes after reviewing the clinic’s website, MMS “in essence, is industrial strength bleach, 28% sodium chlorite in distilled water.”

It is frequently diluted in acidic juices, such as orange juice, resulting in the formation of chlorine dioxide, which is, as the FDA characterized it, “a potent bleach used for stripping textiles and industrial water treatment.” According to its proponents, MMS can cure almost anything: cancer, AIDS, and just about any other serious disease you can imagine. Never mind that there is no biological plausibility and no evidence, either preclinical or clinical, that MMS can do what its proponents claim it can do. True, bleach can kill bacteria or cancer cells in a dish at a high enough concentration, but that doesn’t mean it’s a useful antibiotic or chemotherapeutic agent.

From her website, it seems that Rivera “treats” autistic children by giving them MMS by mouth and by enema, as well as recommending that they bathe them in it.

As Orac says of this very questionable treatment using industrial chemicals, “if there’s any form of quackery out there, someone, somewhere will be using it on autistic children.” 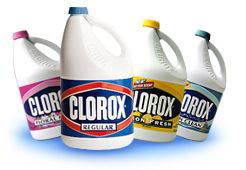 Recovery from Autism vs. Autism as Lifelong

Besides bleach, autism treatments we have heard of over the years include fecal implants, far-infrared sauna therapy, camel’s milk (on this year’s Autism One agenda) and chemical castration using the drug lupron.

Be critical of such treatments (as I am doing here) and you will find yourself harshly critiqued for denying hope to others and for not being yourself willing to “do everything to help your child.”

I blog daily about my own son and my accounts of his struggles and efforts, along with my repeated questioning of experimental “treatments” for autism and of certain theories of autism causation (such as vaccines), has at times been taken as evidence that I have not “done everything.” Truly, “cure” is a fighting word.

Autism is a lifelong neurodevelopmental disorder. The agenda for this year’s Autism One conference suggests that, while this organization, its partner organizations including Generation Rescue and Talk About Curing Autism and their members continue to talk about “recovery” from autism, there is acceptance, or at least acknowledgment, that autism is lifelong.

Amid the panels about “Redox and Methylation in the Gut, Brain and Immune System,” “A Green Body Approach for ASD” and “Fermentation: Fast Steps to Friendly Fecal Flora,” are panels about behavioral strategies (“Assessing and Teaching Functional Living Skills to Individuals of All Ages with a Diagnosis of ASD Using The AFLS”), iPads, dealing with law enforcement and other safety issues and developing an exercise program — panels addressing the realities of life with a child with disabilities.

Autism One is facing the facts that autistic children grow up and, as autistic adults, need services and supports.

Years ago, when Charlie was little, my husband and I accepted that not only would he be autistic for life — autism isn’t something you just grow out of — but also that he will need caregivers all of us his life, that he will not go to college, get married, have children. Taking care of Charlie requires a lot of energy — he and my husband ride at least 12 miles a day on their bikes and Charlie and I put in a few miles of walking and running every day, rain and shine. I noted a number of special events at Autism One (“Spa Night,” “Dad’s Night Out“) meant to help parents “relax” because they “deserve it” (they do).

While Charlie’s life is limited and his challenges many (he talks only a little and does not seem able to read, though lately we’ve seen a tiny flurry of progress in this area), we see no need to “expunge” — to bleach out — the autism from him. Charlie is never a burden and his being autistic is no tragedy: Hope dawns every day for us as we see him grow up and become the young man, the individual, that he is.

About Kristina Chew (from www.AutismWomensNetwork.org) 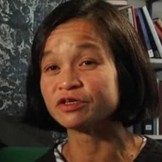 Kristina Chew is a classics professor at Saint Peter’s College in Jersey City, New Jersey, a translator and teacher of Latin and ancient Greek, and the Director of Special Scholarships and Fellowships. Married to Professor of Theology & Cultural Historian, James T. Fisher and mother to 12-year-old son Charlie, who is on the moderate to severe end of the autism spectrum, she is currently writing a book about life on the long road with Charlie, and blogging about autism at: We Go With Him. Her web page is: kristina chew.com

Chew has appeared on Good Morning America (June 10, 2008) and the Today Show (October 2008) to speak about autism. She was also interviewed by Newsweek for an online video (October 28, 2008), in connection with a report on autism and vaccines.
at 1:20 PM