Dr. Martha Herbert: On Contributions of the Environment to Autism Spectrum Disorders, and a Recorded Radio Interview

From the Journal Current Opinion in Neurology

This review presents a rationale and evidence for contributions of environmental influences and environmentally vulnerable physiology to autism spectrum disorders (ASDs).

Recent studies suggest a substantial increase in ASD prevalence above earlier Centers for Disease Control figures of one in 150, only partly explicable by data artifacts, underscoring the possibility of environmental contributors to increased prevalence.

Some gene variants in ASD confer altered vulnerability to environmental stressors and exposures. De-novo mutations and advanced parental age as a risk factor for ASD also suggest a role for environment. Systemic and central nervous system pathophysiology, including oxidative stress, neuroinflammation, and mitochondrial dysfunction can be consistent with a role for environmental influence (e.g. from air pollution, organophosphates, heavy metals) in ASD, and some of the underlying biochemical disturbances (such as abnormalities in glutathione, a critical antioxidant and detoxifier) can be reversed by targeted nutritional interventions. Dietary factors and food contaminants may contribute risk.

Improvement and loss of diagnosis in some with ASD suggest brain circuitry amenable to environmental modulation.

Prevalence, genetic, exposure, and pathophysiological evidence all suggest a role for environmental factors in the inception and lifelong modulation of ASD. This supports the need for seeking targets for early and ongoing medical prevention and treatment of ASD.

From The Next Frontier on WOMM-LP 109.5 FM Burlington

An Interview with Dr. Martha Herbert 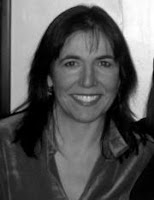 Burlington, Vermont's Anne Barbano (Bar-bay-no) produces and hosts what we believe to be this country's only weekly radio show devoted solely to topics related to autism spectrum disorders. Called The Next Frontier, it airs on Thursdays at 6:00pm on WOMM-LP 109.5 FM.

The show also streams live on the station's website, http://www.theradiator.org/.

Archived editions of previous broadcasts can be found on Barbano's website website, Living the Autism Maze, and on iTunes under "eclectic radio" WOMM.

On Thursday, June 28, Barbano interviewed Autism Researcher Dr. Martha Herbert, co-author (with Karen Weintraub) of The Autism Revolution - Whole-Body Strategies for Making Life All It Can Be. She characterized Herbert as, "quick on her feet, (and) a more than willing participant in an interview that presents itself as thorough, and conscientious." Of the interview itself she said, "it's too good to miss listening to it." We agree!