From Stanford University School of Medicine

Joachim Hallmayer and his colleagues found that environmental factors play a larger role than previously thought in autism.

A new Stanford University School of Medicine study of twins suggests that non-genetic factors play an unexpectedly large role in determining autism risk, turning upside down recent assumptions about the cause of this common, disabling developmental disorder.

From prior studies of shared autism in twins, scientists had estimated that 90 percent of autism risk was attributable to genes and only 10 percent to non-genetic environmental factors. But the new study — the largest ever of twins in which at least one in each pair has autism — shows almost the opposite: It found that genes account for 38 percent of autism risk, with environmental factors explaining the remaining 62 percent.

"It took me a bit by surprise that the heritability of autism was so much lower than previous studies calculated," said Joachim Hallmayer, M.D., the first author of the new paper, which appears in the July 4 issue of Archives of General Psychiatry. "Our work suggests that the role of environmental factors has been underestimated." Hallmayer is an associate professor of psychiatry and behavioral sciences at Stanford. The study's senior author is Neil Risch, Ph.D., professor of biostatistics at UC-San Francisco and director of the UCSF Institute for Human Genetics.

For years, studies of non-genetic autism risk factors focused on the idea that childhood vaccines might trigger autism, a theory that extensive research did not support. But it remains an open question how much time and resources to devote to other potential environmental risks and how they interact with genetic factors.

Related News
Vaccines don't cause autism: Can we move on now?
5 questions: Hallmayer on the genetics of autism
Grappling with autism

"Our research shows us that we need to be studying both genetic and environmental factors as well as how they interact with each other," Hallmayer said. "We need to explore areas of environmental risk that are shared by both twin individuals and impact the development of the child."

Although the study does not identify specific environmental factors, they could include any non-genetic factors that influence autism risk.

The children studied were 192 pairs of twins (384 individuals) identified from a California-wide registry of children who receive services for developmental disabilities. The large size of the study and the fact that the subjects were drawn from California's entire, highly diverse population means the study's results are more reliable and apply more broadly than those from prior studies, which examined small, homogeneous groups of children in Northern European countries, Hallmayer said.

The study included 54 pairs of identical twins and 138 pairs of fraternal twins. At least one child from each pair had been diagnosed with full-blown autism or a less severe form of autism spectrum disorder. The scientists conducted standardized evaluations to verify the children's diagnoses, a step that many prior studies had omitted. Children whose autism was known to be secondary to another disease were not included in the study.

To calculate the relative contributions of genes and environment to autism risk, the researchers then examined the difference in shared autism rates between identical and fraternal twins. Identical twins share all their genes, fraternal twins share half of theirs, and both types of twins share most elements of their environment from conception through childhood. As the scientists expected for a disease that is partly explained by genes, the identical twins were more likely to share an autism diagnosis than the fraternal twins. Identical twins did not always share their diagnosis, hinting that non-genetic factors contribute to autism. The surprise came, however, in the calculation of environmental contributions to autism risk.

"The dizygotic [fraternal] twins are more similar than you would expect if you take only genetic factors into account," Hallmayer said. The higher-than-expected degree of similarity between fraternal twins confirmed that something other than genes was at work - in other words, the twins' shared environments helped explain their shared diagnoses.

To precisely calculate the genetic and environmental contributions to autism risk, the scientists employed a mathematical model that used the rate of autism in the general population to estimate the rate at which fraternal twins would have been expected to share a diagnosis if autism were purely genetic. This figure was compared with the rates of shared autism observed in the twins in the study to arrive at the scientists' final projections. Demographic factors found in previous studies to be associated with autism, such as the ages of the twins' parents, years of parental education, ethnicity, difference in birth weight between twins and gestational age at birth did not impact the rate of shared diagnosis between twin individuals.

The finding that autism risk is strongly influenced by environmental factors should alert scientists to the need to study risk factors they haven't been considering, the researchers said. In recent years, autism research has been focusing more on genetics. 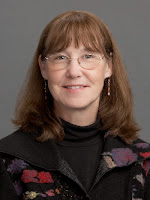 "Scientists need to look for environmental factors," said Linda Lotspeich, M.D., a study author, a clinical professor of psychiatry and behavioral sciences at Stanford and a child and adolescent psychiatrist who treats children with autism at the Stanford Autism Center at Packard Children's Hospital. "But that doesn't take away the fact that autism also has a genetic component and is still caused by unknown genes."

And what might the unknown environmental risk factors be?

"That's the multimillion dollar question," Hallmayer said. "I think a lot about it." Autism's manifestation in very young children points to something that happens in early life, potentially even during pregnancy, he said.

"Our findings suggest that events during pregnancy should be a focus for future research into the origins of autism," said Lisa Croen, Ph.D., a co-author on the study. Croen is a senior research scientist and director of the Autism Research Program at the Kaiser Permanente Division of Research.

In addition to Hallmayer and Lotspeich, the Stanford researchers who contributed to the project included Jennifer Phillips, Ph.D., clinical associate professor of psychiatry and behavioral sciences; and research assistants Sue Cleveland and Andrea Torres. The Stanford team collaborated on the study with scientists at the advocacy organization Autism Speaks; the California Department of Public Health; Kaiser Permanente Northern California; UC-Davis and UCSF.

The research was funded by grants from the National Institute of Mental Health and Autism Speaks.

More information about the Department of Psychiatry and Behavioral Sciences, which also supported this work, is available at http://psychiatry.stanford.edu/.

From The Scientist News & Opinion

Scientists are still teasing out the contributions of genetic and environmental factors to epigenetic marks on the genome. Differences in DNA methylation patterns have been linked to various disease occurrences in genetically identical twins, for example, suggesting an environmental impact.

And a new study, out this week (July 15) in Genome Research, extends the influence of the environment in to the uterus by demonstrating that differences between identical twins in methylation are detectable at birth. Surprisingly, methylation patterns between some twins differ more than between unrelated individuals, also suggesting a role for random chance in the development of the epigenome.

“We already know that twins behave differently and look different, and it’s probably due to epigenetics,” said Dr. Jeffrey Craig, who led the study with Dr. Richard Saffery, both at the University of Melbourne, Australia.

Because of their identical genomes, monozygotic twins allow scientists to identify epigenetic differences that may serve as markers for disease. But it wasn’t known when differences in epigenetic patterns emerged between twins, Tadafumi Kato, who studies the molecular basis of bipolar disorder at RIKEN Brain Science Institute in Japan but was not involved in the current study, wrote in an email to The Scientist.

In order to look more closely at epigenetic differences between twins, Craig and Saffery took tissue samples when the children were born and for several months after birth, following epigenetic changes over time. They compared sets of identical twins and fraternal twins, a classic experimental setup used to separate environmental from genetic effects.

They then used a chip array to examine DNA methylation at over 27,000 sites in the human genome in each of three tissues: placenta, umbilical cord vascular endothelial cells, and cord blood mononuclear cells. The researchers also compared the newborns’ methylation patterns to those of unrelated infants.

Although DNA methylation patterns tended to be more similar for identical twins, “we were very surprised by the range” of differences, said Craig, “The distribution of monozygotic twins overlapped unrelated newborns, and some twins were more different than unrelated pairs. 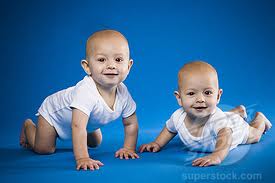 This finding highlights “that sharing the same intrauterine environment does not contribute to having more similar DNA methylation patterns,” Esteban Ballestar, who studies the epigenetics of disease at the University of Barcelona, wrote in an email. “Their results would rather suggest that stochastic events could be more relevant in establishing differences between DNA methylation patterns in individuals,” added Ballestar, who was not involved in the work.

Thus, it seems that random changes and environmental factors together influence epigenetic patterns more than twins’ shared genetics. Indeed, when Craig and his colleagues statistically examined how much genetics, environmental factors, and random chance contributed to epigenetic methylation patterns, they found that slight differences in shared intrauterine environments, such as placenta size or where the umbilical cord attaches, and random changes accounted for more of the variance in epigenetic patterns than the underlying DNA sequence.

As the children aged, their methylation patterns didn’t continue to diverge, however, suggesting that environmental signals may have less of an influence on epigenetics later in life—a finding that contradicts some earlier studies.

Knowing that low birth weight has been linked to later ill health, the scientists looked more closely at the genes showing differing patterns of methylation. They found that discordantly methylated genes in sets of twins with differing birth weights were often genes encoding proteins involved in metabolism and growth, which suggests to Craig that these pathways can be “nudged” off track early by deleterious patterns of methylation even before birth.

“It’s still a very pilot experiment,” noted Arturas Petronis at the University of Toronto, who pointed out that the 27,000 sites the researchers examined represent only about 0.1 percent of possible methylation sites in the genome. More comprehensive studies will determine how well these findings apply to the whole genome, said Petronis, who did not participate in the study.

In the meantime, Craig and his colleagues are hoping to discover what subtle environmental differences within the uterus can prompt such large epigenetic differences in twins. Placement of the umbilical cord, which can regulate the number nutrients passed from mom to her babies, and even what route they take, could play a role, Craig hypothesized.

More importantly, he added, if scientists can identify early epigenetic markers of disease, it may be possible to proactively use epigenetic drugs, such as those already in cancer trials, to “nudge” their methylation patterns back on a healthy track.