From Singularity Hub - Science, Technology & The Future of Mankind, and DisabilityScoop.com

It has been known for some years now that autistic brains are abnormally large, but the inconsistent way in which the brains of different subjects were enlarged has made it difficult to use brain scans to systematically detect autism. 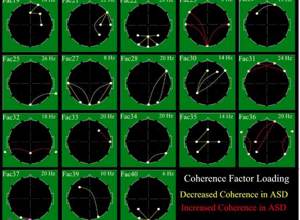 Now, scientists at Harvard's Children’s Hospital Boston have used the power of computers and electroencephalograms (EEG) to solve the problem, successfully detecting autism in children as young as two years old. The study is the latest of several ongoing efforts to reliably and relatively easily detect the disorder through brain imaging.

The goal of the study was to see if the EEG scans could accurately differentiate between normal children and those clinically diagnosed with autistic spectrum disorder. It included 1,304 subjects between 1 and 18 years of age: 463 autistic and 571 controls. Software was used to analyze the EEG scans and detect any patterns that might be found only in the scans of the autistic children. They found 33 such patterns and used them to assign the children to each group.

In 2- to 12-year-olds the method correctly identified 88.5% of controls and 86 percent of autistic children.

The study was published in the journal BMC Medicine. 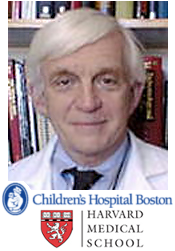 Autism is typically diagnosed with a psychiatric examination at around two years of age, the youngest age at which the current study was able to detect the disorder. Dr. Frank Duffy, the team’s lead scientist, acknowledges that more work needs to be done and the hope is that EEG scans will one day detect autism even earlier.


Another recent study shows that this is possible. Measuring differences in the brain’s white matter, scientists were able to differentiate between normal children and those with autism spectrum disorder as young as six months old.

While this is not the first study to look at the benefits of EEG in identifying autism, researchers said their closely defined group of participants makes their findings significant.

All of the kids with autism who were studied had classic autism, not high-functioning or Asperger’s syndrome, and were free of any known genetic disorder like fragile X syndrome. Additionally, researchers excluded children with other conditions like seizures and those taking medication in order to ensure the accuracy of the patterns they discovered.

“We studied the typical autistic child seeing a behavioral specialist — children who typically don’t cooperate well with EEGs and are very hard to study,” said Dr. Frank Duffy of Harvard and Children’s Hospital Boston, one of the study authors. “These factors allowed us to make a discriminatory rule that was highly significant and highly replicable.”

Autism is a complex disorder that continues to perplex researchers and clinicians. It is thought to be about 90 percent genetic, but environment also plays an important role. As yet, there is no cure. However, a test that could detect the disorder at the earliest possible age could serve as a supportive measure for treatment, and one day, a cure.

A new study has found that weak head and neck control in infants is a red flag for autism spectrum disorder (ASD), as well as language and social developmental delays.

Researchers at Kennedy Krieger Institute suggest that a simple “pull-to-sit” task, a simple measure of posture control in infants, be added to existing developmental screenings at pediatric well visits to improve early detection of developmental delays.

The researchers studied two groups of infants. The first consisted of 40 infants, ages 5.6 to 10 months, considered to be at high genetic risk because a sibling had autism. The research team examined the baby’s ability to maintain head alignment when being carefully, yet firmly, pulled by the arms from lying flat on his or her back to a sitting position.

Infants were scored according to whether their head maintained alignment with the spine, or was in front of the spine, during the task. Lack of this head control indicated head lag, according to Rebecca Landa, Ph.D., study author and director of the Center for Autism and Related Disorders at Kennedy Krieger Institute.

The researchers also tested the children for head lag at 14 and 24 months, as well as at 30 and 36 months, the age that a diagnosis of ASD is considered definitive.

The study found that:
In the second group, researchers examined 6-month-olds at a single point in time for the presence of head lag. They found that 75 percent of high-risk infants exhibited head lag, compared to 33 percent of low-risk infants.

“Our findings show that the evaluation of motor skills should be incorporated with other behavioral assessments to yield insights into the very earliest signs of autism,” said Landa.

From the www.HuffingtonPost.com Blog - Healthy Living


Searching for the Onset of Autism

NOTE: The original version of this article appeared in Scientific American. You can read it HERE.

Early behavioral intervention has shown some promise as a way to help children with autism. But it’s difficult to see the hallmarks of autism before two years of age with today’s diagnostic criteria. Could we find other methods?

Seeking to answer that question is Jed Elison at the California Institute of Technology, who is working with Ralph Adolphs at Caltech and Joe Piven at the University of North Carolina among other colleagues around the U.S. and Canada.

Elison provided some preliminary findings at the Neuromagic 2012 conference held from May 7 to 10, 2012 on San Simón, the Island of Thought, near Vigo, Spain.

Today’s criteria, from the psychiatric bible called the DSM-IV, include attributes of social impairments, communication deficits, and repetitive patterns of behavior and restricted interests (either in intensity or content). “There’s a biological reality,” said Elison, “that you can’t capture perfectly with a classification system like this.”

Nevertheless, there’s “no question that the classification system serves a very important role in identifying kids who require specialized clinical services” Recognizing the condition early can help. “There’s some evidence that early intervention alleviates” some of the behavioral challenges for these children, he added.

Elison and collaborative partners of the Infant Brain Imaging Study Network are recruiting families who have a child with autism and an infant sibling under six months of age. Because autism has a genetic component, they employ what they call the “high-risk-sibling” strategy to prospectively characterize the earliest markers of autism.

They conduct longitudinal studies with the younger siblings—making an assessment of these infants at six months, 12 months and 24 months. Ideally, they will define the onset of symptoms and its developmental course.


In addition to assessing behavior, the researchers are also examining brain development, specifically the development of white matter microstructure, using diffusion tensor imaging. White matter includes part of the neuron called the axon that is responsible for transmitting electrical signals throughout the brain.

“Cognitive and social-cognitive development requires efficient information processing, which consequently requires efficient signal transmission” said Elison. White matter is not developing the same in infants who go on develop autism, and a recent study suggests that these differences may appear as early as six months.

What about behavioral differences? The researchers are also very interested in subtle attentional and visual-orienting patterns that may be different very early in life. These behaviors are very important for subsequent social-cognitive development and might be amenable to targeted intervention.


Elison highlighted that many of the scientific themes relevant to magic or sleights of hand, including attentional orienting and joint attention, making eye contact, perceiving biological motion, and theory of mind (that is, making inferences about the mental or emotional state of another individual) are especially important themes for autism researchers. “Deficits in any of these areas could make individuals with autism less susceptible to magic,” said Elison.

Drawing a connection to the theme of the conference in his conclusion, Elison questioned whether susceptibility to magic or sleights of hand might also vary with development. Several of the attending magicians pointed out that performers must tailor their approach for different audiences and that very young children present unique challenges, because they may still engage in “magical thinking”—believing in unseen causes—and because their cultural knowledge and social-cognitive skills aren’t yet fully formed.
at 7:06 AM