Study : Yet Another Immune System Abnormality in Autism

From the Blog Autism Jabberwocky

A new study has reported that a large number of children with autism may have an elevated level of interleukin-17A. This isn't a new result but it is interesting, because this time there appears to be an association between the level of IL-17A and the severity of autism - the more severe the case, the higher the level of IL-17A.

You can read the entire open-access article from the Journal of Neuroinflammation HERE.

The abstract is below.

Elevated Serum Levels of Interleukin-17A in Children with Autism

BACKGROUND
The T-helper (Th)1/Th2 dichotomy dominated the field of immune regulation until interleukin (IL)-17-expressing T cells (Th17) were proposed to be a third lineage of helper T cells, the key players in the pathogenesis of autoimmune disorders. Autoimmunity to brain tissue may play a pathogenic role in autism. IL-17A is a pro-inflammatory cytokine that has been shown to play an important role in various autoimmune neuroinflammatory diseases. The aim of this study was to measure serum levels of IL-17A in relation to the degree of the severity of autism.

CONCLUSIONS
Serum IL-17A levels were raised in the group with autism, and the levels correlated significantly with the severity of autism. This is the first study to measure levels of IL-17A in relation to the severity of autism, to our knowledge. Further research, with a larger subject population, is warranted to determine whether the increase of serum IL-17A levels plasma has a pathogenic role in autism, and whether anti- IL-17A therapy could be useful.

Of course, this could be a coincidence, but I doubt it.

Researchers Find Evidence of Link between Immune Irregularities and Autism

Scientists at the California Institute of Technology (Caltech) pioneered the study of the link between irregularities in the immune system and neurodevelopmental disorders such as autism a decade ago. Since then, studies of postmortem brains and of individuals with autism, as well as epidemiological studies, have supported the correlation between alterations in the immune system and autism spectrum disorder.

What has remained unanswered, however, is whether the immune changes play a causative role in the development of the disease or are merely a side effect. Now a new Caltech study suggests that specific changes in an overactive immune system can indeed contribute to autism-like behaviors in mice, and that in some cases, this activation can be related to what a developing fetus experiences in the womb.

"...a new Caltech study suggests that specific changes in an overactive immune system can indeed contribute to autism-like behaviors in mice, and that in some cases, this activation can be related to what a developing fetus experiences in the womb."

The results appear in a paper this week in the Proceedings of the National Academy of Sciences (PNAS). You can read the abstract HERE.

“We have long suspected that the immune system plays a role in the development of autism spectrum disorder,” says Dr. Paul Patterson, the Anne P. and Benjamin F. Biaggini Professor of Biological Sciences at Caltech, who led the work.

“In our studies of a mouse model based on an environmental risk factor for autism, we find that the immune system of the mother is a key factor in the eventual abnormal behaviors in the offspring.” A new Caltech study suggests that specific changes in an overactive immune system can indeed contribute to autism-like behaviors in mice, and that in some cases, this activation can be related to what a developing fetus experiences in the womb.

The first step in the work was establishing a mouse model that tied the autism-related behaviors together with immune changes. Several large epidemiological studies—including one that involved tracking the medical history of every person born in Denmark between 1980 and 2005—have found a correlation between viral infection during the first trimester of a mother’s pregnancy and a higher risk for autism spectrum disorder in her child. To model this in mice, the researchers injected pregnant mothers with a viral mimic that triggered the same type of immune response a viral infection would. 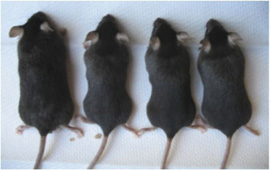 “In mice, this single insult to the mother translates into autism-related behavioral abnormalities and neuropathologies in the offspring,” says Elaine Hsiao, a graduate student in Patterson’s lab and lead author of the PNAS paper.

The team found that the offspring exhibit the core behavioral symptoms associated with autism spectrum disorder—repetitive or stereotyped behaviors, decreased social interactions, and impaired communication. In mice, this translates to such behaviors as compulsively burying marbles placed in their cage, excessively self grooming, choosing to spend time alone or with a toy rather than interacting with a new mouse, or vocalizing ultrasonically less often or in an altered way compared to typical mice.

Next, the researchers characterized the immune system of the offspring of mothers that had been infected and found that the offspring display a number of immune changes. Some of those changes parallel those seen in people with autism, including decreased levels of regulatory T cells, which play a key role in suppressing the immune response. Taken together, the observed immune alterations add up to an immune system in overdrive—one that promotes inflammation.

"Some of those changes parallel those seen in people with autism. Taken together, the observed immune alterations add up to an immune system in overdrive—one that promotes inflammation."

“Remarkably, we saw these immune abnormalities in both young and adult offspring of immune-activated mothers,” Hsiao says. “This tells us that a prenatal challenge can result in long-term consequences for health and development.”

With the mouse model established, the group was then able to test whether the offspring’s immune problems contribute to their autism-related behaviors. In the most revealing test of this hypothesis, the researchers were able to correct many of the autism-like behaviors in the offspring of immune-activated mothers by giving the offspring a bone-marrow transplant from typical mice. The normal stem cells in the transplanted bone marrow not only replenished the immune system of the host animals but altered their autism-like behavioral impairments.

The researchers emphasize that because the work was conducted in mice, the results cannot be readily extrapolated to humans, and they certainly do not suggest that bone-marrow transplants should be considered as a treatment for autism. They also have yet to establish whether it was the infusion of stem cells or the bone-marrow transplant procedure itself—complete with irradiation—that corrected the behaviors.

However, Patterson says, the results do suggest that immune irregularities in children could be an important target for innovative immune manipulations in addressing the behaviors associated with autism spectrum disorder. By correcting these immune problems, he says, it might be possible to ameliorate some of the classic developmental delays seen in autism. 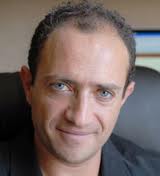 In future studies, the researchers plan to examine the effects of highly targeted anti-inflammatory treatments on mice that display autism-related behaviors and immune changes. They are also interested in considering the gastrointestinal (GI) bacteria, or microbiota, of such mice. Co-author Sarkis Mazmanian, a professor of biology at Caltech, has shown that gut bacteria are intimately tied to the function of the immune system. He and Patterson are investigating whether changes to the microbiota of these mice might also influence their autism-related behaviors.

Notes about this Autism Research and Article