Autism Scientists Search for Help, for Their Own Kids' Sakes

Neuroscientist Kevin Pelphrey has a Ph.D., a long list of awards and million-dollar grants from the National Institutes of Health.


None of that impresses his six-year-old son Kenneth.

Young Kenneth has good reason to be impatient — and unusually curious about his father's work, says Pelphrey, one of the country's leading autism researchers. Two of Pelphrey's three children — Kenneth's big sister, Frances, and little brother, Lowell — have been diagnosed with autism-spectrum disorders.

"I'd really like to cure autism and be out of a job," says Pelphrey, an associate professor of child psychiatry at the Yale School of Medicine's Child Study Center. "I wish I had more ideas faster."

Pelphrey is one of a handful of leading autism scientists who also have children with the disorder.

Autism-spectrum disorders, which cause impairments in communication and socializing, as well as repetitive behaviors, now strike one in 88 children, or more than 1 million in all, according to a new report from the Centers for Disease Control and Prevention.

High-functioning autistic adults are also contributing to the study of autism. In an essay in the journal Nature, University of Montreal psychiatry professor Laurent Mottron singled out the work of a self-taught researcher with autism, Michelle Dawson, with whom he has co-written 13 papers and several book chapters.

Families, of course, have a long history of rallying to the aid of their children, using whatever talents they possess. Most of the major non-profits funding autism research — including the Simons Foundation, Autism Speaks and the Autism Science Foundation — were founded by the parents or grandparents of people with autism. 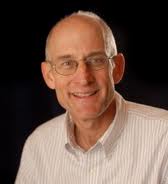 "It's definitely why I do what I do," says Edwin Cook, a professor of psychiatry at the University of Illinois-Chicago College of Medicine, whose autistic brother died in 1989 at age 28. He's now studying genes related to autism, as well as helping lead advanced clinical trials of a drug to treat social withdrawal in autism.

"I'll die not knowing what I wanted to, but hopefully I will have contributed a little bit along the way," he says.

Ricardo Dolmetsch, an associate professor of neurobiology at Stanford University, says his son's autism diagnosis has changed his personal and professional lives.

A decade ago, Dolmetsch was working in biophysics. He changed fields when his son, now 9, was diagnosed. Transforming the focus of his research, he says, was part of the "phases of grief" parents often undergo when faced with autism. After overcoming their initial denial of their son's condition, he and his wife felt compelled to "leave no stone unturned," Dolmetsch says.

"It was very traumatic," he says. "We had to change the direction of my lab. We had no funding. We had no track record. But it's motivating for me and for my lab. There is nothing like working for a cause. It's why we do what we do." 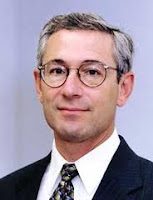 Dolmetsch's work has been singled out by Thomas Insel, director of the National Institutes of Mental Health, as a "game-changer" in autism. To help scientists study the autistic brain — a notoriously difficult task, given that doctors can't routinely biopsy the brain, as they might a colon tumor — Dolmetsch found a way to "create" brain cells in a lab dish by transforming skin cells of autistic children into stem cells, then back into neurons, or brain cells.

A Challenge at Home, Too

This work was made more difficult, Dolmetsch says, by the fact that caring for a child with a disability is a full-time job. Although his wife, neurobiologist Asha Nigh, supports his research through managing projects and writing grant proposals, she has put her own scientific career on hold so she can care for their son and his brother, age 7.

"The finances of autism are brutal. The amount of continuous care these kids need is a lot. The only thing that works at all are behavioral treatments. They're very intensive, and they're horrifyingly expensive."

Dolmetsch says his wife has earned an honorary doctorate "in getting insurance coverage for stuff."

"The finances of autism are brutal," he says. "The amount of continuous care these kids need is a lot. … The only thing that works at all are behavioral treatments," which, depending on the state and one's health plan, may not be covered by insurance, he says. "They're very intensive … and they're horrifyingly expensive."

In some ways, knowing too much about autism can be a burden, Dolmetsch says.

"On the one hand, I get insights from him and his buddies and going to the clinic," Dolmetsch says. "The downside is that there is a certain amount of denial that is important when you are raising a child and you don't know exactly what is going to happen to them. It's harder to have that denial if you are a scientist. You've seen it in other people, and you know what can happen and you know what the statistics are."

"... there is a certain amount of denial that is important when you are raising a child and you don't know exactly what is going to happen to them. It's harder to have that if you are a scientist. You've seen it in other people, you know what can happen and you know what the statistics are."

Still, Dolmetsch feels lucky his work may help scientists better understand what's happening between brain cells in children with autism and even lead to new drug therapies. He also works hard to mentor young researchers and interest other scientists in autism.

Dolmetsch says he also tries to answer questions from other parents who write to him for advice. Because there are so few effective treatments for autism, many parents turn to alternative therapies. In many cases, however, those therapies are ineffective, a waste of money or, even worse, dangerous, Dolmetsch says.

Recently, he has gotten a lot of e-mails from parents looking to go abroad for mysterious "stem cell therapies," he says, including treatments in which practitioners offer treatments made with stem cells derived from fat, at a cost of up to $30,000.

"There are a lot of hucksters. They're springing up everywhere. In the best case, it's fraud. People are super-desperate. I'm as desperate as they are."

"There are a lot of hucksters," Dolmetsch says. "They're springing up everywhere. … In the best case, it's fraud, because they will put the cells in your body and they will be attacked by the immune system and die. In the worst case, they will cause something terrible, like cancer. … This has to be fraud, because we are not about to put stem cells in anybody's brain. People are super-desperate. I'm just as desperate as they are."

Pelphrey was studying a subject relevant to autism — the "social brain" — when his daughter was diagnosed at age 4. Like Dolmetsch, he shifted his research to focus exclusively on autism. Insel notes that Pelphrey has helped to change the way people think about autism by finding that the siblings of autistic children appear to share some of their brain patterns but find ways to compensate.

"You can see why they're so passionate," Insel says.

Pelphrey didn't think much of enrolling his youngest son in one of Yale's research projects, assuming that the child would serve as one in a control group of "healthy" children to their autistic siblings.

Instead, his son, Lowell, also was diagnosed with a form of autism, called pervasive development disorder-not otherwise specified, or PDD-NOS, at age 1½. In spite of Pelphrey's expertise in autism and experience as the father of an autistic daughter, he hadn't noticed his son's symptoms.

"We honestly thought he would get a clean bill of health," Pelphrey says. "Then we found out he was developing toward autism."

Thanks to that early diagnosis, Lowell began 32 hours a week of early behavioral therapy. He has made impressive progress. Today, at age 3, Lowell no longer has any autism-spectrum diagnosis, Pelphrey says.

"He's not on the spectrum anymore," Pelphrey says. "We kind of altered his developmental course. He still has subtle language and social deficits, and he's awkward and shy. But it's a matter of personality at this point.

"Frankly, he's not all that different from most of my professor colleagues. I think he will have a very different life."
at 6:42 AM