Bullies Are Not Born; They Are Raised

People often wonder what causes children to bully. Why is it that some children feel the need to hurt and humiliate other children? What do they really stand to gain from this cruel behavior? 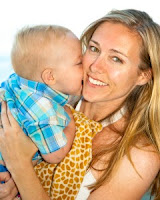 Some studies indicate that some (not all) bullies have naturally aggressive and/or hyperactive personalities from the start. Some. But that doesn’t mean that all “spirited” kids will bully while all “mellow” kids will be perfectly empathic and kind. Those are just a couple of traits that have been identified in some bullies.

The truth is that bullies are not born into this world. Bullies are raised.

Bullying, at its core, is a learned behavior that is used in response to stress. Bullying is an attempt to gain superiority or control over another. Bullies do tend to have a few things in common:

Due to immature social skills, bullies tend to view threats where there are none, and identify other kids as hostile when they are not. Accidentally bump into a bully in line at the cafeteria, and a fight might erupt based on a snap judgment. Due to lack of compassion and empathy, bullies have difficulty understanding how others feel, and they are unable to accurately decode situations in which other kids are actually attempting to show empathy toward them.

Although it can be difficult to find compassion for a bully, particularly when your child is the target of one, there is generally a reason behind the bullying. That’s not to say that bullies should not face consequences. They should. And zero tolerance is the only way to truly eradicate bullying.

It can be useful, however, to understand some of the reasons why kids become bullies:

1.) Strained parental relationships. Bullies often lack warm, caring, and involved parents. Parents of bullies tend to be highly competitive and place unreasonable demands on their children to be superior to other kids (academically, socially, athletically, etc.). These parents often have prejudices based on race, sex, wealth, and achievements. They teach their children to compete at all costs, and to win by whatever means.

3.) Poor academic performance. Some kids bully in response to academic stress. When they struggle in the classroom and feel that they are not being helped, they may begin to lose hope. When hope is lost, children act out. This can translate to bullies seeking “revenge” on the higher achieving kids.

4.) Unsupportive peer networks. Children who are isolated and feel disliked or unsupported by peers often turn to bullying to gain some social control. Their distorted thinking causes them to believe that controlling other kids = having friends.

5.) Child abuse. There is ample evidence that children who are physically abused by their parents turn around and bully other kids. These same kids are likely to develop anxiety, depression, and drug & alcohol problems and will probably abuse their own kids later in life. Abuse is cyclical.

6.)  Victims of bullies. Many bullies have actually been victims of bullies at another time. Due to lack of support, poor social skills, and relying on learned behaviors, these kids use bullying behaviors to try to gain superiority and control so that they will no longer be victimized.

7.) Low self-esteem. When you add up all of the possibilities, it should come as no surprise that bullies tend to struggle with self-esteem. The outward behaviors they choose to show mask their true inner feelings. They lack self-confidence, struggle to fit in, and are often ridiculed and marginalized by their own parents and/or siblings.

There are steps we can take to avoid raising bullies. I can’t stress to you enough the importance of building positive relationships with your children. They need to feel loved, supported, and heard by their parents. They will make poor choices at times and fail where we wish they would succeed, but they are our children, and we need to love them anyway.

Below are a few tips to work on building those positive relationships:


There is some good news in all of this. Bullies are not born; bullies are raised. We have the opportunity to raise children who will choose to be empathic, kind, and loyal friends. All we have to do is teach them those skills.

Katie Hurley is a psychotherapist who blogs at Practical Parenting.
at 7:36 AM