Children's Brains Change As They Learn To Think About Others

Researchers have shown that activity in a certain region of the brain changes as children learn to reason about what other people might be thinking.

At around the age of 4 or 5, children begin to think and reason about other people's thoughts and emotions; they start to develop a skill that scientists call "Theory of Mind".

Now, a new study shows that a region of the brain that was already known to be involved in the use of this skill in adults, changes its pattern of activity in children as they begin to acquire theory of mind reasoning for themselves.

Rebecca Saxe, a neuroscientist at Massachusetts Institute of Technology (MIT) and colleagues, suggest their findings provide a good basis for studying Theory of Mind impairments in autistic children.

They write about their work in a paper published online on July 31 in the journal Child Development.

Saxe is also an associate professor of brain and cognitive sciences and associate member of MIT's McGovern Institute for Brain Research.

In earlier research, she had already established where theory of mind sits in the adult brain: it occupies a region known as the right temporo-parietal junction (TPJ).

In this latest study, she and her team show that activity in the TPJ changes as children learn to employ theory of mind. 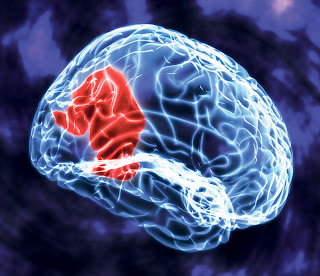 The findings suggest that as children age, the right TPJ becomes more specific to Theory of Mind, and over time, its patterns of activity look more like those of adults.

The researchers also found the children who did better in tasks where they needed to use theory of mind, were those whose right TPJ was particularly active when they listened to stories about other people's thoughts.

Hyowon Gweon, a graduate student in Saxe's lab and lead author of the paper, told the press this week:

"Given that we know this is what typically developing kids show, the next question to ask is how it compares to autistic children who exhibit marked impairments in their ability to think about other people's minds."

In the study, the researchers used a version of what is commonly known as the "Sally-Anne" False Belief Test, a classic way of studying theory of mind in young children.

Sally and Anne are dolls that the researcher uses to play out a short scene in front of the child.

In the first part of the scene, Sally takes a marble and hides it in her basket. She then leaves the room.

Anne then takes the marble and puts it in her box. Sally comes back in the room, and the scene pauses while the researcher asks the child "Where will Sally look for her marble?"

Previous studies have shown children usually start developing theory of mind around the age of 4: they will say Sally is going to look in the basket. But with autistic children, this happens much later, if ever.

What the Researchers Did

For the study, the researchers examined 20 children, aged from 5 to 11 years, as they took part in two experiments.

In the first experiment, the children underwent functional magnetic resonance imaging (fMRI) brain scans as they listened to stories.

As each child sat in the MRI machine, he or she listened to three different types of story: the first focused on the mental states of the people in the story; the second focused only on what people looked like and what they did; and the third type of story focused on physical objects (not people).

The researchers measured the children's brain activity as they listened to all three stories. Then they compared the scans to see if any brain regions were only active when the children listened to the story about people's mental states.

In the second experiment the children took part in a version of the Sally-Anne test. The researchers also asked them questions that required the children to make moral judgements, as another way to measure their theory of mind skill.

But in older children, the results were different. Both the left and right TPJ brain regions appeared to be more highly "tuned" when listening to stories about people's thoughts and feelings, and weren't active at all during the stories about what people looked like and did.

When they compared these results to those of the second experiment, they found that the extent to which activity in the right TPJ region was tuned into the story about mental states tied in closely with how the children performed in the Sally-Anne tests that measured their theory of mind skill.

An expert who was not involved with the study suggests it significantly increases our understanding of how theory of mind develops in children as they get older.

"Getting more insight into the neural basis of the behavioral development we're seeing at these ages is exciting," said Kristin Lagattuta, an associate professor of psychology at the University of California at Davis.

The researchers are also working on another study using a similar set of tests, that aims to discover more about the neural underpinning of theory of mind in children with autism.

Gweon said we know very little about the differences in neural mechanisms involved in children with such impairments, and that:

"Understanding the developmental changes in brain regions related to theory of mind is going to be critical to think of measures that can help them in the real world."

Sensing the motives and feelings of others is a natural talent for humans. But how do we do it? Here, Rebecca Saxe shares fascinating lab work that uncovers how the brain thinks about other peoples' thoughts -- and judges their actions.
﻿
at 1:50 PM