Father’s Age Is Linked to Risk of Autism and Schizophrenia

From The New York Times - Health

Older men are more likely than young ones to father a child who develops autism or schizophrenia, because of random mutations that become more numerous with advancing paternal age, scientists reported on Wednesday, in the first study to quantify the effect as it builds each year.

The age of mothers had no bearing on the risk for these disorders, the study found.

Experts said that the finding was hardly reason to forgo fatherhood later in life, though it might have some influence on reproductive decisions. The overall risk to a man in his 40s or older is in the range of 2 percent, at most, and there are other contributing biological factors that are unknown.

But the study, published online in the journal Nature, provides support for the argument that the surging rate of autism diagnoses over recent decades is attributable in part to the increasing average age of fathers, which could account for as many as 20 to 30 percent of cases.

The findings counter the longstanding assumption that the age of the mother is the most important factor in determining the odds of a child having developmental problems.

The risk of chromosomal abnormalities, like Down Syndrome, increases for older mothers, but when it comes to some complex developmental and psychiatric problems, the lion’s share of the genetic risk originates in the sperm, not the egg, the study found.

Previous studies had strongly suggested as much, including an analysis published in April that found that this risk was higher at age 35 than 25 and crept up with age. The new report quantifies that risk for the first time, calculating how much it accumulates each year.

The research team found that the average child born to a 20-year-old father had 25 random mutations that could be traced to paternal genetic material. The number increased steadily by two mutations a year, reaching 65 mutations for offspring of 40-year-old men.

The average number of mutations coming from the mother’s side was 15, no matter her age, the study found.

“This study provides some of the first solid scientific evidence for a true increase in the condition” of autism, said Dr. Fred R. Volkmar, director of the Child Study Center at the Yale School of Medicine, who was not involved in the research. “It is extremely well done and the sample meticulously characterized.”

“This study provides some of the first solid scientific evidence for a true increase in the condition of autism. It is extremely well done and the sample meticulously characterized.”

The new investigation, led by the Icelandic firm DeCODE Genetics, analyzed genetic material taken from blood samples of 78 parent-child trios, focusing on families in which parents with no signs of a mental disorder gave birth to a child who developed autism or schizophrenia. This approach allows scientists to isolate brand-new mutations in the genes of the child that were not present in the parents.

Most people have many of these so-called de novo mutations, which occur spontaneously at or near conception, and most of them are harmless. But studies suggest that there are several such changes that can sharply increase the risk for autism and possibly schizophrenia — and the more a child has, the more likely he or she is by chance to have one of these rare, disabling ones.

Some difference between the paternal and maternal side is to be expected. Sperm cells divide every 15 days or so, whereas egg cells are relatively stable, and continual copying inevitably leads to errors, in DNA as in life.

Still, when the researchers removed the effect of paternal age, they found no difference in genetic risk between those who had a diagnosis of autism or schizophrenia and a control group of Icelanders who did not.

“It is absolutely stunning that the father’s age accounted for all this added risk, and it’s stunning that so little is contributed by the mother's age.” 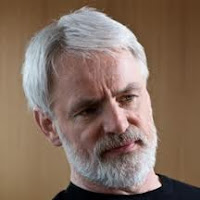 “It is absolutely stunning that the father’s age accounted for all this added risk, given the possibility of environmental factors and the diversity of the population,” said Dr. Kari Stefansson, the chief executive of DeCODE and the study’s senior author. “And it’s stunning that the mother's age contirbutes so little."

Dr. Stefansson said it made sense that de novo mutations would play a significant role in brain disorders. At least 50 percent of active genes play a role in neural development, so that random glitches are more likely to affect the brain than other organs, which have less exposure.

In the end, these kinds of mutations may account for 20 to 30 percent of cases of autism, and perhaps schizophrenia, some experts said. The remainder is probably a result of inherited genetic predisposition and environmental factors that are the subjects of numerous studies.

Dr. Stefansson and other experts said that an increase in the average age of fathers had most likely led to more cases of autism. Unlike other theories proposed to explain the increase, like vaccinations, it is backed by evidence that scientists agree is solid.

This by itself hardly explains the overall increase in diagnoses, at least in the United States. The birthrate of fathers age 40 and older has increased by more than 30 percent since 1980, according to government figures, but the diagnosis rate has jumped tenfold, to 1 in 88 8-year-olds.

And it is not clear whether the rate of schizophrenia diagnosis has increased at all in that time.

Nonetheless, if these findings hold up and extend to other brain disorders, wrote Alexey S. Kondrashov of the University of Michigan, in an editorial accompanying the study, “then collecting the sperm of young adult men and cold-storing it for later use could be a wise individual decision.”

That very much depends on the individual. “You are going to have guys who look at this and say, ‘Oh no, you mean I have to have all my kids when I’m 20 and stupid?’ ” said Evan E. Eichler, a professor of genome sciences at the University of Washington in Seattle. “Well, of course not. You have to understand that the vast majority of these mutations have no consequences, and that there are tons of guys in their 50s who have healthy children.”


Dr.Kari Stefansson, M.D., CEO of deCODE genetics talks about the nature of genetic tests, how they will affect the doctor-patient relationship and how they fit into the future of health care as a part of preventive approach well-care. deCODE genetics offers deCODEme, a comprehensive one million snip genomic scan and individual genetic tests for numerous diseases and conditions.
at 9:50 AM