Summer is winding down and colleges are ramping up for a new influx of recent high school graduates.

Given the steady increase in students diagnosed with attention-deficit hyperactivity disorder (ADHD), some colleges are proactively developing programs to help the student make a successful transition to college.

Attention-deficit hyperactivity disorder, or ADHD, affects 1 to 4 percent of college students, according to national studies. For freshmen with ADHD, the transition to college can be especially difficult. 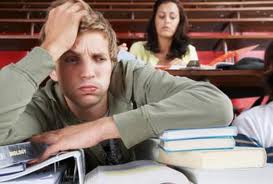 Many previous studies have shown ADHD among college students can be a serious disorder that is an everyday struggle. Kristy Morgan, a recent Kansas State University doctoral graduate in student affairs and higher education, studied how students with ADHD make the transition from high school to college.

“Nobody had really studied the transition from high school to college,” Morgan said.

“Transitions can be the toughest time for people. This can be especially true when the transition is from the home environment where parents have been involved in daily plans, schedules and medication.”

“Kristy’s research is an important contribution to understanding and facilitating the transition to college for students with ADHD,” said Kenneth Hughey.

“The results and the recommendations that followed are intended to help students with ADHD make a successful transition, their parents as they support their children in the transition, and student affairs professionals who work with the students once they are on campus.”

In her small exploratory study, Morgan interviewed eight freshmen — four men and four women — to talk about their transition during their first semester of college. The freshmen were all living on campus and were at least an hour away from home.

Morgan found a common thread among these students with attention deficit disorder was a failure to adequately plan their college transition.

The students did not factor ADHD into their decision-making about college, but rather chose a college based on how the campus felt, the reputation of the school or that it was where they had always wanted to attend.

“Most of the students found college to be tougher than they had expected,” Morgan said. “Even with the availability of resources, they still felt overwhelmed with accessing these resources.”

Morgan found that preplanning was a significant factor for success. Students who had established an ADHD management strategies — such as ways to keep a schedule or study for tests were able to adjust to the new college life — while students who did not have strategies in place before they went to college, felt overwhelmed.

“A big struggle for students was adjusting to increased freedom and increased responsibility,” Morgan said.

“They anticipated loving the freedom of college and being away from their parents. But they also realized that college required responsibility and that responsibility was overwhelming to them.”

Morgan was amazed to find that parents were very involved in the transition from home to college. She discovered that some parents were instrumental for students’ college activities — they served as alarm clocks, organized their rooms and continued to manage medical care.

“The parents filled prescriptions and contacted doctors even while the student was at college, which was surprising to me,” Morgan said. “The students really did not handle it independently.”

Morgan discovered the reliance on parents became a negative as students often lacked basic knowledge of ADHD and how their medication worked. However, students did understand that medication was crucial to their success in college because they needed it to help focus during lectures and studying time.

“There were some students who took medication sporadically prior to college,” Morgan said. “They realized that to be successful in college, their medication moved from optional to mandatory.”

Morgan discovered that side effects influenced how often students took medication. For example, some students would not take medication because they felt it made them not as fun in social situations.

The findings suggest that a combined effort between families, students and the university staff is needed to help students with ADHD adjust and succeed in college.

Morgan has developed the following recommendations for universities and families to support college students who have ADHD: