Childhood trauma has long been known to raise a child’s odds of developing depression and addiction later on. Now, a small but intriguing new study links these risks to specific changes in the brain, finding that disruptions in certain neural networks are associated with increased chances of substance use disorders, depression or both in teens.

Researchers at the University of Texas studied 32 teens, 19 of whom had been maltreated in childhood but did not have a current psychiatric disorder. The researchers defined trauma or maltreatment as any type of significant abuse or neglect lasting six months or longer, or a major traumatic experience like life-threatening illness, witnessing domestic violence or losing a parent before age 10.

The other 13 participants in the study served as the control group, having no history of major child trauma or psychiatric problems.

"...nearly half the maltreated children had a either a diagnosable drug problem or depression or both, three times the rate seen in controls."

This meant that nearly half the maltreated children had a either a diagnosable drug problem or depression or both, three times the rate seen in controls.

Using a brain-imaging technique that measures the integrity of the white matter that connects various brain regions, the researchers looked for any differences in the teens’ brains when they were first enrolled in the study, before they had developed any psychiatric problems.

The scans showed that kids who had been maltreated showed connectivity problems in several brain areas, including the superior longitudinal fasciculus (SLF), which is involved in planning behavior and, usually on the left side of the brain, in language processing.

Another affected region was the right cingulum-hippocampus projection (CGH-R). This tract helps connect the brain’s emotional processing regions with those involved in more abstract thought, ideally allowing the person to integrate both types of information and to regulate their response to emotional stress.

Because prior studies have found reduction in different white matter regions among maltreated children — and because this was a small study — more research is required before any firm conclusions can be drawn.

But the findings do add to the already voluminous literature suggesting that addiction problems have more to do with people’s attempts to manage or flee pain than to their desire to seek pleasure — and that simple drug exposure is not sufficient to trigger addiction.

Understanding how severe stress and trauma can lead to addictions and other mental illnesses should ultimately help lead to better treatments. In the meanwhile, the best prevention is treating all children with loving kindness.

The study was published in Neuropsychopharmacology. 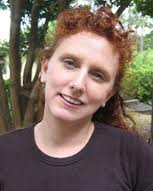 Maia Szalavitz is a health writer for TIME.com. Find her on Twitter at @maiasz. You can also continue the discussion on TIME Healthland’s Facebook page and on Twitter at @TIMEHealthland.
at 12:00 PM