How Many Hours of Sleep Students Need and Why

From the My.PsychologyToday.com Blog Radical Teaching - Classroom Strategies from a Neurologist

As a neurologist and middle school teacher I have often been asked about the best schedule to maximize children’s health and brainpower. During sleep, the higher thinking regions of the brain are less active because information enters the brain during sleep. This is when the brain can devote a greater portion of its energy (metabolism) to organization and filing the information learned during the day. This brain state is just what is needed to allow recently learned material to be stored in long-term memory.

During the longest periods of uninterrupted deep sleep, (rather than during the "dream sleep" associated with rapid eye movement known asREM sleep) memory storage in the brain is most efficient. This is the critical time when the brain transforms recent memories into long-term memories by building and extending the branches that connect nerve cells.

The amount of information held in a single neuron is minute. It takes hundred of neurons connected together in a memory circuit to recall even your name. Neuroplasticity is the process through which these memory circuits are constructed, connecting neurons together so their combined data becomes a memory. The major component of neuroplastic growth is the connections that extend into and out of each neuron - dendrites. Through the sprouting and connecting of these dendrites, new learning is physically linked into the larger related neural networks of memories.

Long-term memory consolidation with dendrite growth involves the building of new proteins in the memory circuits. These changes appear as increased metabolic activity on brain images in these memory storage areas during the later hours of sleep.

Dendrite branching is stimulated by the neurotransmitter serotonin secreted by the brain predominantly between the sixth and eighth hour of sleep. This correlates with the research that increasing sleep time from six or less hours to eight or more hours can increase memory and alertness up to 25%.

Studies reveal that if students review their notes thoroughly, stop, and go to sleep before or as soon as they begin to feel drowsy, the quality and quantity of retained memory is better than if they push themselves to stay awake and study the material any number of hours once drowsiness has set in. For greater test success, an extra hour of sleep may be more important than an extra hour of studying. 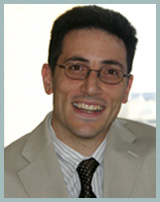 Harvard researchers confirmed the brain’s need for sleep to solidify the information it’s learned during the day. In a study by sleep researcher Dr. Jeffrey Ellenbogen, a test group of 60 students was asked to memorize 20 pairs of random words. Half were told to return 12 hours later, after a good nights rest. The other half was told not to sleep and return in 12 hours. Of those who had slept, 76 percent correctly recalled the words on a test, while only 32 percent of the sleepless students got them right.

Scientists at the University of Pennsylvania found that mice allowed to sleep after being trained remembered what they had learned (connecting a sound to an electric shock) far better than those deprived of sleep for several hours after the conditioned learning took place.

Sleep Needs for Adolescents Match those of Young Children

Research has shown that adolescents need almost as much sleep as young children. As children move through the teen years, they need at least seven hours of sleep a night in order to avoid behaviors associated with sleep deprivation that interfere with cognitive and attention skills.

Sleep performs a restorative function for the body and the brain. Many brain functions become considerably less efficient after a sleepless night. Sleep-deprived children display lower brain activity while working on math problems than they do when rested and they make more mistakes and omit more answers on tests.

Brain scans used to monitor activity in the brains of sleep-deprived subjects performing simple verbal learning tasks showed that that temporal lobe, which is important for language processing, was active during verbal learning in rested subjects but not in sleep deprived subjects. In another university study, parts of the prefrontal cortex and temporal cortex showed the most activity in brain scans of rested children. The prefrontal cortex helps coordinate attention and memory. The temporal cortex contributes to listening and reading comprehension.

Middle and high school teachers recognize that many of their students don't seem to function well in the first hours of the school day. Twenty percent of all high school students fall asleep in school and over 50 percent of students report being most alert after 3:00 p.m., which usually coincides with the end of the academic day. High school students who sleep less than six hours a night generally having poorer grades even if they report the same number of study hours.

Sleep deprivation also reduces the body’s supply of cortisone and growth hormone and disrupts hormones that regulate appetite. One study found that teens who sleep less than 7 hours a night are more likely to be obese. An Australian study discovered that most vehicular accidents involve sleep deprivation. Teens who are get insufficient sleep also have higher levels of stress, anxiety, and depression, and tend to take more unnecessary risks.

In 2004, Duke University stopped scheduling any 8 a.m. classes because students weren’t getting enough sleep. “They’re coming in to see us, and they’re ragged,” said Assistant Dean Ryan Lombardi. Duke also offers students individual health assessments for what to eat and how many hours to sleep.

It is not just nightly sleep that maintains healthy brains and supports learning and memory. Syn-naps, or brain breaks, are important throughout the day to keep neurons firing efficiently. Depending on your children’s ages and focus abilities, the time when they need syn-naps will vary. Syn-naps need to take place before fatigue, boredom, distraction, and inattention set in. As a general rule, to keep children alert and engaged, brain breaks should be scheduled after fifteen minutes of concentrated study for elementary school and thirty minutes for middle and high school. These syn-naps are important not only in the classroom, but also during study periods at home.

During these three to five minute breaks there does not need to be a disruption in the flow of homework or study. Physical movement during the syn-naps circulation along with the deep breathing of exercise will increase the brain levels of oxygen. Syn-naps can include stretching or moving to a different part of the room can provide a fresh outlook and bit of physical activity, such as jumping rope, dancing, or playing to prepare the brain to return to its most efficient state.

During these breaks, the newly learned material has the opportunity to go from short-term to working memory while children relax and refresh their supply of neurotransmitters (the brain’s chemical messengers). Researchers at Brown University found that 37 percent of students in kindergarten through fourth grade have sleep disturbances, and those poor sleep habits in children carry into adolescence.

The Second Best Thing Parents Can Do

It is never too early, or too late, to help your children develop brain-supportive life habits. Exercise, proper nutrition, and adequate sleep all contribute to brain development, memory circuit growth, and the replenishing of the brain proteins (neurotransmitters and endorphins) needed to maximize healthy emotions, mood, attention, memory, and thinking. The second best thing parents can do to promote brain health in children is to speak to them about healthy eating, exercise, and sleeping. The best thing parents can do is set healthy examples for children to follow.
at 5:24 PM