The 10 Biggest Breakthroughs in the Science of Learning

When it comes to human organs, none is quite so mysterious as the brain. For centuries, humans have had numerous misconceptions and misunderstandings about how the organ works, grows and shapes our ability to learn and develop. While we still have a long way to go before we truly unravel all the mysteries the brain has to offer, scientists have been making some major breakthroughs that have gone a long way in explaining both how the brain functions and how we use it to organize, recall and acquire new information.

Here, we list just a few of the biggest and highest-impact of these breakthroughs that have contributed to our understanding of the science of learning.

The brain is equipped to tackle a pretty hefty load of information and sensory input, but there is a point at which the brain becomes overwhelmed, an effect scientists call cognitive overload. While our brains do appreciate new and novel information, as we’ll discuss later, when there is too much of it we become overwhelmed as our minds simply can’t divide our attention between all the different elements vying for it. This term has become a major talking point in criticisms of multi-tasking and in the modern information-saturated online sphere, but the discovery of this cognitive phenomenon also has major implications for education.

In order to reduce mental noise, teachers have had to take new approaches to presenting material, using techniques like chunking, focusing on past experiences, and eliminating non-essential elements to help students remember a large body of information.

2.) The brain is a highly dynamic organ.

Until the past few decades, people believed that the connections between the neurons in your brain were fixed by the time you were a teenager, and perhaps even earlier. One of the biggest breakthroughs in understanding the science of learning happened when scientists began to realize that this just wasn’t the case. In fact, the brain’s wiring can change at any age and it can grow new neurons and adapt to new situations, though the rate at which this happens does slow with age. This phenomenon is called neuroplasticity, and it has had major ramifications in our understanding of how the brain works and how we can use that understanding to improve learning outcomes.

3.) Emotion influences the ability to learn.

The ability to learn, retain, and use information isn’t just based on our raw IQs. Over the past few decades it has become increasingly clear that how we feel and our overall emotional state can have a major impact on how well we can learn new things. Educational situations where students feel stressed, shamed, or just uncomfortable can actually make it more difficult for them to learn, increasing negative emotions and sparking a vicious cycle that may leave some children reluctant to attend class. Research is revealing why, as the emotional part of the brain, the limbic system has the ability to open up or shut off access to learning and memory. 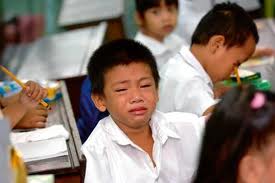 When under stress or anxiety, the brain blocks access to higher processing and stops forming new connections, making it difficult or impossible to learn. It may seem like common sense that classrooms should be welcoming, non-stressful environments, but different students have different triggers for negative emotional states, making it key for educators to watch for signs that indicate this in students.

4.) Mistakes are an essential part of learning.

Failure is a dirty word in most aspects of modern American society, but when it comes to the science of learning, research shows that mistakes are essential. A recent study found that students performed better in school and felt more confident when they were told that failure was a normal part of learning, bolstering a growing body of research that suggests much of the same. Much like it takes multiple tries to get the hang of riding a bike or completing an acrobatic feat, it can also take multiple tries to master an academic task. 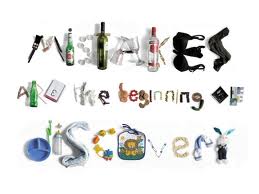 Neuroscience research suggests that the best way to learn something new isn’t to focus on mistakes but instead to concentrate on how to do a task correctly. Focusing on the error only reinforces the existing incorrect neural pathway, and will increase the chance that the mistake will be made again. A new pathway has to be built, which means abandoning the old one and letting go of that mistake.

This idea has formed the basis for a growing debate about education in American schools, which many believe doesn’t allow children to embrace creativity and problem solving as they are too focused on memorization and test scores.

Turns out boredom really can kill you, or at least your will to pay attention and learn. Repetition may have its place in learning, but what the brain really craves is novelty.

Researchers have found that novelty causes the dopamine system in the brain to become activated, sending the chemical throughout the brain. While we often regard dopamine as the “feel good” chemical, scientists have shown that it actually plays a much bigger role, encouraging feelings of motivation and prompting the brain to learn about these new and novel stimuli.

This breakthrough has led to some major changes in how we think about learning, and has motivated many schools to embrace learning methods that cater to our brains’ need for new and different experiences.

6.) There are no learning styles.

What kind of learner are you? Chances are good that at some point during your educational career someone labeled you as a particular type of learner, either visual, auditory, or kinesthetic. This idea that there are distinct types of learners who learn best with certain assortment of stimuli has been showing up in education and brain science for decades, but recent studies have shown that this idea really doesn’t hold much water. 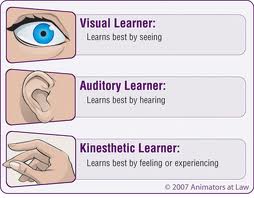 Students may have preferences for how they learn, but when put to the test, students were found to have equivalent levels of learning regardless of how information is presented.

Attention to the individual talents, preferences, and abilities of students, which helps to cater to the emotional and social needs of students and improves their ability to learn, is more important than styles (of which there have been 71 different models over the past few decades).

7.) Brains operate on the “use it or lose it” principle.

There’s a reason that you forget how to speak a language or work out a trigonometry problem if you don’t use those skills on a regular basis. Information in the brain that isn’t used is often lost, as neural pathways are weakened over time.

Research has found that the brain generates more cells than it needs, with those that receive both chemical and electrical stimuli surviving and the rest dying off. The brain has to receive regular stimulation through a given pathway in the brain to sustain those cells, which is why lifelong learning is so important to brain health. These findings also have implications for vacations in K-12 education as well, as students who don’t get intellectual stimulation over the summer are much more likely to forget important skills in reading and math when they return to class.

While some select individuals may learn well cloistered in a library with a stack of books, the majority of people need a social environment to maximize their learning. Research has found that from infancy on, people learn better through social cues, much more easily recalling and emulating the actions or words of another human. Aside from social cues, socialization has been shown to have other learning benefits. 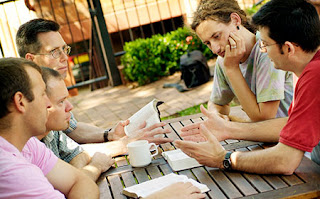 Peer collaboration offers students access to a diverse array of experiences and requires the use of nearly all the body’s senses, which in turn creates greater activation throughout the brain and enhances long-term memory. Group work, especially when it capitalizes on the strengths of its members, may be more beneficial than many realize, both for teachers and their students.

9.) Learning is best when innate abilities are capitalized on.

All of us, from the time we are born, possess innate abilities to see and hear patterns, something that psychologists doubted was true for decades but that we now know to be the case.

Research suggests that reinforcing those innate capabilities by teaching patterns early on may actually help kids learn more and sharpen their brains. Aside from being able to see and hear patterns, the human mind has a number of innate abilities (the ability to learn a language, for instance) that when capitalized on in the right way, can help make learning any concept, even one that is abstract, much easier.

Brain structure and function are intertwined, and you can’t improve one without taking the other into consideration. Yet, in years past, most ideas about learning ignored ways that the brain’s structure itself could be modified, instead focusing on brain function or the brain’s output. The reality is that brain function can only be changed through changing brain structure, which is actually less complicated than it sounds.

For example, brain cells fired up during both perception and action overlap in people, and lessons that engage both allow students to more easily identify with their teachers and to learn concepts more quickly, as their brain cells are getting twice the attention and workout.

In fact, any new information, if used enough, can modify the structure of the brain, something educators and neuroscientists are just starting to fully explore.
at 12:00 PM