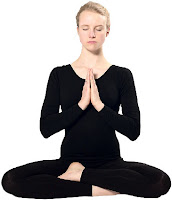 "Yoga appears to have preventative benefits for adolescent mental health."

The study involved 51 students from the 11th- and 12th-grade who were registered for physical education (PE) at a Massachusetts high school. Two thirds of the students were randomly assigned to Kripalu yoga classes that consisted of physical yoga postures as well as breathing exercises, relaxation, and meditation, whilst the remaining third was assigned to regular PE classes.

Before and after the 10-week course, all 51 students completed a range of psychosocial tests, including tests to measure their mood and tension and/or anxiety.

The authors also assessed the students' development of self-regulatory skills, including their resilience, control of anger expression, and mindfulness, which are believed to protect against developing mental health problems.

The investigators also observed that negative emotions worsened amongst students in the control group but improved in those taking yoga, whilst no difference was noted in either group when testing positive emotions.

The authors furthermore observed that there was no important difference in the self-regulatory skill test between groups. Regardless of only a moderate attendance, the students rated yoga fairly high, with almost three quarters reporting they would like to continue yoga classes.

Given that adolescence is a significant period regarding the development of mental health, which includes developing healthy coping responses to stress, various forms of school-based stress management and wellness programs have been developed, which aim to encourage healthy coping strategies and stress resilience amongst teenagers.

One of these approaches is yoga. The exercises combine strength and flexibility coupled with relaxation, meditation and mindfulness techniques. Studies have demonstrated that yoga yields a wide range of benefits for mental and physical health problems, and there is a growing body of evidence that proves that yoga has a positive impact in children and teens.

Even though the study was limited due to its small size, it nevertheless suggests that Kripalu yoga has made some positive psychological impacts on high school students and proven that the results are "generally consistent" with the few previous yoga studies in school settings.

Dr. Noggle and her team indicate that larger studies are needed, which include multiple schools and which track teens for several years into adulthood, in order to clarify the psychological and other health benefits of yoga for adolescents, as well as to examine the potential preventive benefit of yoga regrding the development of mental health problems.
at 8:58 AM