Dyslexia may be rooted in a problem the brain has in teasing out distinct sounds from incoming garble, researchers say.

Considered a learning disability, dyslexia makes it difficult to read and spell for the estimated 15 percent of Americans who have it. Although dyslexia causes reading problems, the disorder is often linked to subtle difficulties with spoken language, such as trouble distinguishing rhyming syllables such as "ba" and "pa."

"Those deficits are seen even in infants who are at high risk for dyslexia," said researcher Iris Berent, a cognitive scientist at Northeastern University in Boston. 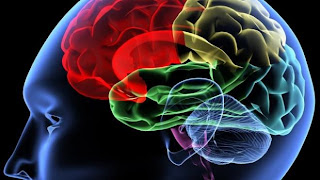 The perception of speech involves at least two linguistic systems in the brain. The phonetic system extracts distinct units of sound from speech, such as vowels and consonants. The phonological system combines these units to form specific words.

Scientists often thought that dyslexia was caused by an impaired phonological system.

"It has become commonplace to assume that dyslexia results from a phonological deficit," Berent said. "But when one looks at the facts more closely, there is really no firm evidence that such a deficit exists, and some suggestions that the deficit might actually result from lower-level impairments."

For instance, past research suggested dyslexics had problems perceiving not just speech, but musical tones.

Now, research suggests the phonetic system may be to blame in dyslexia.

Researchers analyzed 21 Hebrew-speaking college students with dyslexia. The researchers chose the Hebrew language because of its rules — it bans repeated consonants depending on where they might occur within the base of a word (a word without prefixes or suffixes added onto it).

Identical consonants are permitted to repeat at the right edge of a word's base: for instance, "simum" has a repeated "m" on its right side.

However, identical consonants are not allowed on the left edge of a word's base: for instance, Hebrew does not have the word "sisum," because it would repeat "s" on its left side. As such, the results would tease out the phonetic from the phonological systems.

The scientists found these volunteers had problems telling apart similar speech sounds. However, they had no difficulty tracking patterns in how these sounds were strung together, even when it came to novel words — that is, they knew how Hebrew places consonants within words.

"I was astonished to find out that the dyslexic individuals in this study showed no hint of a phonological deficit," Berent told LiveScience. "This was unexpected in light of the existing literature."

These findings suggest the phonological system is intact, but the phonetic system is compromised.

"A closer analysis of the language system can radically alter our understanding of the disorder, and ultimately, its treatment," Berent said.

Teaching Someone to Read

Berent cautioned these findings do not address how reading should be taught and what methods might best help people with dyslexia.

"Certainly, these results should not be taken as a challenge to the demonstrable significance of teaching phonics to beginning readers," Berent said. (Phonics is a teaching method that underscores the links between letters and their associated sounds.)

Future research will analyze other linguistic rules and languages in relation to dyslexia. "We would also like to understand the brain mechanisms that support this dissociation — to find out why the dyslexic brain has developed in a manner that is different from those of typical readers, and what is the genetic basis of those differences," Berent said.

The scientists detailed their findings online Sept. 19 in the journal PLoS ONE.
at 1:32 PM