From Smart Kids with Learning Disabilities

With social and academic challenges abounding, high school is a stressful time for many teens. We recently explored that issue with a panel of students from a suburban high school in the Northeast. Participants included boys and girls from all four grades and represented a cross section of the student body: athletes, super-achievers, creative thinkers, activists, and an inner city minority student on campus for one year.

Several panelists had LD and ADHD.

The students unanimously acknowledged an all-pervasive pressure to conform to the “mold” of a successful teen. For LD students the impact was most acute as they perceived themselves to be at greater risk for frustration and disappointment in their efforts to fit the mold. They, like others, agreed that the pressure to conform often stifled their sense of expression and creativity.

As one explained, despite achieving success, she had paid a price: she felt that she had evolved into someone other than the person she wanted to be.

The behavior of parents and educators coupled with the college admissions process contributed to the pressure felt by these students. By compelling them to take courses or participate in activities that look good on applications, students felt precluded from exploring more inspiring courses and appropriate opportunities. They realized, with sadness, that development of their individuality might have to wait until after high school. 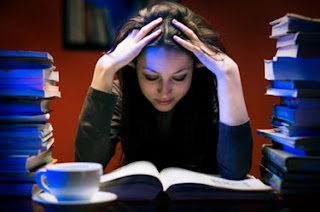 Many students, including those with LD, felt that parents, teachers, and administrators did not support them in ways they needed. Instead of being helped, they believed they were being watched with an eye toward how well they were doing compared to others.

They were uncomfortable with the high standards to which they were being held and the continuous public scrutiny they received. They were troubled by standardized test scores being celebrated by the superintendent, district programs being lauded because of those test scores, and the publication in town newspapers of honor rolls and college acceptances.

For students with LD, being surrounded by so much success added to their sense that they were living with a lowered set of expectations. They confided that even without pressure from the outside, they felt enough self-imposed pressure to fill them with anxiety and fear of failure.

While parents came in for their share of criticism, students recognized their role in helping teens resist the temptations of risky behavior. The students believed that character could not be imposed from outside—by the school or community—but must come from within the family.

They looked to their parents as role models and wanted their parents to keep tabs on them in appropriate ways, guiding rather than dictating, helping them to develop character and resiliency.

With drugs and alcohol readily available, the students acknowledged that kids who did not have a strong sense of self were more likely to use drugs or drink in order to impress others, gain respect or fit into a particular group.

Everyone is looking for someone to validate them and make them feel comfortable with who they are—especially kids with LD who are more likely to feel alienated.

It was more difficult, although urgently important for kids with LD to surround themselves with the right group and to find friends that were honestly supportive.

Parental involvement and empathy were seen as the keys to success in this area. All the kids, with and without LD, emphasized their need to feel validated by their parents and respected for who they were.

"All the kids, with and without LD, emphasized their need to feel validated by their parents and respected for who they were."

Support, by their definition, meant that their parents were not pushing them to be someone else but were happy to accept them for being themselves and were willing to work through any challenges along with them.

Support for Kids with LD

Teens with LD need appropriate parental and school-based support to feel academically successful and socially accepted by their peers. Because kids with LD may be less mature and more malleable than their typical peers, it may take them longer to feel comfortable with who they are, acknowledge their strengths, and be able to express their own identities.

Below are general guidelines for parents:

Kids with LD are more likely to feel lonely and look to others for approval. They are also more impressionable and prone to manipulation by other kids. Say “No” to friendships you deem potentially harmful to your child’s well-being.

Support his interests and talents. One student with LD discussed the importance of being able to choose—and be applauded for choosing—theater over football, in a school that prized team sports. Another expressed the value of knowing his choices and accomplishments were respected and honored by his family.

3.) Don’t force your agenda on your child.

Many parents sign up their kids for activities without input from their child. Even if she goes along with your choice, if the passion isn’t her own, she will be loath to quit for fear of letting you down, feeling like a failure, and losing your support. 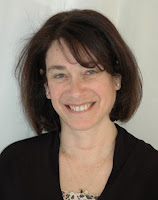 Smart Kids with LD Contributing Editor Eve Kessler, Esq. is president and co-founder of SPED*NET Wilton (CT) and a former Chair of the Connecticut Council on Developmental Disabilities. She works as a public defender for The Legal Aid Society in N.Y.C., where she serves as a criminal appellate attorney, representing many clients with LD and special needs.
at 12:39 PM