Autism is a disorder that is well known for its complex changes in behavior -- including repeating actions over and over and having difficulty with social interactions and language. Connecting these behavioral patterns to an underlying neural deficiency is imperative for understanding what gives rise to autism, to developing better measures for diagnosing those along the Autism Spectrum Disorder and designing more effective treatments.

However, even given our significant advances in understanding how the brain works, there hasn't been evidence to tie autistic behavioral patterns together with corresponding neural functions. Until now.

A team of researchers -- including myself and colleagues from Carnegie Mellon University, the University of Pittsburgh, New York University and the Weizmann Institute of Science -- were interested in trying to understand on a basic neural level what happens inside the brain that might give rise to the altered behaviors in autism.

Instead of focusing on the more complex behaviors, we set out to uncover and measure fundamental neural responses -- the patterns of brain activation in individuals with autism compared to those without.

Using an fMRI at Carnegie Mellon's Scientific Imaging and Brain Research Center, we scanned the brains of 14 adults with autism and 14 without while these individuals responded separately to visual, auditory and touch stimuli. We looked at the way the most elemental part of the brain's cortex responded to these simple stimuli.

In typical individuals, every time they saw the same visual stimulus, they had an almost identical response in the primary visual system. The stimulus drove normal visual systems in the same way time and time again.

So, the question was whether we would see the same kind of consistent responses in the visual, auditory and somato-sensory, or touch, cortices and within autism. We believed that any alteration in brain response we saw would be a very powerful indication of a major characteristic of autism.

It turns out that in all three of the primary cortices -- visual, auditory and somatosensory -- we did not see the typical response trial after trial in the individuals with autism. Instead, we saw considerable variability -- sometimes a strong response, sometimes a weak response.

The fact that we did not see precise responses in autism was a really important result. It suggests that there is something fundamental that is altered in the cortical responses in autism. This variability in the brain response might also possibly explain why individuals with autism find visual stimulation, touch and sound to be so strong and overwhelming.

We know from genetic research that many of the neurobiological changes that occur in autism have to do with changes at the level of the synapse, the way that information is transmitted from one neuron to another. What these results -- that autistic adults have unreliable neural responses -- does is begin to allow us to build a bridge between the kind of genetic changes that may have given rise to autism in the first place.

It cracks open a new avenue of research which has a good potential to be highly informative in understanding the connection between the neurophysiology and the behavioral patterns in autism.

While this particular study involved high functioning autistic adults and fMRI, we are now running follow-up experiments using EEG. This method which will give us even more detailed information about the neural responses and will allow us to test individuals across the autism spectrum and across different age groups so that we can gain further understanding of this unreliable neural response profile.

And, because unreliable neural activity is a general property that could have a profound impact on how many brain systems function, it could underlie not only autism but a range of cognitive and social abnormalities including epilepsy and schizophrenia.

We are at the tip of a huge iceberg here; further research to fill in the details of exactly how this unreliability happens is essential for accurately diagnosing and treating autism and other disorders.

At places like Carnegie Mellon University, which established a Brain, Mind and Learning initiative to build from its excellence in psychology, computer science and computation to continue to solve real world problems, these types of research projects are a priority. Our ongoing collaborations with Center for Autism Research at the University of Pittsburgh, and with ABIDE, which shares autism imaging data from top research facilities around the world, are crucial for working together to make sure we have all of the scientific resources possible to conduct high quality research.

The study referred to here, "Unreliable Evoked Responses in Autism," was published as the cover article of the September 20, 2012 issue of Neuron. 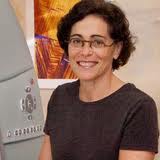 Marlene Behrmann, professor of psychology at Carnegie Mellon University and director of the university’s Cognitive Neuroscience Laboratory, specializes in the cognitive neuroscience of the visual perception system, with a focus on object recognition.

Behrmann has been one of the pioneers in the use of brain imaging to investigate the neural mechanisms of developmental disorders, such as autism. She is known for combining behavioral investigations and brain imaging techniques to understand what is going on inside the brain.

Behrmann’s research has been published in the world’s top science journals, including Nature, Nature Neuroscience, Neuron, the Proceedings of the National Academies of Science (PNAS) and the Journal of Neuroscience, and is routinely covered in media outlets such as the New York Times and the Pittsburgh Post-Gazette.
at 6:35 PM