Girls and Women on the Autism Spectrum

Who’d have thought the Opening Ceremony of the 2012 Olympics would involve a bunch of women demanding the right to vote? Only in Britain, you mutter – and probably true. But Danny Boyle’s romp through the history of protest in Britain has resonance today, in the history of autism.

For decades, autism spectrum disorders (ASDs) have been seen popularly as male conditions, passed along male lines in families. The most commonly quoted ratio is 1:4, women to men affected. Some research suggested that in Asperger’s Syndrome, the figure was nearer to 1:15, and that females weren’t as susceptible to these more subtle forms of ASDs.

Since autism and Asperger's Syndrome were identified in the 1940s in a handful of boys, research and diagnosis have focused on males. Evidence does show males appear more prone to organic conditions, like autism, and females have some level of protection from the genetics that cause autism.

However, it’s also become obvious that, although more boys than girls are affected, the ratio is not nearly as wide as originally thought, particularly in Higher Functioning Autism or Asperger’s Syndrome (the difference between these being that in HFA there is a degree of speech delay in childhood.)

Only in the last 5-10 years has it become clear that girls with ASDs present differently from boys. In autism disorder (also called childhood autism or classic autism) the symptoms in girls are more extreme and disruptive, so females tend to be diagnosed effectively, like boys – depending on where you are and the level of medical knowledge and health service provision, this should be within the first three years.

The main area in which diagnosis of girls doesn’t seem to be efficient is in Asperger’s or Higher Functioning Autism.

Girls with Asperger’s or HFA have special interests, but these tend to be in areas that are perceived as ‘girlie,’ such as animals, mermaids and dolls, so they aren’t outstanding. The difference with non-spectrum girls is the level of intensity and how utterly absorbed ASD girls are in their fascinations, often to the point where there’s no connection with reality.

But today’s criteria for diagnosis ignore this female skew on special interests and rank these intense behaviours as ‘imaginative play’ – the absence of which forms part of a diagnosis of an ASD.

Additionally, girls are simply better at hiding their lack of social skills, directing friendships towards either older children who will ‘mother’ them or much younger children, whose play they can dominate and therefore have much-needed control. This gives them the appearance of having social relationships, but these are not ‘appropriate’ to their chronological age and development.

Although not obvious, their depth of knowledge and understanding of language remains limited, a factor that becomes more patent as they get older. Girls can imitate their peers and are socially inclined to do this, to fit in (unlike HFA boys). However when questioned closely (as should happen if diagnostic interviewing included female presentations), it is clear they only have superficial appreciation of the social world, and simply copy words and actions of their peers.

Schools, nurseries and kindergartens tend to notice autistic children when their behaviours are disruptive – when the class becomes difficult to manage due to certain children. This leads to alarm bells ringing with education, this being passed to medical authorities and hey presto! A diagnosis of autism, ADHD or whatever.

Now look at girls with Asperger’s or HFA. They might be a little ‘odd,’ they may have difficulties making and keeping friends in their peer group, they may have quirky or intense interests, but they don’t interrupt class, they ‘manage’ and girls are bitchy and don’t make friends, isn’t that right?

Perhaps the time has come for better education in schools/preschools about what to look for in girls. I remember with my son, being told that ‘all boys are slower at talking’ and this being given as the reason for his lack of speech at 3 years old! Equally, this notion that girls bitch at each other and this is a reason for a history of lack of success in friendships in girls is a myth – and an unhelpful one.

Yes, girls interact differently than boys, but there needs to be more careful understanding of interactions that are typical and those that have an underlying pathology. Diagnostic observation also needs to take place dynamically, when girls are surrounded by their peers, to fully understand their social difficulties.

For several years, my daughter was at school with a girl whom I now believe has Asperger's Syndrome – yet her mother was persistently told it was dyslexia. With the knowledge I have today, I remember her as being summarily ‘odd’ – even her parents noted this – as having notable difficulties making and maintaining friendships, immense anxiety about changes to her routine, numerous bowel problems in very young childhood, coordination difficulties and a profound interest in specific ‘girlie’ things.

All these factors should have pointed towards Asperger’s syndrome, but went undiagnosed – this may be the case still because we have lost contact and she attends a different school to my daughter. You may ask why get a diagnosis if she is managing reasonably well, which I gather she is. The answer is, to give her support at the earliest point and thereby maximize her life chances – by this, I mean develop her independence, her ability to forge meaningful relationships (which are important for social as well as work reasons) and maximize her ability to use every opportunity presented to her in life. This, to me, would be a goal for all education, regardless of social background or medical condition.

The current ways of diagnosing ASDs use interviews and tasks with the child and parents, but they’re skewed towards the ways boys with ASDs act. Perhaps we need to return to our suffragette roots and demand a re-examination of how ASDs are researched so that females are included, diagnostic interviews and tasks to accommodate girls’ and women’s symptoms and a rewriting of medical criteria to incorporate what is effectively half the population.

We may not need Danny Boyle’s banners and pageantry – but we do need research, conferences and information to be broadly circulated. Only this way can the ‘fairer sex’ have fairer diagnosis and treatment. 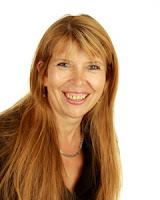 Kate Reynolds worked for the UK’s National Health Service for 18 years in several locations as a Registered General Nurse, counsellor, trainer of health professionals and health promotion consultant. She has a first degree from Bristol University and two Postgraduate Diplomas, in Health Education and Counseling. She has travelled extensively to the US and particularly, in South East Asia. She now lives in Wiltshire, UK with her two children, Francesca and Jude.

Kate blogs and answers Agony Aunt questions on her website: www.autismagonyaunt.com. She is the author of Party Planning for Children and Teens on the Autism Spectrum: How to Avoid Meltdowns and Have Fun! (2012), by Jessica Kingsley Publishing, London. Her second book is expected to be published in June, 2013.
at 8:42 PM