From Philly.com - The Philadelphia Inquirer

Brandon Heinz, an eighth grader in Bristol Township, told occupational therapist Charles E. Gallagher that he had been asked to sit still "millions of times."

The problem is that it's not always easy.

For Brandon, 14, and his classmates - students with autism, attention-deficit disorders, or other special needs - controlling signs of anxiety is often a struggle.

So Gallagher made a suggestion: Breathe.

Gallagher then taught the students meditation techniques to help them cope when frustration threatens to overwhelm. 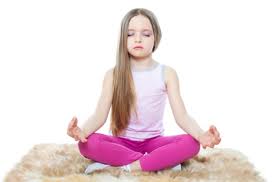 The session, at the Benjamin Franklin Freshman Academy in Levittown, was part of the district's summer initiative to help 25 first through eighth graders gain the social skills they often lack because of their special needs.

Students with conditions such as autism and attention- deficit disorders have difficulty reading the social cues of language, voice, and behavior and consequently might react in ways that appear inappropriate. They also can experience high levels of anxiety.

"They feel out of control," said JoAnn Allison, the district's supervisor of special education. "A lot of the strategies we have are to help them feel they have control of their environments and themselves."

Mindfulness is a concept that means "paying attention on purpose in the present moment without judgment," said Gallagher, who has trained at the Mindfulness Institute at Thomas Jefferson University Hospital.

Meditative exercises such as deep breathing help practitioners pay attention to the reactions of the body and mind in stressful moments, said Don McCown, a faculty member at the Mindfulness Institute. Once those reactions are recognized, the person can work toward controlling them.

Meditation also can help youngsters control their anxiety enough to reduce any medications they are taking, said Christina DiNicola, a pediatrician with the Myrna Brind Center of Integrative Medicine at Jefferson.

Early studies show promising results in youngsters with attention-deficit disorders who use yoga and biofeedback to relax, DiNicola said.
at 1:48 PM