Is Your Child Gifted?

Unfortunately, it may depend on who you ask – and where you live. From IQ to behaviors, learn the many signs – both promising and troubling – of giftedness.

For a while, neither Stacia Taylor nor her husband Mike found it surprising that their 4-year-old Kristin was drawn to her father's old textbooks — or that Kristin liked talking to adults more than children.

"We were thinking, 'Oh look how cute it is that she likes picking up these big books that Daddy used in college’," Taylor recalls. "It never really occurred to us that what she was doing was just completely out-of-the-box unusual."

It wasn’t until three years later, when her daughter was in second grade, that Taylor got the message. The teacher pulled Taylor aside and said her daughter clearly didn’t belong in the class. Still in the dark, Taylor asked, "Oh no, what's wrong with her?" 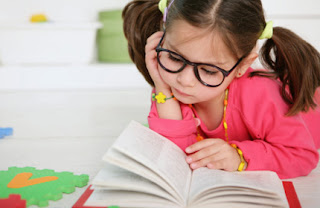 The teacher said that nothing was wrong, but didn’t it strike Taylor as odd that her daughter was working her way through Harry Potter while her classmates were just starting to tackle chapter books? No, Taylor replied, it didn't seem at all strange. "In our world, this was normal, and we had adjusted accordingly," she says.

As a first-time parent, it can be a challenge to know whether your child’s behavior is typical, a little different, or exceptional. If your 2-year-old whips through puzzles designed for children three times her age, or your 10-year-old asks brain strainers about theoretical physics, you may feel a mixture of pride and panic.

Is your child a regular Matilda, a certified savant? And if so, how will you possibly manage to meet your gifted child's needs?


Gifted: yes or no? It may depend where you live.

While we like to think everyone is special, some people have extraordinary abilities — intellectual, artistic, social, or athletic. Many experts believe only 3 to 5 percent of the population is gifted, though some estimates reach 20 percent. A far smaller percentage — maybe one tenth of 1 percent — are what experts call profoundly gifted: they are the rare prodigies who devour complex texts before kindergarten or play a violin sonata that would make Itzhak Perlman proud.

Alas, there's no universal standard to define giftedness. There is, however, a national standard used in the Javits Act (a federal law passed in 1988 but defunded in 2011) and adopted by NCLB. However, parents hoping to find clarity by this definition will be sorely disappointed.

To wit, our murky federal definition says a gifted student is anyone who shows "evidence of high achievement capability in areas such as intellectual, creative, artistic, or leadership capacity, or in specific academic fields, and who need services and activities not ordinarily provided by the school in order to fully develop those capabilities."

Faced with such vagueness, 41 states have penned their own definitions. In 2006, about 6.7 percent of U.S. public school students were in gifted or talented programs, according to the U.S. Department of Education, but depending on where you live, the percentage varied widely, swinging from 16.1 percent in Maryland to a mere 0.7 percent in Massachusetts. While much of that difference hinges on whether schools offer such programs — not all do — the numbers also reflect the disparate ways school districts define giftedness.

Some focus purely on academic prowess, while others put a high premium on other traits. Florida, for example, mentions only intellectual skills, but Iowa also considers abilities in leadership and visual or performing arts. (Read the definition of gifted for 16 states, including Florida and Iowa.)

But it’s not just the states and school districts muddying the gifted waters, says Dona Matthews, author of Being Smart About Gifted Education. "No two experts in the field will agree entirely on what giftedness means or what one ought to do about it," Matthews says. For years, it meant that once you aced an IQ test, you assumed the gifted crown.

But such left-brain favoritism is starting to change as educators increasingly see giftedness as encompassing other types of intelligence.

There's also debate whether giftedness is a result of nature or nurture, or an amalgam of the two. Some spurn labeling anyone as gifted — preferring to identify a certain behavior or traits as gifted ("She is a gifted leader" versus "She is gifted.")

Signs of Being Gifted: What to Look For

"I'm always in awe of these parents who know really early that their kids are gifted, Stacia Taylor says. “We were the most clueless parents."

But that was then. With her first daughter, Taylor had to learn how to spot her child’s talents — and associated needs — from scratch. Now the mother of three gifted girls, Taylor can point to a number of signs beyond Kristin’s early penchant for advanced reading. All of her daughters — Kristin, Olivia, and Emma — have what she describes as an "incredible" ability to pull information from their surroundings. Her daughters mention things that astound her. "I'd say, 'How do you even know that?'" she says.

Experts cite a number of signs that may indicate your child is gifted, including (but, given the range of definitions and possibilities, certainly not limited to):

But what if you see the signs and others — like your child’s teachers — do not? This is particularly likely to happen if your child is both gifted and has a learning disability — a combination known as "twice exceptional".

Rich Weinfeld, a special education expert and author of Smart Kids with Learning Difficulties, who advocates for "twice exceptional" kids, says schools may see only the deficiency, leaving you to press the argument that your child is gifted, too.

You may see indications even earlier than Taylor did — when your child is still a toddler. Joan Franklin Smutny, founder and director of the Center for the Gifted in Glenview, IL, offers a number of tipoffs that a preschooler may be gifted, including if he:

There are even those who suggest you can see signs of early giftedness in infants. Take, for example, this article, "Is my baby gifted?" from the What to Expect website, that sees everything from being "particularly perceptive" to having “trouble sleeping" as clues that your infant is well on her way to toddling towards Harvard.

Whether or not your baby will grow up to be preternaturally precocious may not be clear for several years. While it’s fine to encourage your young child, there are limits, particularly for preschoolers. Researchers have found little to no benefit in so-called educational DVDs and games marketed to parents of gifted children, and most experts question the value of academically oriented preschool.

Is It Giftedness or Just Challenging Behavior?

Here’s one of the toughest pieces of the gifted puzzle: problematic behavior can also indicate giftedness. Obsessive interest in a particular subject — a fascination with how washing machines work, for example — may prompt a parent to worry if her child has Asperger's — but it could also be a sign of giftedness. Or both.

Or say your child is hypersensitive and has chronic intolerance to tags on her shirt. Is it Sensory Integration Disorder or giftedness… or both? Polish psychiatrist and psychologist Kazimierz Dabrowski theorizes that the same sensitivity that lets gifted people pull information from the world around them can make them extremely sensitive in other ways (physically and emotionally), too.

Of course, not all sensitive or obsessive children are gifted. Neither, contrary to popular myth, are all children who do well in school or who love books.

How, then, is a parent to know? Try your best to separate objectivity from subjectivity: if you think your son is gifted, but people look at you a little oddly when you make the claim, consider the possibility that love could be clouding your judgment.

That said, experts advise that, in the absence of any clear guidelines, parents should trust their gut. Pay close attention to your child. Listen when friends and family point out your child’s special talents, and always trust your instincts as a parent.

Next: Your child is gifted… now what?

Gail Robinson is a Brooklyn, NY-based freelance writer specializing in education and other public policy issues. Her work appears in many publications, including Inside Schools and the Huffington Post. She has two children who went through the New York City school system.
at 8:53 PM