Can People Really Grow Out of Autism?

"Many conditions that we measure either directly with lab tests or behaviorally can lie under a mask of apparent normalcy or typicality."


Let’s start with the headlines blaring the news about a recent autism study. They almost invariably use the phrase “grow out of autism,” even though the study itself does not use that phrase or even reference “grow” except to talk about head circumference.

Instead, the authors of the report, published in The Journal of Child Psychology and Psychiatry, use the term “optimal outcomes” to describe what they detected in a group of 34 people who were diagnosed as autistic when they were under age 5.

As the study authors themselves state, this idea that autistic people might show deficits reduced to the point of losing a diagnosis is not new. In fact, first author Deborah Fein and colleagues cite studies identifying frequencies of “optimal outcomes” as high as 37% among autistic people. 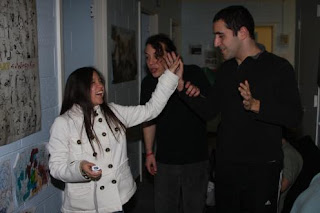 The lingering open questions relate to whether or not the autistic people in these studies had received the correct diagnosis in the first place.

The only “novelty” of these latest results appears to be confirmation that indeed, the 34 people they identified as having an “optimal outcome” did receive an accurate diagnosis of autism in childhood.

In other words, they are confirmed to have had a developmental disorder, a neurobiological condition called autism — yet, they “grew out of it.”

The rest? Nothing new.

The people who show these optimal outcomes tend to have started out with, as the authors describe it, “higher cognitive functioning and somewhat milder initial symptoms.” Many of them had behavioral interventions in childhood.

The researchers point out that the perception that everything’s all hunky-dory for the 34 people they evaluated does not rule out their having “residual difficulties” with various aspects of autism, including executive function–think project management–or language or social interaction.

For each participant, whose ages ranged from 8 to almost 22 years, the researchers interviewed the parents. One of the required parental answers for a participant to be considered for the optimal outcome category? The parent had to report that their child/adult child “had typically developing friends.”

That question seems to imply a certain low expectation for autistic people, many of whom I know have “typically developing friends” despite themselves still being autistic.

It certainly suggests that for people who continue to meet the criteria for an autism diagnosis, any pursuit of a friend of the “typical” sort would be futile.

How did those 34 “optimal outcome” participants do on the various measures of “are you autistic or not”? Well, seven of them–that’s >20% of the group–turned out to have “some impairment” in nonverbal social interaction.

For reasons that are unclear, the researchers decided that these impairments were not the result of “an autistic quality” but of “inhibition, anxiety, depression, inattention and impulsivity, embarrassment, or hostility.”

Of course, each of those could be secondary to autism.

Even though this 20% showed impairment, they were retained as being “optimal outcome” folk, those who, as the news media report might say, “grew out of” autism.

To determine whether or not these autistic people were still autistic, the research team administered a battery of tests; they list eight in their paper. Of these eight, three were parent completed. One consisted of clinician observation and scoring. One was an IQ test. One was a handedeness test (left-handedness is more common among autistic people), and the remaining two evaluated facial recognition and language. ETA: None of them examined if the participants retained any of the positive aspects of being autistic–refined sensory detection, detail orientation, pattern finding, etc.

Let’s go back to those news media stories. In one interview, lead author Fein commented that “these people did not just grow out of their autism.” She then goes on to credit the hard work of the parents and therapists of “these people” for any improvements, but I’d suggest that “these people” also did a lot of hard work–and probably still are doing so.

No one seems to have asked “these people” about that.

Among the many articles covering this study, I couldn’t find a single one featuring an autistic person commenting about the report. As you can see from how the researchers evaluated their 34 “optimal outcomers,” they don’t appear to have asked said optimals about how their internal function jibes with the external results or what they do to achieve those results.

Because no one else seems to have bothered to ask autistic people these questions, I did. I polled the autistic community via social media, asking autistic adults what’s going on inside them when they appear outwardly typical and asking them if they felt they’d “grown out of” autism.

Their response was immediate and intense. “I don’t ‘look’ like I have it, but I do,” responded one autistic woman, who went on to describe how she’s learned over time about different expectations for behavior and tried to apply those. Others describe using pattern recognition to navigate socially, while still others report having an “optimal outcome”-like period in later childhood but then experiencing a trough of struggles in early adulthood as new responsibilities and expectations arose.

They wrote to me about self-monitoring, about working hard to compensate in social situations but then experiencing crashing exhaustion afterward. They talked about self-selecting their social groups as adults as a way of feeling more socially at ease.

The concepts that came up again and again were “compensating” and “coping.”

It’s not a huge surprise that autistic people with average or above-average cognitive abilities might be able to intellectualize social rules and algorithms and put them convincingly into practice. Does that ability mean that they aren’t really autistic?

The real crux to answering that is this:

Do we view autism only as a clinical diagnosis based solely on behavior and outward function, or do we talk about it as a neurobiological construct and identification, with an understanding of the context of the hidden disability and the hard work that those outward behaviors require?

Many conditions that we measure either directly with lab tests or behaviorally can lie under a mask of apparent normalcy or typicality. A woman with diabetes who maintains her blood sugar at a healthy level through diet and medication still has diabetes. A person with obsessive-compulsive disorder who fights successfully every second of every day against caving to obsession or compulsion still has the disorder.

Anyone who has ever put on a public face when all they wanted to do was stay in bed should understand something about doing the internal hard work of compensating for a disability without showing outward manifestations of it.

Does that capacity mean, in the parlance of the news media reports or an editorial accompanying the paper, that the up to 25% of autistic people who can do this are “recovered” and no longer autistic?

Or does it mean, rather, that they’ve become increasingly adept at meeting the interaction standards of the social majority?

Author Emily Willingham calls herself "a science consumer" who "writes about the science they're selling you." She is a science writer and editor and former biology professor whose work has been published in Slate, Scientific American's blogs, The Scientist and elsewhere. Willingham focuses on how science filters to consumers, and how consumers make decisions about science. Frequent honorable mentions: autism, parenting and the news media.
at 10:50 AM