The Challenge of Measuring Executive Functions

Executive functions have been likened to an orchestra conductor. The conductor doesn’t play the instruments, but he decides which instruments are needed, cues them, and integrates the sound to produce Beethoven’s 9th Symphony.

The “instruments” in the “orchestra” include skills such as reading, spelling, math, language and visual-spatial processing, verbal and non-verbal reasoning, visual-motor skills, sequencing, memory, etc.

If there are deficits in underlying skills, executive functions will be impaired. On the other hand, all the “instruments” or underlying skills may be working, but the “conductor” may not be able to do his job. 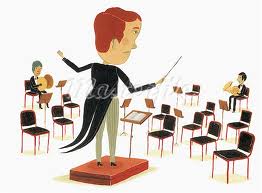 Why Is Measurement Important?

Executive functions have a huge impact on school performance, especially once children enter middle school, when independent functioning is taken for granted. How often do we hear that “A 6th grader should be able to….”?

The problem is that some 6th graders (or high school students) may have delays in executive functions, which continue to develop throughout adolescence.

The question is how can we measure these functions to better understand the problem? Standard test batteries in schools correlate poorly with executive functions. Because the tasks on tests are structured, they don’t require the initiation, ongoing effort, and organization needed for independent work.

In real life, information has to be prioritized and multiple demands must be integrated simultaneously, sustained in memory, and managed over time.

A child can score high on standardized tests, yet have deficits in executive functioning. When that happens, the erroneous conclusion often drawn is that the student is not doing as well as expected because of poor motivation, effort, or parenting.

If the usual tests don’t do the job, how do we specifically measure executive functions? Other measures exist, but still don’t tell everything we need to know. Assessment needs to be “process-oriented,” showing how the student achieves his results, not just bottom-line numbers.

What Measures Are Used?

The Woodcock-Johnson III Cognitive Tests (WJ-III) or the NEPSY (for younger children) are often used to measure executive functions. Several WJ-III cognitive subtests require concept formation and cognitive shifting. They are of limited use in that they also rely on underlying skills.

Since there’s no time limit, a student can struggle through and score adequately even though he might not be able to perform these functions in a “real-life” time frame.

The NEPSY has measures that assess impulsivity and impulse control, but it doesn’t capture organizational functions reliably.

The Wisconsin Card Sort is another test of concept formation and cognitive flexibility, but it is limited and being used less often. Even tests of working memory look only at the ability to retain and manipulate information for less than a minute, an okay comparison to memory needed to do a math problem, but a poor measure of the working memory needed to take notes in a lecture.

What Are Some Better Tests?

The Rey Osterrieth Complex Figure is a good test of creating an organizational schema. The Delis-Kaplan Executive Function System differentiates underlying functions such as visual-motor skills, sequencing, verbal fluency and inhibition from cognitive flexibility in using these functions. It looks at concept formation and measures the ability to use initial abstraction to problem-solve, as well as the ability to use feedback to improve performance.

A good measure of executive functions in real life is the Behavior Rating Inventory of Executive Functions (BRIEF). Parents and teachers fill out a scale that examines eight indexes of executive functions. The BRIEF provides feedback as to how well executive functions are used at home and school. A psychologist, approved mental health provider or school professional can order the BRIEF, so parents may have to request it specifically.

The author is an evaluator, consultant, and therapist who specializes in working with children with NLD.

She is also on the faculty of the Norwalk Hospital Pediatric Development and Therapy Center in Norwalk, CT.
at 7:05 AM