What Genetics Tells Us About Anxiety: Not Much

"...quick genetic answers for complex behavioral responses and personality types are very hard to come by, no matter how much we long for them."

For several days this month, one of the most emailed articles in the New York Times was "Why Can Some Kids Handle Pressure While Others Fall Apart?" The article purports to explain why some children fold under the pressure of taking tests. It begins with the case of Noah Muthler, a third-grader in a gifted class, in anticipation of his first standardized exam.

According to his mother, "He was crying in my arms the night before the test, saying: 'I'm not ready, Mom. They didn't teach us everything that will be on the test.'"

Recommended: Read the Entire New York Times Magazine Article "Why Can Some Kids Handle Pressure While Others Fall Apart?" HERE. 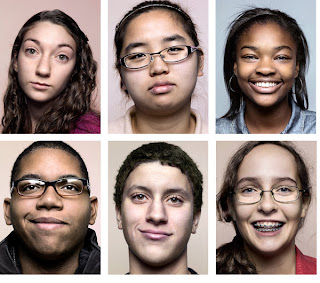 Wow, a single gene can explain that! This is the COMT gene: "This gene carries the assembly code for an enzyme that clears dopamine from the prefrontal cortex. That part of the brain is where we plan, make decisions, anticipate future consequences and resolve conflicts."

The prefrontal cortexes of those with slow-acting enzymes are flooded with too much dopamine under stress.

What parent isn't concerned with this research? In today's highly-competitive environment, this finding could mean the difference between school success and school failure. In a test carried out with Taiwanese students, those with slow-acting enzymes scored 8 percent lower than those with the fast-acting enzymes.

Hmmm, does an 8 percent performance deficiency jibe with the case of Noah, the article's signature example (who is opting out of taking PA's state exams from now on)?

For one thing, Noah's enzymes were not actually tested. Moreover, Noah has an older brother in eighth grade, Jacob, who according to his mother "isn't the least bit unnerved by the same tests." Isn't it strange that, reflecting a single gene's operation, two brothers react in opposite ways?

The article explains the inherited nature of the dopamine-clearing enzyme difference:

Because we all get one COMT gene from our father and one from our mother, about half of all people inherit one of each gene variation, so they have a mix of the enzymes and are somewhere in between the Warriors and the Worriers.

Could Jacob and Noah have inherited two opposite COMT genes from the same parents?

Researchers have been studying the gene in relation to post-traumatic stress disorders among military veterans of Iraq and Afghanistan. "While the studies are ongoing," an early result is "Even some Navy SEALs have the Worrier genes, so you can literally be a Worrier-gene Warrior. In Kennedy's sample, almost a third of the expert pilots were Worriers -- a larger proportion than in the general population."

Wait a second, run that by me again?

Those who have a pure "worrier" gene that means that they can't clear stress-related dopamine are more likely to become Navy SEAL pilots? Here's the explanation for that finding: "Those with Worrier-genes can still handle incredible stress, as long as they are well trained."

Haven't those who become expert Navy SEAL pilots undergone a large number of stress-testing type situations? Wouldn't they have been washed out long ago -- not even gotten started -- on the process of becoming SEAL pilots if they responded like Noah to tense testing situations?

Yet, at the end of this selection process, Worriers are overrepresented among those in the most stressful occupation one can imagine.

Yes, quick genetic answers for complex behavioral responses and personality types are very hard to come by, no matter how much we long for them.
at 9:32 AM