How to Handle Hyperactivity in Kids with ADHD

Hyperactive kids with ADHD are always on the go, according to Roberto Olivardia, Ph.D., a clinical psychologist and clinical instructor in the department of psychiatry at Harvard Medical School. It’s like they have a motor winding them up.

“Words like ‘Energizer Bunny,’ ‘Speedy Gonzalez’ and the ‘Roadrunner’ are common nicknames to describe the never-ending vessel of energy ADHD kids exhibit,” he said.

Physical hyperactivity isn’t the only concern. Hyperactive kids also experience racing — and “rarely singular or linear” — thoughts, Olivardia said. “The idea of ‘shutting their minds off’ is a foreign concept to someone who is hyperactive.”

“Perhaps the current setup of school, sitting still for 6 hours a day 5 days a week, is the real problem.”

Because of their hyperactivity, kids with ADHD can have a hard time in school, where sitting still is nonnegotiable. “[They] can miss much of what is taught simply because their brains are not as stimulated when they are still,” Olivardia said. (However, as he said, “Perhaps the current setup of school, sitting still for 6 hours a day 5 days a week, is the real problem.”)

They also might experience social problems, he said. And hyperactivity “can lead to more accidents and injuries if the child engages in reckless activities in order to get some of that energy out,” Tuckman said.

Handling Hyperactivity in Kids with ADHD

Parenting a child who’s hyperactive is no doubt exhausting. Tuckman and Olivardia shared these suggestions on how to handle hyperactivity.

Have a clear understanding of hyperactivity.

Being hyperactive is not the same as misbehaving, Olivardia said. Hyperactivity in ADHD is hardwired, he said. “It is analogous to feeling an intense itch and not scratching it. Even if you don’t scratch it, you’ll be so distracted by wanting to.”

In addition to educating yourself, educate your child as well about why they’re hyperactive, he added.

Fidgeting actually helps kids focus, reducing hyperactivity. Olivardia referred to a book called Fidget to Focus, which describes the science of fidgeting and its ability to sharpen attention. He also suggested finding other ways to fidget, such as chewing gum or having an object to manipulate.

For instance, teachers can set up desks in a circle or have “stand-up desks,” Olivardia said. Kids with ADHD are usually more engaged when they’re moving around a bit than sitting still. Get creative, experiment and go with what works, he said.

“Sometimes the best solution is just to ignore it,” Tuckman said. For instance, when your child is having dinner at home, if they’re eating their food and not misbehaving, let them stand or walk around the table, he said.

Get rid of excess energy.

“You can burn off some of that hyperactivity by allowing the child to be more active before they need to sit still,” Tuckman said.

The important thing is not to fight hyperactivity by telling your child to stop fidgeting, be still or stay seated, Tuckman said. In fact, “Simply saying ‘Sit still’ can be invalidating and lead to self-esteem problems in kids with ADHD,” Olivardia said. Instead, help your child channel their excess energy, Tuckman said.

Many entrepreneurs were diagnosed with ADHD as kids, and today, use their energy to brainstorm exciting ideas and run out-of-the-box businesses, he said. 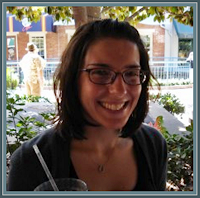 Margarita Tartakovsky, M.S. is an Associate Editor at Psych Central and blogs regularly about eating and self-image issues on her own blog, Weightless.