Learning to Advocate for Your Special Needs Child

I often refer to Chris’ first grade experience as our “lost year.”

Brand new to an autism diagnosis, we didn’t know what we could do to help our son, what resources were available, and found ourselves in an antagonistic and horribly unproductive relationship with his school staff.


Chris’ autism is relatively high-functioning. He has speech, balance and very good large muscle coordination. He can ride his bike, swim, and has good endurance when running. However, it’s still autism. Socially, he has no clue what he’s doing.

As a first grader, he had no idea (and no tools to figure out) that there was a routine to the day, that there were expectations for success in the classroom. And as parents, we didn’t know how to articulate that to his school staff.

Now, it didn’t help that his school district at the time had a shockingly rudimentary concept of special education. As a high-functioning autistic student, Chris needed directions repeated, extra time to complete the task, and a lot of redirection when he lost his focus, but he was perfectly capable of functioning in the classroom.

Yet he stalled. Because he wasn’t throwing tantrums or interrupting the class, they left him to his own devices. That meant he sat quietly at his desk and found objects to spin. Seriously. The entire time. He exited first grade at the same academic level he entered. It was truly a lost year.

How We Learned to Advocate for Our Son

We started looking for a network. I made some calls to: the Autism Society of Colorado, our local ARC chapter, the school district. We found a couple of very helpful, smart people. We got Chris an education advocate. She has been working with us since the end of his first grade year (so, for over five years now). She has a binder full of IEPs, reports, evaluations, and observations, all about Chris.

She also has over 20 years of experience advocating for kids (including her own) with special needs in the public school system. She knows what to say (and what not to say), the acronyms, the forms, the resources we can use. She’s saved me from losing my marbles several times because she knows what ELSE we can try.

We got education support. We found an excellent tutor for Chris. She’s trained in ABA, but she tutors him in regular school subjects. She’s been working with him for almost three years, now, and knows the difference between being burned out and just not wanting do work. She’s teaching him to know the difference, too. She knows how to bring compassionate discipline to their sessions and teach him to regulate himself. It’s a slow process, but it’s a necessary component of him learning to be an effective student.

We moved him to a different school district. It took a lot of research, interviews, time and paperwork, but we found a district that had a much better handle on special needs students, and we moved him there. His first year at the new school, he brought himself up to reading at grade level.

We started learning, too. There are many sources of information about how to write a good IEP, the current law concerning special education, what Chris’ diagnosis means regarding support we can use. Wright’s Law was a good starting point. The Autism Society, Autism Speaks and other organizations publish advocacy and support information for parents.

We have a better understanding about when we can request meetings, when we can expect progress reports, how to write measurable goals and objectives.

We learned to be part of the team. It helps that we’re in a school district that cares about the success of its special needs students. Our initial exposure to school systems was debilitating and discouraging, but in a new atmosphere, we’re able to focus on cooperating with the school system, working within its structure to get the support Chris needs, and releasing it when he doesn’t need it anymore.

The most important things I've learned from this so far: 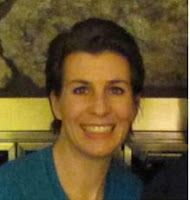 Kate Dran is a professional writer, process analyst and autism advocate in the greater Denver area. She has an beautiful and perfect husband and two beautiful and perfect sons (one developing autistically, and one neurotypically). She blogs at The Denver Autism Wheel, (you shouldn't have to reinvent it), and sits on the Board of Directors for the Autism Society of Colorado.

She has a master's degree in literature, has traveled extensively and lived among other cultures, speaks 4 languages, and is now experiencing the most challenging and rewarding cultural and linguistic adventure yet: raising a child with autism. She believes that a diagnosis is information, not The Beginning, or The End.
at 11:02 AM