When Anxiety Interrupts a Child’s Life

Is it any wonder so many children are anxious?

As the horror in Connecticut demonstrates, children today may be confronted with unthinkable realities, events their parents and grandparents could never have conceived.

But much of what children fear is rooted more in imagination than in reality. Parents may be called upon to ease anxieties about everything from strange noises to water, from spiders in the yard to monsters under the bed.

Comforting children seized with irrational fears can be a difficult task.

One of the most common childhood fears involves separation from parents. Separation anxiety is a normal developmental stage that typically starts around 9 months and ends at about age 3.

However, for Daniel Smith, author of “Monkey Mind: A Memoir of Anxiety,” the trauma of parental separation exploded at age 4 and continued through age 13.

“I became hysterical, nauseated, unable to enjoy anything whenever I was separated from my parents,” he recalled in an interview. “I had a pit in my stomach and icicles in my chest. Although I wanted to go to camp, when my parents dropped me off, the counselor had to drag me out of the car by my ankles. ”

Of course, some fears are functional, like those that keep children from taking such risks as running into traffic or touching a hot stove. But when anxiety interferes with a child’s ability to lead a normal life — go to school, sleep at a friend’s house, learn to swim, cross a street — it morphs into a disorder that often warrants treatment.

According to Golda S. Ginsburg, an expert on childhood anxiety at Johns Hopkins University School of Medicine, anxiety disorders affect one in five children in the U.S.

“Although we are doing a better job of identifying anxiety disorders in children and have effective methods to treat them, they are still underdiagnosed and undertreated,” Dr. Ginsburg said. 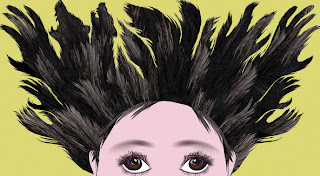 Root of the Problem

Dr. Ginsburg explained that childhood anxiety disorders typically result from an interaction between biology and environment. For some, like Mr. Smith, there is a strong hereditary component.

His mother, Marilyn, a psychotherapist, suffered acutely from anxiety her entire life, though she ultimately learned how to keep it under wraps most of the time.

Even without a hereditary influence, Dr. Ginsburg said, “Some children are born with a certain temperament that increases their risk of developing an anxiety disorder. They may be behaviorally inhibited — shyer, reticent about approaching novel conditions.”

But only half of those children end up with an anxiety disorder, she added, while some children who are not inhibited do develop these conditions.

Dr. Ginsburg said that parental behavior also has an effect, especially parents who “model” anxiety, communicating verbally or behaviorally that something is dangerous.

She cited parents who are overprotective or overly controlling, who constantly identify dangers in the child’s world that are not real threats — warning a child, for instance, not to touch a handrail on a staircase because it is full of germs.

In describing how genes and behavior can interact, Mr. Smith wrote that “a child registers who’s raising him.”

“It was not until I was nearly twenty, deep into my own way with anxiety, that my mother spoke to me explicitly about her anxiety and the grief it caused her. But by that time she was essentially talking to herself. I’d become her,” Mr. Smith wrote.

Unlike people with psychoses, who fear nonexistent risks like microphones in their molars, “the anxious fear actual risks: disease, dismemberment, assault, humiliation, failure,” Mr. Smith wrote. He described chronic anxiety as the “drama queen of the mind.”

Danger lurks at every turn, no matter how remote the odds that anything bad actually will happen.

As with adults who suffer from anxiety disorders, the most successful, scientifically validated treatment for overly anxious children is cognitive behavioral therapy (commonly called C.B.T.), sometimes in combination with an antidepressant drug like Zoloft (sertraline).

In effect, C.B.T. reprograms the brain, using words and behavior to replace irrational or dysfunctional thoughts and actions with rational ones.

In one study of 488 children aged 7 to 17 suffering from separation anxiety, generalized anxiety or social phobia, C. B. T and Zoloft used individually significantly reduced the severity of anxiety; combining them worked even better.

Tamar E. Chansky, a psychotherapist who treats anxious children and adults and wrote a practical guide, “Freeing Your Child From Anxiety,” said the goal was not to put down children’s fears but to help them see that their fears are unwarranted and that they can overcome them.

She has created a “master plan” for helping children gain control over their anxiety:

For those in need of professional help, between 10 and 20 sessions of C.B.T. can produce “meaningful clinical improvement in 50 to 75 percent of children,” Dr. Ginsburg said. “Anxiety is a chronic illness that can emerge in times of environmental crises or change,” she said.

“Prevention is important. I want parents to be proactive rather than reactive. A minor adjustment can prevent re-emerging anxiety from interfering with a child’s life.”
at 8:15 AM