A mom who has a son with autism tells about the mobile apps that have helped him and other children with autism.

Ole Ivar Lovaas, Ph.D., a world-renowned autism expert, once said, "If a child cannot learn in the way we teach, we must teach in a way the child can learn."

Technology -- specifically in Tablet form -- has revolutionized the way kids with autism learn and communicate, and mobile apps have given parents, educators, and therapists multiple approaches to teaching a child who develops at a different pace than his peers.

The apps included in this list focus on and reinforce pre-K concepts, such as reading and math, while encouraging imaginative play skills and art in kids with autism.

Starfall ABCs (available only on iTunes) teaches the alphabet by helping kids sound out the letters. Gen Holder, an Applied Behavior Analysis (ABA) therapist, even uses it as a teaching and positive reinforcement tool in her therapy sessions with young children. "It's like interactive alphabet flash cards," she says.

Once children have mastered letters and sounds, the Starfall Learn to Read app helps emerging readers by introducing 15 simple sentence stories and fun songs with friendly characters such as Zac the Rat and Peg the Hen.

Every word in the story is sounded out phonetically to help children recognize various letter sounds.($2.99; Android, iPhone, iPad) 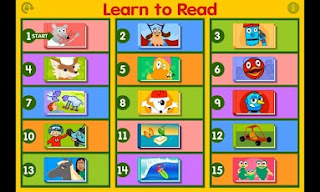 This Sesame Street app allows your child to go on a hunt identifying letters with Alpha Pig, trace letters with Princess Presto, practice rhyming words with Wonder Red, and help Super Why himself select words to finish a story.

Dani, mom of 8-year-old Brodie, says, "Reading is Brodie's splinter skill, but her comprehension doesn't match her reading ability." The Super Why app offers fill-in-the-blank games within each story, so it improves reading comprehension because of the familiar stories and characters.($2.99; Android, iPhone, iPad)

The Monster at the End of This Book

A favorite for many parents and kids, this playful app, also from Sesame Street, is bright, colorful, and laugh-out-loud funny. This storybook app features notes for parents on helping children through their fears, along with 31 helpful tips, such as "Encourage kids to mimic Grover's over-the-top movements and gestures as you read along."

It's fantastic for teaching cause and effect because kids will learn that with a touch of their fingers, they can interact with the story by "turning" pages, untying knots, and knocking down bricks. ($4.99; iPhone, iPad) 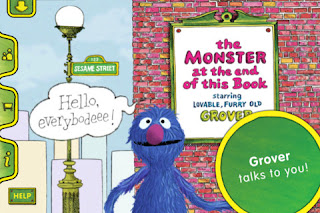 Kids with autism often have difficulty recognizing emotions and facial expressions. Created by TouchAutism.com, this app uses social stories and simple illustrations to show what different feelings look like. The app also explains why people may feel a certain way. It's excellent for use in special education classrooms and could be beneficial during speech therapy sessions. ($2.99; Android)

This Lite version of this Wired Kids Choice Award app introduces basic addition and makes it fun for your kids. Six pairs of colored bubbles with numbers float around the screen, some showing equations and some showing the answers. Kids must pop the correct pairs to advance to different levels, and words of encouragement are given to keep kids going after each one.

A child who has mastered addition can progress to the full version ($0.99) to learn subtraction, multiplication and division. (Free; Android, iPhone, iPad)

Let your child apply a bandage or examine a patient with Toca Doctor, send out invitations and set a table with Toca Birthday Party, or cut, color, and style hair with the Toca Hair Salon -- just a few user-friendly apps in the Toca Boca app series. Many of the apps take real-life scenarios and allow children to create their own stories.

The apps provide "great interaction, appealing characters, and role play," says Karla, mom of a 4-year-old daughter. They love the Toca Boca Store app: "I love that the games teach basic money-handling skills and math -- and the kid in me loves the fun and beautifully drawn items in the store catalog," Karla adds. ($0.99 and up; iPhone, iPad)

This app offers a variety of interactive games, some of which focus on identifying and matching shapes, colors, letters, and managing self-help skills. Your kids will love "Icky Bathtime Fun," a game that teaches hygiene lessons such as showering and tooth brushing. Many of the games feature Olly or Icky, cute and mischievous characters, and the app tracks your child's performance level.

A "report card" provides detailed reports on study time and completed skills, which is useful to determine strengths and weaknesses. (Free; iPhone, iPad) 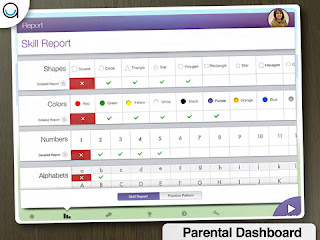 Alysia, mom of three boys (ages 4, 7, and 10, the two youngest with autism) loves this free version of Fruit Ninja, which is "fun, short, and not intimidating." She says, "My kids like the fast pace of the game and the exploding fruit. I like that they are using fine motor skills to chop the fruit and are practicing their game-playing skills."

The boys learn and "work on good sportsmanship," playing against each other using the Zen Dual feature. (Free; Android, iPhone, iPad)

Kids can draw, scribble, write, and color on a blank canvas or upload photos to personalize with stamps, stencils, and quote bubbles. This app is so much more than a drawing app, though; it allows kids to develop creativity and game-playing skills. A variety of backgrounds, like nature scenes and games such as tic-tac-toe and hangman, are provided. Other cool features include mazes to navigate as well as a connect-the-dots background. (Free; iPhone, iPad)

Kids create their own artwork by choosing different backgrounds (featuring favorite Nickelodeon characters like Dora the Explorer and Team Umizoomi) to decorate with coloring tools (crayons, brushes, chalk), special effects (fireworks, splatter tops, magic wands), and animated stickers. Kids also have the option of drawing and coloring on a blank background. The HD iPad version includes coloring pages and eCards. All creations can be saved and printed out. ($2.99; iPhone, iPad)