From the British Blog Yano - Fresh Thinking on Parenting

"When you hear hoof beats in the hallway, think horses, not zebras."

Too many children are being diagnosed with ADHD and prescribed powerful drugs, when the real problem could be closer to home, says family therapist Dr. Marilyn Wedge.

"When you hear hoof beats in the hallway, think horses, not zebras," the saying goes. Which means we should use common sense and look for the expected cause first, rather than the exotic. It’s a good adage to bear in mind if your child develops emotional problems such as anxiety, depression or bad behaviour. 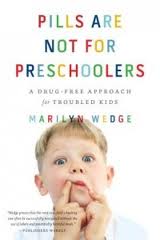 All too often these days, a child is diagnosed with a mental disorder such as attention deficit hyperactivity disorder (ADHD) when the actual problem is far less exotic. Children are sensitive to their social environments, which include family, school and friends. When there is a stressor in one of these areas, a child can develop a problem.

The key to solving the problem is not to label the child with a mental disorder or assume they have ADHD and medicate accordingly, but to make changes in the social environment and remove the stress on the child.

Eleven-year-old Cindy was having such severe anxiety attacks that she sometimes vomited. When this had gone on for six months, her parents took her to see a paediatrician. After he had ruled out medical causes for the anxiety, he suggested family therapy and Cindy’s parents brought her to see me.

"She’s always been a nervous child," her mother said. "But now her anxiety has become severe. She sometimes vomits while we’re driving in the car. She is even afraid to go to school at times. Do you think she has an anxiety disorder?"

I don’t think of a child’s anxiety as a mental disorder. Rather, I see it as a response to a stressful, anxiety-provoking situation. What was causing Cindy to be so upset, I wondered?

When I talked to Cindy alone, she told me that her greatest worry was hearing her parents argue about her maternal grandmother. "My father hates my grandma," she confided. Then she broke down in tears. "My parents argue so much that I’m afraid they’re going to get divorced."

Hearing their parents argue can be frightening to a child and is a major source of many childhood problems. Children have active imaginations and tend to magnify arguments between parents.

My strategy to help Cindy overcome her anxiety was to meet her parents alone and help them air the tensions between them that were affecting their daughter. After a few sessions with the parents, their arguments ceased and Cindy’s anxiety soon disappeared altogether. Keeping parental arguments away from little ears can have an almost magical effect on a child’s wellbeing.

Other problems at home, such as inconsistent discipline; a parent being ill or even the death of a grandparent, are also frequent triggers. Being ‘honest’ with our children doesn’t mean telling them every detail about the family finances or a parent’s stressful work situation.

School, too, is an important influence. When Len, six, refused to go to school day after day, his parents consulted a child psychiatrist. The doctor diagnosed school phobia and recommended talk therapy and anti-anxiety medication.

Unhappy with Len’s diagnosis and his being prescribed mood-boosting drugs at the age of six, Len’s mother took matters into her own hands and went to the school to observe in the classroom. There she found that Len’s teacher sometimes made fun of the children. When she moved Len to a new school, his school phobia disappeared as quickly as it had begun.

Once parents start to see the underlying cause of their child’s problem not as a problem in the child but in the child’s social environment, they are on the right track to finding an effective solution.

Early intervention is critical. Parents should consult a family therapist at the first sign of trouble such as falling grades, being disruptive or distracted in the classroom, out-of-control behaviour, or moodiness.

If a therapist starts talking about your child’s diagnosis, mental disorder, ADHD or a chemical imbalance, they might not be the best choice. You want a professional who is going to think first of horses, not zebras.

Dr. Marilyn Wedge is a family therapist in private practice in Westlake Village, California. She is the author of Pills Are Not For Preschoolers: A Non-Drug Approach For Troubled Kids.
at 4:06 PM