Attention Problems May Be Sleep-Related

“Lack of sleep is an insult to a child’s developing body and mind that can have a huge impact.”

Diagnoses of attention hyperactivity disorder among children have increased dramatically in recent years, rising 22 percent from 2003 to 2007, according to the Centers for Disease Control and Prevention. But many experts believe that this may not be the epidemic it appears to be.

Many children are given a diagnosis of A.D.H.D., researchers say, when in fact they have another problem: a sleep disorder, like sleep apnea. The confusion may account for a significant number of A.D.H.D. cases in children, and the drugs used to treat them may be exacerbating the problem.

“No one is saying A.D.H.D. does not exist, but there’s a strong feeling now that we need to rule out sleep issues first,” said Dr. Merrill Wise, a pediatric neurologist and sleep medicine specialist at the Methodist Healthcare Sleep Disorders Center in Memphis.

The symptoms of sleep deprivation in children resemble those of A.D.H.D. While adults experience sleep deprivation as drowsiness and sluggishness, sleepless children often become wired, moody and obstinate; they may have trouble focusing, sitting still and getting along with peers.

The latest study suggesting a link between inadequate sleep and A.D.H.D. symptoms appeared last month in the journal Pediatrics. Researchers followed 11,000 British children for six years, starting when they were 6 months old.

The children whose sleep was affected by breathing problems like snoring, mouth breathing or apnea were 40 percent to 100 percent more likely than normal breathers to develop behavioral problems resembling A.D.H.D.

Children at highest risk of developing A.D.H.D.-like behaviors had sleep-disordered breathing that persisted throughout the study but was most severe at age 2 1/2. 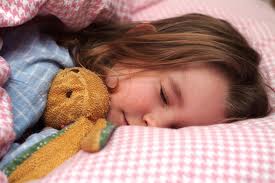 “Lack of sleep is an insult to a child’s developing body and mind that can have a huge impact,” said Karen Bonuck, the study’s lead author and a professor of family and social medicine at Albert Einstein College of Medicine in New York. “It’s incredible that we don’t screen for sleep problems the way we screen for vision and hearing problems.”

Her research builds on earlier, smaller studies showing that children with nighttime breathing problems did better with cognitive and attention-directed tasks and had fewer behavioral issues after their adenoids and tonsils were removed. The children were significantly less likely than untreated children with sleep-disordered breathing to be given an A.D.H.D. diagnosis in the ensuing months and years.

Most important, perhaps, those already found to have A.D.H.D. before surgery subsequently behaved so much better in many cases that they no longer fit the criteria. The National Institutes of Health has begun a study, called the Childhood Adenotonsillectomy Study, to understand the effect of surgically removing adenoids and tonsils on the health and behavior of 400 children. Results are expected this year.

“We’re getting closer and closer to a causal claim” between breathing problems during sleep and A.D.H.D. symptoms in children, said Dr. Ronald Chervin, a neurologist and director of Univ. of Michigan Sleep Disorders Center in Ann Arbor.

In his view, behavioral problems linked to nighttime breathing difficulties are more likely a result of inadequate sleep than possible oxygen deprivation. “We see the same types of behavioral symptoms in children with other kinds of sleep disruptions,” he said.

Indeed, sleep experts note that children who lose as little as half an hour of needed sleep per night — whether because of a sleep disorder or just staying up too late texting or playing video games — can exhibit behaviors typical of A.D.H.D.

Not only is a misdiagnosis stigmatizing, but treatment of A.D.H.D. can exacerbate sleeplessness, the real problem. The drugs used to treat A.D.H.D., like Ritalin, Adderall or Concerta, can cause insomnia.

“It can become a vicious, compounding cycle,” said Dr. David Gozal, chairman of the department of pediatrics at the University of Chicago Pritzker School of Medicine, whose clinical practice focuses on children with sleep disorders.

Sleep deprivation is difficult to spot in children. Of the 10,000 members of the American Academy of Sleep Medicine, only 500 have specialty training in pediatric sleep issues. And pediatricians may not even know to make a referral, because they often depend on parents to bring up their children’s sleep problems during checkups.

But parents themselves often are uninformed about healthy sleep habits. A study conducted last year by researchers at Penn State University-Harrisburg and published in The Journal of Sleep Research showed that of 170 participating parents, fewer than 10 percent could correctly answer basic questions like the number of hours of sleep a child needs.

“Parents didn’t know what was normal sleep behavior,” said Kimberly Anne Schreck, a psychologist and behavioral analyst at Penn State who was the study’s lead author.

“Many thought snoring was cute and meant their child was sleeping deeply and soundly.”
at 12:09 PM