From the Scientific American Blog - Talking Back

Market researcher SharpBrains has predicted that the brain fitness industry will range anywhere from $2 billion to $8 billion in revenues by 2015.

That’s a wide swath, but the companies that sell brain-tuning software could conceivably hit at least the low end of their sales target by then. 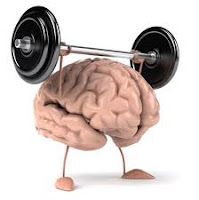 The question that persists is whether any of these games and exercises actually enhance the way your brain works, whether it be memory, problem solving or the speed with which you execute a mental task.

True, study participants often get better at doing an exercise that is supposedly related to a given facet of cognition. But the ability to master a game or ace a psych test often doesn’t translate into better cognition when specific measures of intelligence are assayed later.

One area of research that has shown some promise relates to a method of boosting the mental scratchpad of working memory— keeping in your head a telephone number long enough to dial, for instance. Some studies have demonstrated that a particular technique to energize working memory betters the reasoning and problem-solving abilities known as fluid intelligence.

Yet two new studies have now called into question the earlier research on working memory. A recent online publication in the Journal of Experimental Psychology led by a group at the Georgia Institute of Technology showed that 20 sessions on a working memory task did not did not result in a later acing of tests of cognitive ability.

Similarly, a group at Case Western Reserve University tried the same “dual n-back test” and published a report in the journal Intellgence that found that better scores did not produce higher tallies for working memory and fluid intelligence. An n-back test requires keeping track of a number, letter or image “n” places back.

A dual n-back demands the simultaneous remembering of both a visual and auditory cue perceived a certain number of places back.

What does this all mean, that the best means to boost smarts may not work?

For the moment, it means a continuing academic debate because of all the excitement previously generated about prospects for upping intelligence, not just for self-help types and gamers, but for students and those in need of cognitive rehabilitation.

The study groups in this recent research were small—in the first study, 24 people who trained working memory and 49 others in two control groups—so the proverbial “more research” mantra will probably be invoked. But other work, including a meta-analysis of other studies, has also cast similar doubts.

So should you keep doing Web-based brain training? Only if you like it. Just don’t expect enormous leaps on your score for Raven’s Progressive Matrices or some other test of fluid intelligence. If you’re doing these tests as part of a personal self-improvement program, maybe consider the piano, Spanish lessons or even Grand Theft Auto 3—The Ultimate Tribute to Liberty. Any of these pose less threat of the monotony that could ultimately undermine the persistence needed for mastery of any new pastime.

Senior Editor Gary Stix commissions, writes and edits features, news articles and Web blogs for Scientific American. His area of coverage is neuroscience. With his wife, Miriam Lacob, he wrote a general primer on technology called Who Gives a Gigabyte? Follow him on Twitter @@gstix1.
at 7:16 AM