Here’s a reason to get your kids moving: A study by researchers at King’s College London highlights a link between lifelong exercise and improved brain function in later life.

“The study found that regular intensive lifelong exercise as a child and adult improved cognitive functioning at the age of 50 and that even exercise of a lower frequency could offer benefits for cognitive well-being."

Published this week in the journal Psychological Medicine, the study is one of the first longitudinal investigations to measure the effects of lifelong exercise on the brain. 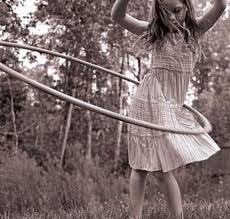 Using information from the UK National Child Development Study, researchers examined levels of exercise between the ages of 11 and 50 in more than 9,000 individuals.

The data was collected through face-to-face interviews at the ages of 11, 16, 33, 42, 46 and 50, reducing the possibility of inaccurate retrospective accounts of exercise as a child.

Participants undertook two measures of cognitive performance, including memory and executive functioning, which were then combined into a third, overall ‘cognitive index’ score.

The study found that participants who exercised weekly as a child and as an adult performed better on tests of memory, learning, attention and reasoning at the age of 50 than those who exercised two to three times per month or less.

It always amazes me that there is so much attention paid to “brain training” exercises that are most likely useless (see this post), when there’s something out there we know actually does promote optimal brain function: physical exercise.
at 8:17 AM