The Misunderstood Face of Giftedness

"This is a widespread and serious problem -- the wasting of lives from the misdiagnosis of gifted children and adults and the inappropriate treatment that often follows."

In K-12 classrooms everywhere are children at risk for being misunderstood, medically mislabeled, and educationally misplaced. Not limited to one gender, race, ethnicity or socioeconomic group, they could be the children of your neighbors, your friends, your siblings, and even yourself.

These at-risk children are gifted children.

Contrary to common stereotypes, giftedness is not synonymous with high academic achievement. The gifted student archetype does not fit all gifted students. Not all are the mature classroom leaders we expect them to be.

Some are the class clowns, the lonely awkward child in the back row, the troublemaker. Special needs classrooms are where a number of gifted children end up -- their giftedness left unsupported.

Wasting much of their day in unsuitable classrooms, gifted kids may behave in unacceptable ways. Despite giftedness being akin to a special need, funding for it is scarce and the needs of gifted minority and poor are repeatedly and shamefully overlooked. Visual-spatial learners whose learning methods conflict with typical classrooms are also misunderstood. While classrooms need to be academically challenging, for many that also requires sensitivity to cultural, racial and linguistic diversity. Learning strengths, too. Such solutions are not always generally available.

Dr. William H. Smith, former dean of the Karl Menninger School of Psychiatry and Mental Health Sciences, stated, "Giftedness can be confused with some psychiatric disorders, obscure other disorders, and it often needs to be included in treatment planning."

A prevalent belief persists that one cannot both be gifted yet struggling in school. Many parents also discount giftedness when their children's abilities are uneven or counteracted by other difficulties. Yet some gifted children who have unrecognized learning disorders may initially excel in school, until they hit a limit where their compensatory skills unravel.

The 2010 American Academy of Pediatrics Task Force on Mental Health reported that nearly 37 percent of children and adolescents either met the DSM criteria for a mental health diagnosis or showed some impaired functioning. ADHD is seen in nearly 1 in 10 children. Autism spectrum disorders are seen in 1 in 50 children.

This is a global crisis. Primary care physicians diagnose psychiatric conditions and prescribe psychotropic medicine, but rarely feel adequately prepared by their training to do so.

Highly gifted children are a particular diagnostic challenge. They seem to be wired differently, and have developmental trajectories that differ from the norm. Many gifted kids experience the world with heightened and vivid intensities and sensitivities that may be a big plus (allowing them to become creative artists, scientists, inventors, and humanitarians) but also can be a big minus (subjecting them to sometimes overwhelming emotions and worrisome and unacceptable behaviors).

Dr. Jack Wiggins, former president of the American Psychological Association, stated, "This is a widespread and serious problem -- the wasting of lives from the misdiagnosis of gifted children and adults and the inappropriate treatment that often follows."

Yet sometimes being gifted effectively hides learning and mental health conditions. Giftedness may over-compensate for weaknesses, masking the weakness and sometimes the giftedness. Despite the seriousness of misdiagnosis, physicians are exposed to an alarmingly few articles in the pediatric medical literature about the complexities of giftedness, while many parents also hesitate in discussing giftedness with their doctors, some with the belief that giftedness plays no role in medical health.

Normal giftedness can be easily confused with a diagnosable mental disorder. Gifted kids may talk a lot, have high levels of energy, and be impulsive or inattentive or distractible in some settings -- similar to symptoms of ADHD. It's not unusual for gifted kids to struggle socially, have meltdowns over minor issues, or have unusual all-consuming interests -- all pointing to an inappropriate diagnosis of autism.

What results is that the gifted often feel alone and alien in a world that doesn't fully understand them.

Dr. Daniel B. Peters and Dr. Edward R. Amend, both clinical psychologists, in a chapter ofHandbook for Counselors Serving Students with Gifts and Talents (2011), wrote:

"Although there is no doubt that medication has its place in the management of behavioral and psychological disorders ... the practice is not appropriate when medication is incorrectly used to suppress the misunderstood behaviors of gifted children."

Giftedness too is not always seen as a socially positive and valued trait. Many gifted kids are bullied, others underachieve to hide their abilities, and some experience anxiety and depression with increased risk for self-harm.[2] As many as 20 percent may drop out of school.[3]

The social and emotional needs of many gifted children are ignored. Many seek homeschool and early college as more suitable alternatives, though some bypass higher education altogether, having become disillusioned with their earlier experiences, or unable to cope if untreated for unrecognized learning or mental health issues.

There is an urgent need for physician training in giftedness and dual diagnoses. They see kids for very brief visits and many are too influenced by drug marketing (as are parents and teachers). Over-diagnosis and over-treatment are commonplace.

The typical 15-minute exam is not sufficient to accurately distinguish disorders. A gifted child presenting with distractibility or inattentiveness may or may not have ADHD. A seemingly bright child who just gets by in school may be severely struggling with an unrecognized learning disorder hidden by gifted over-compensation. Gifted children may also hide depression and suicidal thoughts.

It is crucial to properly distinguish pathology while accurately addressing concerns. Sometimes the best remedy is simply proper educational placement. Thus, when medical diagnoses are made too quickly, the required conversation abruptly ceases and opportunities to make a positive difference are lost.

The book Misdiagnosis and Dual Diagnoses of Gifted Children and Adults (2005) offers helpful advice in distinguishing if a gifted child also has other issues needing further evaluation:

Finally, the concept of normal must not be defined by a narrow and arbitrary set of criteria. Not everyone processes information and sensory inputs in the same way, nor does everyone develop along the same expected timeline to the same endpoint. Variability does not automatically indicate a disorder.

Dr. Allen Frances, psychiatrist, author, and chair of the DSM-IV, states: "One of the disasters of the diagnostic inflation is that expectable and desirable individual difference is so often mislabeled as mental disorder. Caution is particularly necessary in diagnosing kids. They are so developmentally labile and have such a short track record that diagnostic mistakes are frequently made and once made are extremely difficult to undo."

Together, let's proceed with extreme caution. Our children depend upon it. 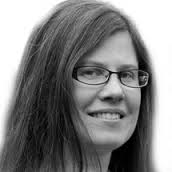 Marianne Kuzujanakis, M.D., M.P.H., is a pediatrician with a masters degree in public health from Harvard School of Public Health. She is a director of SENG (Supporting Emotional Needs of the Gifted), a 501(c) 3 nonprofit organization – now celebrating its 31st year - whose mission it is to empower families and communities to guide gifted and talented individuals to reach their goals: intellectually, physically, emotionally, socially, and spiritually. She is also a co-founder of the SENG Misdiagnosis Initiative as well as a homeschool educator.
at 7:13 AM