What Treatment's Best for Hyperactive Preschoolers?

From Reuters via Yahoo Health

Parents of preschoolers at risk for attention-deficit hyperactivity disorder (ADHD) may first want to try behavior training before medications, suggests a new analysis of past studies.

Researchers found medications improved young children's behaviors but put them at risk for mood and growth problems. Training that teaches parents to understand their children's needs, however, did the same without side effects.

Children with ADHD tend to have a hard time paying attention, to be forgetful, fidget and be easily distracted, to the point that it creates problems at school, at home and with their friends.

An analysis of Centers for Disease Control and Prevention numbers by The New York Times found about 11 percent of U.S. school-aged children are diagnosed with ADHD.

While it's difficult to diagnose children younger than six years old with the condition, Charach said it's important to start children with disruptive behaviors - including ADHD - on the right path.

"Immediately intervening at this age puts the child on an improved trajectory for school and adolescence," she said.

But Charach and her fellow researchers, who published their findings in Pediatrics on Monday, wrote that there's no information on the effectiveness of parent behavior training compared to the popular ADHD drug Ritalin - sold generically as methylphenidate. 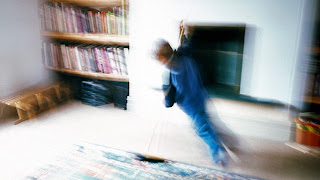 For the new study, the researchers analyzed 55 studies from 1980 through 2011 that looked at the different treatments among preschoolers at risk for ADHD.

They found eight "good" studies that looked at parent behavior training, which consists of about 10 to 12 sessions that teach parents how to better understand their child. Those led to a moderate improvement in behavior, Charach said.

"The main thing is really helping the parent understand their child and read their child," she said.

For example, the sessions may help parents understand their child acts up after an hour of being at a birthday party, and that they should leave earlier.

Only one "good" study evaluated Ritalin use in preschoolers. That study showed a similar improvement in behavior, but the preschoolers were at risk for side effects, including irritability and slowed growth.

"For whatever reason children in this age group are more sensitive to the Ritalin side effects," said Charach.

While it's hard to compare the effectiveness of parent behavior training and Ritalin to each other, the researchers concluded that there is more evidence that the training sessions are effective in preschoolers.

Thomas Power, director of the Center for Management of ADHD at The Children's Hospital of Philadelphia, said there are many cases where training does not work and people do have to use medication.

But Power, who was not involved with the new analysis, agreed with the findings.

"In general, with preschool- and kindergarten-age children with ADHD and ADHD-related problems, you'd typically want to start with parent behavior training," he said.

Charach cautioned, however, that the previous studies showed that parents needed to follow through with their training sessions.

"If parents only go to about half the sessions, they don't get nearly as much benefit," she said.

Dr. William Barbaresi, who researches ADHD at Boston Children's Hospital, also said that it may be difficult for parents to find the sessions.

"Although a behavioral approach is clearly the most appropriate first line of intervention, it is often extremely difficult for families to access high-quality behavioral therapy, due to the inadequate level of insurance funding for these services," Barbaresi, who wasn't involved with the analysis, told Reuters Health in an email.

He added that the new findings support the American Academy of Pediatrics (AAP) guidelines on treating children with ADHD.

The AAP recommends doctors evaluate children from age four through 18 years old for ADHD if they have academic or behavior problems. They recommend behavior therapy for 4- and 5-year-olds, and U.S. Food and Drug Administration-approved medications for those six years old and older.

Charach said she didn't look at which treatment is more cost-effective.

"In the immediate term, it may look like the session is more expensive, but it depends on the medication," she said.