Would Angry Teens Chill Out If They Saw More Happy Faces?

From the NPR.org Health Blog "Shots"

Listen to this Story on All Things Considered.

All day long we're surrounded by faces. We see them on the subway sitting two by two, pass them on the sidewalk as we make our way to work, then nod to them in the elevator.

But most of those faces don't tell us much about the emotional life of the person behind the face. 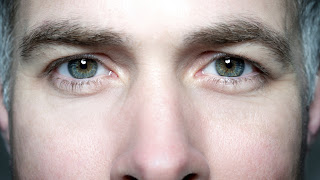 "People don't just go around the world smiling or grimacing or frowning," says psychologist Marcus Munafo of the University of Bristol. "The majority of the facial expressions that you come into contact with — people walking past you in the street, for example — will be ambiguous to some extent."

And because most of the faces we encounter are emotionally ambiguous, we're forced into interpretations.

Does the expression of that man coming toward you have the smallest tinge of threat around the eyes. Or is it just surprise?

"When you see someone just looking relatively neutral," Munafo explains, "then it's really down to you which of those interpretations you choose, and different groups of people see different things."

"...when depressed people look out at the ambiguous faces around them, they see sadness in those faces more often than people who are not depressed. People with anxiety see fear."

Research has shown that when depressed people look out at the ambiguous faces around them, they see sadness in those faces more often than people who are not depressed. People with anxiety see fear. But it's people with aggression who particularly interested Munafo and his colleagues in the U.K.

Which makes sense. "If you've grown up in a tough environment where actually a lot of the time people are out to get you, then that default assumption is probably a relatively safe assumption to make," Munafo points out.

"The problem is when you take that assumption into a more benign environment, into the wider world, if you like, and start responding inappropriately to people who have no hostile intent."

Then the strategy that you developed to help you survive becomes a kind of prison. You see aggression everywhere and respond aggressively, which causes the people around you to actually be aggressive, even if they didn't begin that way.

It's a vicious cycle.

So is there some way to alter the cycle? To retune the perceptual biases that aggressive people carry into the world?

Munafo and his colleagues designed an experiment to find out. The results were published in a recent issue of the journal Psychological Science.

Their experiment took place in a youth program for troubled teens, two-thirds of whom already had some kind of criminal conviction.

There they set up an intervention that attempted to retrain the way those kids interpreted faces. To begin, the kids were placed at computers and asked to identify the emotions in a series of faces that flashed on the screen.

Some faces were clearly happy, and some were clearly angry; but most were somewhere in the middle. "There were 15 faces along the continuum," Munafo says, "and people were simply asked to judge whether that face was happy or angry."

In the first round, the goal was simply to identify the point on the continuum where each teen stopped seeing happiness in an ambiguous face and started seeing anger — in other words, their set point.

Next the teens were divided into two groups. One group essentially got no treatment; in the other, the researchers attempted to shift the point on the continuum where they started seeing angry faces.


They did this by showing the kids the same faces in the same way, only after each face, they were given feedback.

Here's the trick: For two of the faces that they previously described as angry, if they called them angry again, the feedback informed them that they were mistaken: It wasn't an angry face, it was a happy face.

For a week, day after day, the kids looked at the faces again and again, relearning which faces were angry and which were happy.

Then the researchers tracked the number of aggressive incidents the kids were involved in. For weeks, they followed both the kids who got the treatment and the kids who didn't.

The staff at the program evaluated each teen without knowing whether or not they had been retrained. What they found surprised them.

The kids who had been trained to visually see differently interacted with the world in a different way: They came at the world with less aggression.

"There was a 30 percent difference between the two groups," Munafo says.

In fact, researchers have been trying this approach — of modifying visual biases — in people with anxiety and depression, and have gotten similar results. Ian Penton-Voak, another psychologist, says the value of the work is clear.

"It demonstrates that the way you see the emotional world around you affects your behavior in a kind of causal way."

That's an insight the researchers hope might ultimately lead to new interventions.
at 7:38 AM