Anxiety Trickles Down from Parents to Kids

"Delays in diagnosis and treatment of anxiety can lead to depression, substance abuse and poor academic performance throughout childhood and well into adulthood."

Parents with social anxiety are more likely than those with other forms of the disorder to engage in behaviors that put their children at high risk for developing angst of their own, according to a new study.


Johns Hopkins researchers identified a subset of behaviors in parents with social anxiety disorder - the most prevalent type of anxiety - and in doing so, clarified some of the confusion that has shrouded the trickle-down anxiety often seen in parent-child pairs.


These behaviors included a lack of or insufficient warmth and affection and high levels of criticism and doubt leveled at the child.


Such behaviors, the researchers say, are well known to increase anxiety in children and - if engaged in chronically - can make it more likely for children to develop a full-blown anxiety disorder of their own, the investigators say.


"There is a broad range of anxiety disorders, so what we did was home in on social anxiety, and we found that anxiety-promoting parental behaviors may be unique to the parent's diagnosis and not necessarily common to all those with anxiety," says study senior investigator, Golda Ginsburg, Ph.D., a child anxiety expert at Johns Hopkins Children's Center and professor of child and adolescent psychiatry at Johns Hopkins School of Medicine.

The parent-child pairs were asked to work together on two tasks: prepare speeches about themselves and to replicate increasingly complex designs using an Etch-a-Sketch device. The participants were given five minutes for each task and worked in rooms under video surveillance.


Using a scale of 1 to 5, the researchers rated parental warmth and affection toward the child, criticism of the child, expressed doubts about a child's performance and ability to complete the task, granting of autonomy and over-control.


Parents diagnosed with social anxiety showed less warmth and affection toward their children, criticized them more and more often expressed doubts about a child's ability to perform the task.


Delays in diagnosis and treatment of anxiety can lead to depression, substance abuse and poor academic performance throughout childhood and well into adulthood. 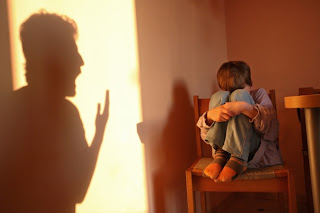 The study has been published online ahead of print in the journal Child Psychiatry and Human Development.