Autism in the Media: Stop with the Awful Stories!

Would you want someone patronizing you in front of the entire world, or writing headlines about how awful your life is and how much you suck? Well, autistic people don't want that either, and neither do autism families -- yet those are the autism stories most frequently in the news.

Journalists and the media need to start rethinking how they approach autism stories, because people like my son Leo and families like ours deserve better, plus Leo is not the only awesome autistic person. Writers and journalists need to work harder, find better sources, seek out fairer messages, and help the rest of society learn to better accept and understand autistic people.

And the media keeps spreading the same tired misinformation: Autism is an epidemic (no, we have better diagnosis, plus it's not a disease), steals children (no, my son is sitting next to me as I type), makes parents divorce (no, fragile marriages are fragile), and bankrupts school districts (no, it's called FAPE). Instead of treating Autistics like people who happen to have specific needs, the media continually stokes an atmosphere of autism horror and dread.

At their worst, negative media-sown autism messages influence people like Greg Simard, who brutally beat a 12-year-old, non-speaking autistic boy in his care. Simard justified his actions by saying of the boy, “He’s a drain on society. His life is meaningless. It’s no big deal.”

Yet articles about Simard's crime do very little to counter his statements, focusing as they do on the victim's disability and challenges, the work of caring for him, and making little attempt to point out the victim's likes, interests, how much his family loved him and how much he loved them -- little attempt to cultivate the outrage or evoke the tenderness featured in articles about typically developing child victims.

My Leo is the same age as and sounds very much like the victim, so this story and its media treatment make me physically ill.

Doom and gloom autism messages also negatively influence parents of children with new or recent autism diagnoses. Fam Um Ahmed is a Yemeni autism mother whose only previous awareness about autism was, as Emily Willingham writes,

"...as something 'horrible and destroying,' a widely disseminated caricature that overshadowed any possibility she would recognize her own child’s symptoms of the condition. Part of autism awareness anywhere should include a more nuanced discussion of what autism looks like so that parents and clinicians can recognize early signs instead of looking only for the manifestations of a monster."

Some autism parents never find their way out of that initial horror and negativity, never find nurturing community or role models, never learn that accepting autism and autistic children does not mean surrendering all hope for living the best family life possible. Given how difficult the media has made it to find positive, hopeful autism stories and role models, these self-defeating, "why me?" attitudes aren't surprising.

But it's still heartbreaking to see autism parents seethe with fury at a psychologist who wrote, "Some of the happiest parents I know (both personally and professionally) have children on the Autistic Spectrum." Thankfully Ariane Zurcher, a HuffPo writer and autism parent, has empathetic advice about how she chooses a positive attitude:

"My happiness or unhappiness has nothing to do with either of my children or my husband or my marriage. My ability to feel joy is an inside job. It takes work to excavate all those old beliefs, to throw everything you think you know and believe and start over. I encourage anyone who is suffering and believes their suffering is directly the result of their child’s neurology to examine their beliefs. Throw it all out. It isn’t serving you and your suffering isn’t helping you help your child."

Much of the time, the crisis-attitude autism parents have children like my sweet Leo, non-speaking, high support kids -- kids about whom there are very few positive or fair reports in the media, kids who are often trotted out as examples of just how "bad" autism can be. These parents see other autistics writing, speaking, participating in online communities, and their furor increases -- how dare those autistics say good things about autism, when their kids need 24 hour supervision?

What the crisis-attitude parents don't realize is how much autistics who can write, who can share their experience, have to offer: advice, role modeling, war stories, insights, experience … and understanding. None of which can truly be found in any other autism resource. But this nasty, needless divide persists, because the media rarely if ever highlights autistic commonalities. (Note: Not all autistics care to be autism parent resources.)

It's not just parents whose attitudes towards autism are shaped by the media. Autistic people of all ages and abilities -- yes, that includes autistic children -- are reading and watching and listening to negative autism stories, too. And they're absorbing and internalizing those stories, learning how the rest of society views autistic and disabled people, views them. They're listening especially hard when the media treats crimes against autistic people as justifiable because autism is portrayed as so hard, such a burden -- and they notice when no positive role models or supports are provided to balance or cancel out that negativity. The result is real hurt, real harm, real scarring. As Julia Bascom writes,

"When you’re disabled, you see death everywhere, and it isn’t because your body stands out or doesn’t stand at all, it’s because everyone talks about you like you’re in a refrigerator, like you’re not real, like you’re dead."

A major issue with autism reporting is the elusiveness of decent sources -- ironic given how many Autistics, autism parents, and autism experts are eager to share their perspectives. But eagerness doesn't mean helpful or valid.

Last year I found myself on a local radio show, being interviewed about autism rates alongside an autism expert -- a bonafide autism doctor, no less! Unfortunately, he was an alternative medicine practitioner, and started talking about environmental mercury being linked to autism, a theory that has been disproved repeatedly.

I found myself in the uncomfortable position of having to pull a Jenny McCarthy -- having to publicly tell an M.D. that I knew more about specific autism research than he did. (For the record, Ms. McCarthy used pseudoscience to tell off legitimate scientists; I was doing the reverse.)

How did that doctor get on the radio show in the first place? Because the staff didn't know any better -- to them, his M.D., affiliation with a prestigious local research hospital, and autism specialization made him look legit, even though he wasn't.

Finding legitimate autism sources is not really that difficult. A five minute social media or other search should unearth defeatist or negative attitudes, pseudoscience, questionable affiliations, etc. (If you're not sure what pseudoscience is, use the Thinking Person's Guide to Autism's pseudoscience guidelines.) And once you're found good autism resources, you can hopefully create good (or at least better) autism stories.

So, please, reporters, writers, journalists, producers, bloggers, and of course parents (this being a parenting column) -- I beg you: Please stop using such unreliable and unhelpful autism sources. Please stop writing such awful stories about autistic people and autism families.

Fear, pity, and negative stereotypes are just as harmful to autistic people like my son as bullying or discrimination -- they are often what make others think it's acceptable to bully, pity, or discriminate against Autistics in the real world. Those awful or patronizing stories, those stereotypes, the fear and lack of understanding they foster are a big part of why I worry about neighbors calling CPS when my wonderfully exuberant autistic son is so very, very loud. People just don't get autism. You can change that.

If you are in a position of power to shape what the world thinks of people like my son and families like ours, I want you to think, hard, about whether you are serving the story, or your fellow humans. Do you want to inform people? Do you want to help people? Or are you using autism headlines to burn your name into the public's eyeballs?

If it's the latter, consider reading Dante. If it's the former, thank you for listening. 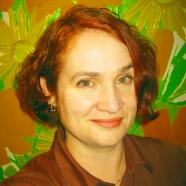 She writes about autism, parenting, evidence-based approaches, iPads, vaccines, and geekery at www.Squidalicious.com, as BlogHer.com's editor for parenting kids with special needs, and as a co-founder and editor of The Thinking Person's Guide to Autism.

She is one of CafeMom's autism experts, and is one of Babble.com's Top 25 Autism Bloggers. Shannon's radio interviews on autism, parenting, and blogging include KQED Forum, KCUR Central Standard, and News Talk KIRO. She has been a speaker at several conferences, including BlogHer and UCSF Developmental Disabilities. She has edited several anthologies and contributed stories to numerous books, including the award-winning My Baby Rides the Short Bus. Shannon and her son Leo were featured in Apple's iPad: Year One video, which was introduced by Steve Jobs at Apple's iPad2 Keynote in San Francisco.
at 6:50 AM