A new study being presented at the Cognitive Neuroscience Society annual meeting is one of a growing number of experiments on how working-memory training can measurably improve a range of skills — from multiplying in your head to reading a complex paragraph. 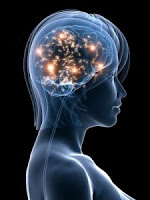 Researchers posit brain training exercises that increase the number of items an individual can remember over a short period of time may boost performance in other problem-solving tasks by enhancing communication between different brain areas.

“Working memory is believed to be a core cognitive function on which many types of high-level cognition rely, including language comprehension and production, problem solving, and decision making,” said Brad Postle, Ph.D., of the University of Wisconsin-Madison.

Work by various neuroscientists to document the brain’s “plasticity” — changes brought about by experience — along with technical advances in using electromagnetic techniques to stimulate the brain and measure changes, have enabled researchers to explore the potential for working-memory training like never before, he said.

The cornerstone brain-training exercise in this field has been the “n-back” task, a challenging working memory task that requires an individual to mentally juggle several items simultaneously.

Participants must remember both the recent stimuli and an increasing number of stimuli before it (e.g., the stimulus “1-back,” “2-back,” etc). These tasks can be adapted to also include an audio component or to remember more than one trait about the stimuli over time — for example, both the color and location of a shape.

Through a number of experiments over the past decade, Susanne Jaeggi, Ph.D., of the University of Maryland, College Park, and others have found that participants who train with n-back tasks over the course of approximately a month for about 20 minutes per day not only get better at the n-back task itself, but also experienced a small amount of “transfer” to other cognitive tasks on which they did not train.

However, a still unresolved (and controversial) opinion relates to which factors determine whether working-memory training will generalize to other domains, as well as how the brain changes in response to the training.

To answer these question, Postle’s group used a new technique of applying electromagnetic stimulation on the brains of people undergoing working-memory training.

Bornali Kundu, who works in Postle’s laboratory, used transcranial magnetic stimulation (TMS) with electroencephalography (EEG) to measure activity in specific brain circuits before and after training with an n-back task.

“Our main finding was that training on the n-back task increased the number of items an individual could remember over a short period of time,” said Kundu.

Researchers also discovered this increase in short-term memory performance was associated with enhanced communication between distant brain areas, in particular between the parietal and frontal brain areas.

“The overall picture seems to be that the extent of transfer of training to untrained tasks depends on the overlap of neural circuits recruited by the two,” Kundu says.

Many cognitive neuroscientists believe that working-memory training can specifically help clinical populations, such as patients with ADHD.

“If we can learn the ‘rules’ that govern how, why, and when cognitive training can produce improvements that generalize to untrained tasks, it may be that therapies can be developed for patients suffering from neurological or psychiatric disease,” Postle said.

Indeed, researchers have had success with such training for children with ADHD, decreasing the symptoms of inattention.

“I would not expect the same sorts of transfer effects that have been seen with working-memory training to happen if an individual practiced a task that used a minimally overlapping network, such as, for example, shooting three-pointers — which presumably uses different brain areas like primary and secondary motor cortex and the cerebellum.”

Jaeggi said it is important to understand that cognitive abilities are not as unchangeable as some might think.

“Even though there is certainly a hereditary component to mental abilities, that does not mean that there are not also components that are malleable and respond to experience and practice,” she said.

“Whereas we try to strengthen participants’ working memory skills in our research, there are other routes that are possible as well, such as, for example, physical or musical training, meditation, nutrition, or even sleep.”

Despite all the promising research, Jaeggi said, researchers still need to understand many aspects of this work, such as “individual differences that influence training and transfer effects, the question of how long the effects last, and whether and how the effects translate into more real-world settings and ultimately, academic achievement.”

Source: Cognitive Neuroscience Society.
at 9:56 AM