Your teenager seems to be constantly plugged into a screen, or worse yet, several screens at once. She’s watching a movie on one side of her screen, writing an essay on the other side, texting on her phone and listening to music all at the same time. This may sound like life as usual in your home, but this type of behavior is linked with growing attention problems among American children.

Diagnoses of ADHD are rising at shocking rates. Eleven percent of U.S. children were diagnosed with it at least once in their lifetime, a 53 percent increase since 2003, according to the Center for Disease Control and Prevention.

Many doctors are concerned that healthy children are being misdiagnosed, but there’s no doubt that attention problems are on the rise. 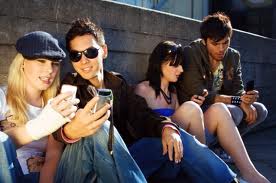 Research supports a link between technology use and attention problems.

Larry Rosen, Ph.D., psychology professor and author of iDisorder: Understanding Our Obsession With Technology and Overcoming Its Hold On Us, says research doesn’t definitively support a “causative link” between technology use and attention problems, but it does support some link between the two.

He and others from California State University, Dominguez Hills, published a study, Facebook and Texting Made Me Do It: Media-Induced Task-Switching While Studying, which found that for kids ages 4 to 8, amount of technology use and chances of attention problems were linked.

For tweens (ages 9 to 12), the use of video games specifically predicted increased attention problems. For teenagers, more media use, more video gaming and more online time predicted an increase in both attention and behavioral problems.

Multitasking effectively is only somewhat possible when someone performs very simple tasks that aren’t similar to each other, Rosen says. What is commonly called multitasking, especially for young people who use technology often, is really “task-switching,” which is counterproductive.

The study found that students from the middle school to university level were more likely to become distracted when they multitasked often—that is, when they tended to task-switch rather than complete one task before moving on to another.

For kids who are constantly using technology, multitasking is inevitable. Rosen suggests that this may be one aspect of technology that is contributing to the attention problems that plague many students today.

Children’s screen time should depend on their age.

Shielding your child from technology is virtually impossible—and probably counterproductive—in today’s world. “It is critical that young kids get lots of non-screen time, but do get some screen time, so they experience the same world as their peers do,” Rosen says.

Media use should be a family issue.

Parents don’t talk to their kids about media use enough. It’s not often given the same weight as other common parenting issues, despite the fact that it plays a huge role in children’s development. Rosen suggests holding family meetings as soon as your child is old enough to be using any technology at all, including television.

With young children, the meetings might be just a few minutes long, and include simple questions such as “What do you like about television?” or “What are your favorite TV shows?” As children get older, the meetings should stretch to as long as fifteen minutes.

You might ask teenagers questions such as “I’ve heard about kids your age who were bullied online. Have you heard of anything like that happening?”

Stay as nonjudgemental as possible, encouraging an atmosphere of trust.

Many parents have fought the battle for years, trying to coax their children to use less technology. As researchers continue to learn more on the topic, it becomes increasingly apparent that fighting the battle is worth the effort. Weigh the benefits of technology against the possible risks, and talk to your children about it impacts their lives.
at 8:09 AM