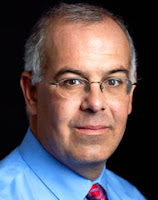 In the 1990s, Vincent Felitti and Robert Anda conducted a study on adverse childhood experiences. They asked 17,000 mostly white, mostly upscale patients enrolled in a Kaiser H.M.O. to describe whether they had experienced any of 10 categories of childhood trauma. They asked them if they had been abused, if their parents had divorced, if family members had been incarcerated or declared mentally ill. Then they gave them what came to be known as ACE scores, depending on how many of the 10 experiences they had endured.

In Paul Tough’s essential book, “How Children Succeed,” he describes what’s going on. Childhood stress can have long lasting neural effects, making it harder to exercise self-control, focus attention, delay gratification and do many of the other things that contribute to a happy life.

Tough interviewed a young lady named Monisha, who was pulled out of class by a social worker, taken to a strange foster home and forbidden from seeing her father for months. “I remember the first day like it was yesterday. Every detail. I still have dreams about it. I feel like I’m going to be damaged forever.”

Monisha’s anxiety sensors are still going full blast. “If a plane flies over me, I think they’re going to drop a bomb. I think about my dad dying,” she told Tough. “When I get scared, I start shaking. My heart starts beating. I start sweating. You know how people say ‘I was scared to death’? I get scared that that’s really going to happen to me one day.”

Tough’s book is part of what you might call the psychologizing of domestic policy. In the past several decades, policy makers have focused on the material and bureaucratic things that correlate to school failure, like poor neighborhoods, bad nutrition, schools that are too big or too small. But, more recently, attention has shifted to the psychological reactions that impede learning — the ones that flow from insecure relationships, constant movement and economic anxiety.

Attention has shifted toward the psychological for several reasons. First, it’s become increasingly clear that social and emotional deficits can trump material or even intellectual progress. Schools in the Knowledge Is Power Program, or KIPP, are among the best college prep academies for disadvantaged kids.

But, in its first survey a few years ago, KIPP discovered that three-quarters of its graduates were not making it through college. It wasn’t the students with the lower high school grades that were dropping out most. It was the ones with the weakest resilience and social skills. It was the pessimists.

Second, over the past few years, an array of psychological researchers have taught us that motivation, self-control and resilience are together as important as raw I.Q. and are probably more malleable.

Finally, pop culture has been far out front of policy makers in showing how social dysfunction can ruin lives. You can turn on an episode of “Here Comes Honey Boo Boo,” about a train wreck working-class family. You can turn on “Alaska State Troopers” and see trailer parks filled with drugged-up basket cases. You can listen to rappers like Tyler, The Creator whose songs are angry howls from fatherless men.

Schools are now casting about, trying to find psychological programs that will help students work on resilience, equanimity and self-control. Some schools give two sets of grades — one for academic work and one for deportment.

And it’s not just schools that are veering deeper into the psychological realms. Health care systems are going the same way, tracing obesity and self-destructive habits back to social breakdown and stress.

When you look over the domestic policy landscape, you see all these different people in different policy silos with different budgets: in health care, education, crime, poverty, social mobility and labor force issues. But, in their disjointed ways, they are all dealing with the same problem — that across vast stretches of America, economic, social and family breakdowns are producing enormous amounts of stress and unregulated behavior, which dulls motivation, undermines self-control and distorts lives.

Maybe it’s time for people in all these different fields to get together in a room and make a concerted push against the psychological barriers to success.

Re: “The Psych Approach” (column, Sept. 28) -- Thanks to David Brooks for calling attention to the effect that trauma can have on children. Understanding that adverse childhood experiences can lead to a cascade of social, cognitive and emotional problems, high-risk behavior and ultimately early death is the first step in addressing them.

The interdisciplinary work Mr. Brooks calls for began more than 15 years ago. A number of organizations working at the district, state and national level have developed a new vocabulary for addressing the needs of traumatized children, and new ways of structuring the school environment.

The spreading “trauma sensitive schools” movement has created a shared understanding of the coordination needed among teachers, administrators, social workers, and even bus drivers and cafeteria workers to create the safe and supportive environments these children, and all children, need.

Organizations working to address the effect of childhood trauma need the support this critical public policy issue requires and its inclusion in the education reform agenda.

The writer is director of the Trauma and Learning Policy Initiative, a joint program of Harvard Law School and Massachusetts Advocates for Children.
at 7:52 AM