Second and third concussions take more recovery time, new research shows, but many concussions are not adequately identified in the first place.

A long overdue and growing body of research on concussions is providing today’s young athletes, parents and coaches with more information about identifying and treating head injuries—but not all of that is reliable. 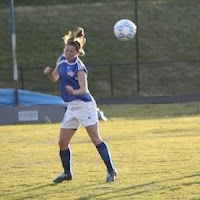 For instance, one new study on concussions offers valuable information about recovery time, whereas potentially flawed conclusions in a second new study illustrate one of the biggest challenges in studying youth concussions—missed diagnoses.

An estimated 170,000 children go to the emergency room for concussions annually, but this number does not capture the millions treated outside of hospitals by athletic trainers, family doctors or specialists. The sports with the most reported concussions are boys’ football and girls’ soccer, but bicycling, basketball and playground activities are also among the most common ways children sustain these head injuries.

Symptoms can include dizziness, fatigue, nausea, headache and memory or concentration problems. After a concussion is identified, the primary treatment is physical and cognitive rest, although the amount of rest needed is not always medically clear.

The first study, published June 10 in Pediatrics, found that recovery takes up to two or three times longer if a child has sustained one or more concussions within the past year, further supporting reasons “to be cautious about returning young athletes to sports after a concussion,” says lead author Matthew A. Eisenberg of Boston Children’s Hospital.

Yet, ensuring a child has more time to rest after sustaining an additional concussion is harder to do if the injury is not properly identified. In fact, an estimated 70 to 90 percent of concussions in sports are never diagnosed, say Robert Cantu and Chris Nowinski, co-directors of the Center for the Study of Traumatic Encephalopathy at Boston University.

Flaws in the methodology of the second study (pdf), published June 6 in the Journal of Pediatrics, inadvertently elucidate one way that happens.

The study, led by Anthony P. Kontos at the University of Pittsburgh Medical Center, claims to find that fewer concussions occur during preteen football practices than occur during games, but Cantu and Nowinski say it really just shows how many concussions are missed during practices due to a lack of trained eyes on those fields.

In Eisenberg’s study, 280 patients, aged 11 to 22, were examined for up to 12 weeks after ER treatment for concussion, defined as a head injury that alters mental status or is followed by any new symptoms within the subsequent four hours. About 64 percent of the concussions resulted from sports, primarily hockey, soccer, football and basketball.

Eisenberg’s findings confirm prior research on concussions in animals. Longer recovery times for second concussions could be explained by cumulative structural damage to the brain’s white matter. It is possible that injured brain cells “have not fully recovered, which may indicate that the window of recovery for the initial concussion is much longer than previously thought,” Nowinski says.

A more useful analysis would also have taken into account the severity of subjects’ previous concussions and the time interval between multiple concussions, Cantu says.
at 7:06 AM