For her new book, The Big Disconnect: Protecting Childhood and Family Relationships in the Digital Age, Catherine Steiner-Adair Ed.D., a clinical instructor in the department of psychiatry at Harvard, a school consultant and a therapist in private practice, interviewed more than one thousand children between the ages of 4 and 18 to find out how technology was impacting their relationships and their social and emotional lives.

What Steiner-Adair discovered was neither surprising, nor comforting: Technology is becoming a kind of “co-parent;” too much screen time is impeding childhood development; and parents’ obsession with their devices is harming communication with their children and even fracturing families.

Just in time for back to school, The Huffington Post asked Steiner-Adair to tell us the eight essential things parents with children of all ages need to know about screens.

1. Don’t put your baby in front of a screen. Ever.

If you’re not convinced by the recommendation of the American Academy of Pediatrics, then consider this: “We don’t know yet the chemical interaction between a smartphone and a baby’s brain," says Steiner-Adair. One 2010 Danish study of 28,000 children found that exposure to cell phones before and after birth seemed to lead to an increased risk for behavioral problems. 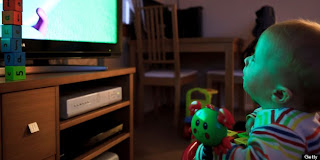 Beyond that, one of the most important skills a baby needs to learn, Steiner-Adair says, is how to calm herself down. “If you hand [a young child] a screen of any kind when they’re frustrated, you’re teaching them how not to self-soothe,” she says. “You’re handing them a stimulant. Your baby’s brain is brilliant and what it needs is good stimulation and soothing from you. You are the best app for your child.”

2. And think hard about putting your toddler in front of one, too.

“A child only has from 0-5 to develop neurologically what we call the sensorium -- that’s the part of the brain where pre-literacy, kinesthetic movement, and language development happens,” says Steiner-Adair. This kind of brain development takes place through outdoor play, building, dancing, skipping, coloring -- all activities involving multi-sensory engagement. This kind of healthy engagement is basically the opposite of passively swiping a finger across a screen, says Steiner-Adair. 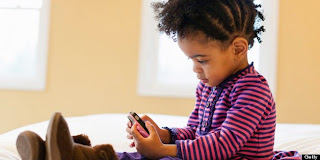 While she acknowledges that decent games and apps exist -- Steiner-Adair directs parents to Common Sense Media’s website for recommendations -- she insists that replacing play “IRL” with play on a screen is not what children this age need.

3. Teachers can tell if your child is getting too much screen time.

Educators interviewed for Steiner-Adair’s book said that kids who spend too much time in front of screens play differently -- and less creatively -- than other children. Those who act out “Mario Brothers” or “Angry Birds” in the school yard aren’t tapping into their capacity to create their own narratives, says Steiner-Adair. “Instead of saying ‘look how high I can go’ when they’re on the swings, they say ‘look, I got to the next level!’” she says.

Teachers also told the author that students who play a lot of video games don’t seem to have as much patience to sit still in the classroom, especially when they are being read to. “The capacity for attention doesn’t develop as well when kids are used to interacting with a screen that’s instantly gratifying, instantly stimulating, and provides them what the answers for the next level,” says Steiner-Adair.

4. Your kids hate your screens.

Steiner-Adair says that what came up again and again during her interviews with hundreds of kids was how frustrated, sad and angry they were about having to compete with screens for their parents’ attention. “Children hate it when their parents pick them up and are on their phones and don’t even turn to say, ‘Hi honey, how was your day?’ Instead they’re giving them the shhh one minute signal which basically says ‘you’re not as important to me as whoever this other person on the phone is.’ 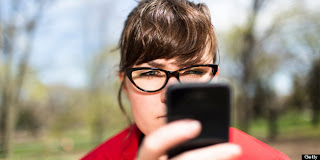 Car rides to and from school as well as dinner, bath and reading time -- parents should be present and phone-free for all of these daily rituals, she says. “Kids do not need our undivided attention all day long, but they do in those real-life moments of talking and reading and doing the hard work of parenting -- dealing with meltdowns, teaching them how to pick up their clothes.”

The bottom line: If you think your kids don’t notice that you’re distracted, you’re deluding yourself. One of Steiner-Adair’s subjects told her, “I miss the olden days when families were more important.”

5. Just because we can be connected to work 24/7 doesn’t mean we should be.

Many parents argue that part of why they’re plugged in during family time is because they feel they have to be available to their employers. “You either sacrifice being a good mother or father and the very limited time you have to raise your children -- or you sacrifice and risk your job to support your ability to live,” says Steiner-Adair. “This is not healthy for anybody and it’s a no-win choice.” 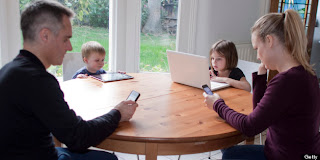 Being constantly on call or being afraid of missing something if you don’t check your work email means you’re preoccupied and stressed when you should be enjoying your family. Steiner-Adair says that if the modern workplace is ever going to change, parents must ask employers for modulated schedules and speak up about their need to unplug.

Steiner-Adair asks parents to answer this question honestly: “First thing in the morning, do you roll over in bed and look at your phone and scroll through it -- or do you roll over and cuddle your partner?” Kids are acutely aware of their parents’ disengagement from each other. 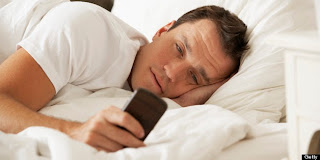 In her interviews with children, many spoke to Steiner-Adair about their parents’ constant bickering over screen rules (such as no phones at the table) and said that they view their parents as hypocrites when they see them flouting the family guidelines they’ve set up. “Kids see parents talking to each other about something important and then one of them answers a call mid-conversation,” she says. “One parent has dropped the other parent. What does it say to kids about how we connect to the people we love the most?”

7. In order to be a good parent, you need to take care of yourself.

“Adults use screens the same way kids do -- to avoid interaction and to avoid relying on our own inner resources," says Steiner-Adair. Increasingly when parents have a few minutes to recharge they are using that time to browse Facebook, send texts, etc. “It’s so much easier than picking up a magazine or putting your feet up on the couch and having a mini moment of relaxation -- or going for a walk and getting some fresh air-- all these things that we know actually make us feel better.”

Some parents may feel that browsing Instagram or scanning the news is actually a calming way to take a break, but Steiner-Adair is skeptical. “Checking your email is not relaxing,” she says. ”Holding a tiny little hand held screen is not visually relaxing.”

8. Sorry, but you really don’t know what your kids are doing online. But that doesn’t mean you should give up trying.

Steiner-Adair points to a June, 2013 McAfee study, “Digital Deception: Exploring the Online Disconnect Between Parents and Kids,” as evidence that parents are often clueless about what their kids are doing online -- and says that their ignorance is seriously harming their kids. Among the study’s findings: 80 percent of parents don’t know how to check up on what their kids are doing online. Not only that, 74 percent “simply admit defeat and claim that they do not have the time or energy to keep up with their children and hope for the best,” according to the study’s authors. 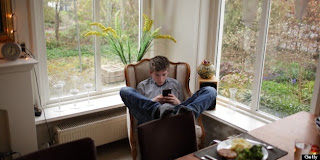 But Steiner-Adair says defeat is not an option when you consider all of the damaging content kids can easily stumble upon online. While interviewing kids for her book, Steiner-Adair says, several teen boys asked her questions about sexual scenes they’d seen online. “They would say, ‘can you help me understand why a woman would want to be choked while having sex? Why would she want to be peed on?’”

Indeed, the McAfee study found that over 57 percent of 13-23 year olds use the Internet to search sexual topics while only 13 percent of parents believe they do.

Steiner-Adair sees hope in at least one of the McAfee stats: Nearly half of the teens surveyed said they would change their online behavior if they knew their parents were watching. “This means we can have an impact,” Steiner-Adair says.

In addition to making sure that all computer use is done in a public place in the home, Steiner-Adair recommends that parents and kids sign an agreement that clearly states acceptable and unacceptable online behavior – and post it prominently. “The reason you’re supposed to sign it and post it is to remind kids, but also so that when other kids come over it makes it easier for your child to say, ‘oh no, I’ll get in too much trouble if I go to that site. See, I have the worst parents in the word," Steiner-Adair says. “That’s what you want your kids to say. You want to be that worst parent in the world.”